Sightseeing in Algiers - what to see. Complete travel guide 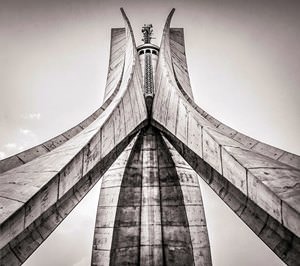 Algiers is a capital of the country of the same name. This old city is rich in famous sights and different types of entertainment. The city traditionally attracts different travellers and it will be interesting for shopping addicts, gourmet, and, certainly, for everyone who wishes to visit interesting places and wants to get acquainted with culture of distinct countries.
Cuisine of Algiers for gourmet with top restaurants and cafe
Algerian national cuisine is characterized by an abundance of vegetable dishes, fish, and rare seafood, as well as excellent sweets. Fans of gastronomic tourism often choose Shorba soup, …

Open
You can find numerous shops and markets with original souvenirs and other products in any part of the city. Wonderful carpets remain one of the most attractive goods in Algiers, sharing their popularity with jewelry and wooden interior accessories. While staying in this city don’t forget to try local exotic cuisine and a famous national dish loubia, the receipt of which is kept in secret by local chiefs. The major special appeal of this dish is in an unforgettable mix of spices and flavoring.
Shopping and dining at restaurants is good to combine with sightseeing. The city is full of old mosques and other buildings created many centuries ago. Jamaa el-Jedid mosque is one of the most beautiful religious buildings in the city. The oldest region of Algiers is Kasba. Here you will find many dark narrow streets, buildings of unusual forms and small squares. Kasba looks like a city within a city – a mysterious and gloomy place, the quarters of which were built in the 16th century. The most picturesque region remains Constantine, where travellers will see wonderfully beautiful forests and groves, mountain creeks and rare birds. Copyright www.orangesmile.com
Authentic traditions, festivals and lifestyle of Algiers inhabitants
Algeria is one of the largest and most surprising countries in the African continent. Here you can see wonderful examples of historical heritage - Phoenician and Roman ruins, the sights of …

Open
One of the most famous sights and a “must visit” spot in a schedule of every traveller remains the Hammam Meskoutine spring. The temperature of water in this spring reaches 98 degrees and it is known for its treatment abilities and is told to cure from many diseases. 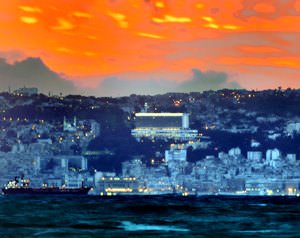 Among the cultural monuments of Algeria, Notre Dame d'Afrique deserves full attention. Having been built in 1872, this cathedral is a prime example of neo-Byzantine architectural style. Made of out stone, this temple is incredibly beautiful, and is located right next to several other interesting historical buildings and sculptures. The temple is located on a hilltop, and offers a wonderful view of the city and the coast from its surrounding area.
Excursion over cultural sights of Algiers - 'must visit' points of interest
In terms of sightseeing, the most interesting area is the Old City where many magnificent architectural buildings have been preserved. This is the place where you can find three beautiful …

Open
Equally striking monument of colonial times is the Ketchaoua Mosque, its look combining an incredible mix of Moorish and Byzantine style. The mosque was built in the 17th century, and during its construction and decoration rare breeds of black and white marble were used. Some elements of the original decoration are preserved to this day. The mosque walls kept a lot of interesting historical relics, which can be observed by anyone. 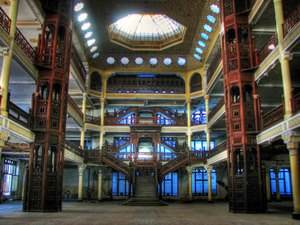 One of the oldest buildings in the city is considered to be the Grand Mosque, that was built in 1097 by the order of the sultan Al-Afdal ibn Salah. This mosque is located in the historic district of the Kasbah and is valid to this day. Over the years of its existence it was repeatedly rebuilt and expanded, but in general the construction managed to keep its original appearance.
Your active city break in Algiers. Attractions, recreation and entertainment - best places to spend your day and night here
In the capital, you will find a lot of comfortable hotels, a wide selection of restaurants, bars, cafes and, of course, nightclubs. In the Zeralda tourist complex, you will find the great …

Open
Fans of natural attractions, will too be pleased, as in the immediate vicinity Algeria, a Djurdjura National Park is set. It covers an incredibly beautiful mountain region; this park was founded in 1925. Tourists are offered dozens of options of hiking trails, during which you can admire the marvellous mountain scenery and see rare species of plants. It is important to note that the nature reserve will be interesting to visit even in winter, as a popular ski resort Tikdzhda is set within its territory. 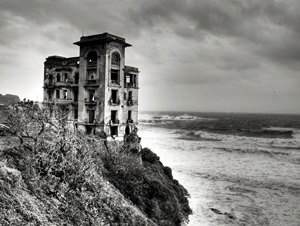 One of the most extraordinary monuments in the city is considered to be the Martyrs' Memorial, also known to tourists under the unofficial name of "the Algerian Eiffel Tower." The height of the monument is 92 meters; it is perfectly visible from any area of the city. This monument is dedicated to the persistence of the Algerian people, there is honoured guard on duty at all times, and on top of the monument is an eternal fire.

This guide to iconic landmarks and sights of Algiers is protected by the copyright law. You can re-publish this content with mandatory attribution: direct and active hyperlink to www.orangesmile.com.
Algiers - guide chapters 1 2 3 4 5 6 7 8 9 10

City tours, excursions and tickets in Algiers and surroundings

National and city parks around Algiers
♥   National Park 'Parc National de Chréa' , 48.1 km from the center. On the map

Art galleries in Algiers and around
♥   Art museum 'National Museum of Fine Arts of Algiers' Algiers, 2.8 km from the center. On the map

♥   Art museum 'Museum of Modern Art of Algiers' Algiers, 3 km from the center. On the map

♥   Art museum 'Museum of Popular Arts and Traditions' Algiers, 4.1 km from the center. On the map

Sightseeing in Algeria: things to see

This amazing country is home to unique landmarks and culture masterpieces. The capital of the country, Algeria, is particularly rich in various places of interest. The main landmarks here include the Jamaa-el-Jedid Mosque and Place of the Emir Abdelkader, the building of which took place in the 17th century. These grandiose buildings are well-known far beyond the borders of the country. In the mountains, on one of high hills, visitors will find another famous landmark - Notre Dame d'Afrique, which shining cupolas are seen from the coast. Algeria has both new and historical districts. The old city is a wonderful place full of ancient buildings and beautiful squares adorned with marble and flower beds. This district is called Casbah, which can be translated as “fortress” from Arabian. Besides that, there are several interesting museums, the oldest university in the city, several old libraries and a spectacular botanic garden in the capital. … Open

Search touristic sites on the map of Algiers

Sightseeing in regions nearby Algiers

Formentera
There are several hotels and resorts on the island. However, they are not able to accept all tourists, so many people prefer to live in hotels in Ibiza and come to Formentera to enjoy beach rest. Despite the fact that this town is very small, you will find here several attractions in addition to wonderful beaches. The central square is the location of the church built in the ... Open »
Ibiza
The resort is located on one of the picturesque islands on the Mediterranean Sea. For convenience the island is divided into several districts with each of them famous for some distinctive features and advantages. So called Ibiza Town is considered the historical center of the city. Here is located the majority of sights and old architectural buildings. The region has managed ... Open »
Ibiza Island
Guests of popular Santa Eluaria des Riu resort have an opportunity to visit one of the most unique landmarks of the island, Es Puig de Missa hill. There is an amazing church there; several local houses and defensive wall were built in late medieval time. The old settlement has survived until nowadays and turned into the unique open-air museum representing works of Barrau. Museo ... Open »
Paguera
Some call this city a Little Germany because there are always so many German tourists in Paguera. First urban settlements started appearing here in the beginning of the 20th century. Rich Spaniards built many houses here. They were attracted by wonderful nature and peaceful atmosphere. Originally there was a small settlement on the site of the modern city. The inhabitants of ... Open »
Palma de Mallorca
Several people made their impact on the development and culture of the city. This fact creates special unusual atmosphere of this place. The central part of Palma de Mallorca is more like a small village. Once upon a time here lived craftsmen; later fortifications, were built here, and today you will find here only small buildings that are not typical for modern cities. The ... Open »
Mallorca
For many years Mallorca was visited by numerous people and this formed the “army” of permanent elite vacationers. Among them there are many artists, musicians and writers, aristocrats and simply people who can afford this luxurious rest. Each year Mallorca is also visited by the Spanish royal family that comes to the island to get some rest. This island perfectly combines ... Open »

All about Algiers, Algeria - sightseeings, attractions, touristic spots, architecture, history, culture and cuisine. Prepare your trip together with OrangeSmile.com - find out the 'must see' things in Algiers, which places to visit, which excursions to take, where the breathtaking views are waiting for you. Planning your trip with this travel guide will help your to get the most out of Algiers in few days.