Religions and languages in Albania 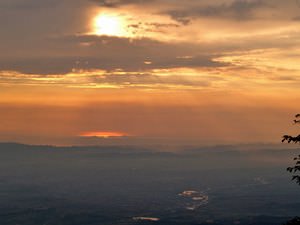 More than 3.5 million people live in Albania. Albanians are descendants of one of the most ancient settlements on the territory of the Balkan Peninsula. Many ethnologists note that they are followers of the Illyrians. Today, the national and ethnic situation in the country is fairly homogeneous. The state language is Albanian. Letters of the Latin alphabet are used for writing. Today, it has been established that Albanian is not in close relations with other language structures in the world. The classical literary Albanian language began its formation from the middle of the 19th century. In 1918, the country gained her independence. In the first year of World War II, Albania was invaded by Italy, and later, Germany itself. In 1946, Albania declared itself a people’s republic, and from that moment on began active work on the lexical composition of the Albanian language.
State construction and political life of Albania
In 1946, Albania was recognized as an independent people’s republic. It was in this same year that the Constitution of the country was created and …
Read further
As of today, more than 6 million people consider Albanian to be their native language; most of them live in Albania and the others are residents of Macedonia and Montenegro. Thanks to the sea connections with the islands of Greece, Albanian-speaking communities can also be found in this country. To date, experts record at least 2 dialects of the Albanian language, which are actively used and differ in terms of phonetics. The so-called northern dialect is referred to the locals as Tosk Albanian. In due time, it became the basis for the creation of classic literary language. The southern dialect n the other hand, the locals call Gheg. It gradually began to develop at the end of the last century.
Today, the country is dominated by the Tosk dialect, while the Gheg dialect is considered the native language of about 300,000 locals. In the study of the Albanian language, many people note that it is somewhat similar to Serbian and Macedonian, and the pronunciation of many words is similar to Latvian and Hungarian languages. Historically, the Albanian language was greatly influenced by ancient Rome. First, they started using Roman alphabet, and besides this, changes were made at the lexical level and in the rules of grammar. During the formation of the independent state, phrases and words from Slavic and Greek languages gradually began to appear in the Albanian language. In addition to the Albanian language, about 3% of the local population speaks Greek fluently, which also illustrates the emigration of Greeks to the territory of the country from neighboring islands. In addition, there are small linguistic groups of Gypsies, Serbs and Romanians. Copyright www.orangesmile.com
Albania economy - strengths, wealth and problems
Albania’s economy has gone through better years. A few decades ago, the country simply did not have enough money for the re-equipment of certain …
Read further
Albania is a secular country in which the state is completely separated from religion. In addition, the country’s Constitution makes provision for full equality between representatives of different faiths and the freedom of citizens in regards to choice of religion. Discrimination based on religious grounds within the country is a punishable offense. According to last year’s census, about 70% of all locals are Muslims. At the same time, this religion is practiced not only by Albanians, but by emigrants from other countries. Islam achieved almost complete domination in the northern and central regions of the country. 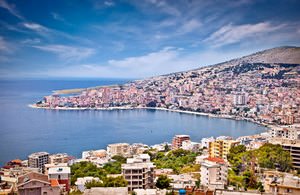 Most devoted Muslims consider themselves Sunnis, that is, supporters of the Hanafi madhhab. Less than 20% of Muslims are soffits and are affiliated to the Bektashi Order. It is worth noting that Albania today, is the first and only European country that is part of the organization of Islamic cooperation. Throughout the country, there are lots of different holy buildings for Muslims, which they visit not only on holidays, but also weekly, to hold prayers and cleanse the soul of sins. Children in Muslim families are taught all the subtleties of the religion from an early age. Albanians treat tourists who are dismissive of the Muslim statutes, with indignity.
Albania sightseeing - top places to visit
Albania is a country of rich heritage, wonderful nature and appealing culture. Every city of Albania is home to numerous places of interest and …
Read further
Less than 30% of Christians live in Albania, with the vast majority of them being supporters of the Latin rite, and about 7% of them consider themselves Orthodox. Christians are concentrated mainly in the warmest regions of the southern coast. There is a small assembly of Protestants, which consists of 20 thousand believers. In addition, Baptists, Adventists, and followers of various sects can be found throughout the country. The Jehovah’s Witnesses are considered the most popular. Conflicts are often observed between the sects themselves, but at the moment there have been no serious clashes. At the beginning of this century, local residents of the southern regions tried to ban the creation of new religious associations, but the idea failed.

This article about religions and languages in Albania is protected by the copyright law. You can re-use the content, but only under the condition of placement of an active link to www.orangesmile.com.
Albania guide chapters 1 2 3 4 5 6

Photogallery of iconic places of Albania