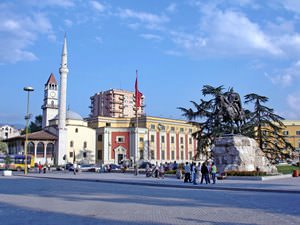 In 1946, Albania was recognized as an independent people’s republic. It was in this same year that the Constitution of the country was created and signed. To date, it has been amended and supplemented. Albania is today a developing democratic republic, a unitary state in which the presidential form of government operates. In recent years, a democratic political regime has been chosen in the country. It is currently in its infancy. The head of the country is the President. He is not elected by the people, but by the national assembly. The President of the country is elected for a term of service of 5 years.
Best visiting periods - the climate of Albania
Albania is dominated by a continental climate in the north, and a Mediterranean climate in the south. The variability and high contrast of climatic …
Read further
The President of Albania has every right to impose a veto on a law passed by Parliament. He is the guarantor of the integrity and independence of the state. The President also represents Albania in the international arena, participates in all solemn state events, and is obliged to observe the Constitution of the country. He is required too to respect the rights and freedom of citizens, and promptly promulgate bills established by Parliament. It is also the President’s duty to appoint a Prime Minister. In case of disputes, the President may remove the Prime Minister from office. The Prime Minister himself proposes candidates for the posts of heads of relevant ministries to form the government.
The main legislative body is the unicameral parliament, which in Albania is called the national assembly. It includes about 140 deputies, and each official gets to his post through general elections. The term of office of an official as deputy of the national assembly is 4 years. In order for a decision or bill to be approved by the assembly, a majority of votes among those present at the session is necessary. If we are talking about making amendments to the Constitution, then a majority of votes from the total number of the members of the National Assembly is needed. The main executive body in Albania is the Council of Ministers, headed by the Prime Minister. The government is assigned the function of determining the state’s future, foreign policy, and the distribution of responsibilities among local authorities. Copyright www.orangesmile.com
Overview of the optimal transportation means in Albania
Albania has a fairly comfortable and extensive system of transport connections, as it is focused on receiving tourists. That notwithstanding, most …
Read further
The Constitution of Albania makes provision for an independent judiciary. The country has a Constitutional Court, a Court of Appeal, a Court of Cassation, as well as the courts of first instance. All judges of the Constitutional Court are appointed personally by the President. The judiciary includes 9 specialists, who have a term of office of 12 years each. The Court of Cassation has the highest legal power. Its judges are elected by the President together with the national assembly. It is worth mentioning that Albania has a clear administrative-territorial division into 37 districts. All local government leaders are chosen by the local population of a particular district. The term of office of each official in the administration is 4 years. The local government is responsible for organizing and replenishing the local budget, as well as approving expenditures for various spheres of life, including construction, utilities, public education, medical care, mass cultural events, among others. 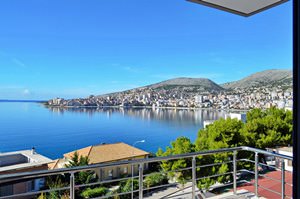 For quite a long time, Albania was considered one of the most isolated countries in all of Europe, and its leaders constantly avoided any lingering relations with neighboring countries. However, as of today, the country has managed to establish friendly relations with the countries of the Balkan Peninsula, as well as with Serbia, Montenegro, Macedonia, Greece, Spain and other cities. That notwithstanding, the Albanian government is still concerned about the situation of Albanians living in Kosovo. About 30 years ago, Albania began political, trade and economic relations with the United States of America and the European Union. Financial assistance from the West has significantly improved the economic situation in the country. In 1996, America provided Albania a loan of $200 million. About $70 million was transferred to the state by the European Union in the form of non-refundable assistance.
The soul of Albania - religions and languages
More than 3.5 million people live in Albania. Albanians are descendants of one of the most ancient settlements on the territory of the Balkan …
Read further
At the beginning of the last century, the Albanian armed forces were considered one of the weakest among the neighboring countries. As of today, there are about 50,000 military personnel in the country, most of which are land forces. There is also a small navy in the country, as well as an air force of 8,000 people. If we take into account other military organizations that are based in Albania, there are about 100 thousand troops in the country. Military equipment, as well as military training on the territory of Albania, needs modernization. The technical support of the armed forces is currently rather weak.

This article about political life in Albania is protected by the copyright law. You can re-use the content, but only under the condition of placement of an active link to www.orangesmile.com.
Albania guide chapters 1 2 3 4 5 6

Photogallery of famous places of Albania