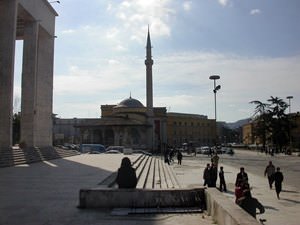 Albania’s economy has gone through better years. A few decades ago, the country simply did not have enough money for the re-equipment of certain areas of industry, which could help to bring its products to the international market. However, in the late eighties of the last century, the state began a relationship with countries of the European Union and even the United States of America. During this period, Albania received significant assistance from different countries, which supported the country’s economy on a viable level and saved it from collapse. Experts are still unable to objectively assess the situation of the country in the last 100 years, because during the times of the Soviet Union all data were strictly classified and so far most of them have not been made public.
Albania sightseeing - top places to visit
Albania is a country of rich heritage, wonderful nature and appealing culture. Every city of Albania is home to numerous places of interest and …
Read further
As for the fuel and energy base of the country, it is not sufficiently developed in Albania. Despite this, oil production is carried out on the territory of Albania. Gas production began at the beginning of the last century and is still gradually gaining momentum. The coal mining industry is extremely underdeveloped. It is not bad enough that during a certain period of time the reorganization of this industry did not happen, but the reserves of coal in the country turned out to be too small. There are deposits of brown coal here, and it has a very low thermal conductivity. Therefore, to extract such coal is not always profitable, even for domestic consumption. Hydropower began to actively develop during the Soviet era. Today, hydroelectric power plants accounts for about 6 billion kilowatt per hour.
As for minerals, there are quite a lot of them on the country’s territory. The deposits of copper and chromium contributed greatly to the development of the economy. As of last year, more than 30% of the total export value was gotten from the ore mining industry. At the beginning of the last century, there were no industrial enterprises at all in the territory of Albania. During independence, factories emerged for the manufacturing of hygiene products, furniture, cellulose products, olive oil, tobacco and other things. Breweries received special development. In Albania, there are several cement factories, textile mills, factories for the production of tannin, factories for processing fish and seafood. Copyright www.orangesmile.com
Best visiting periods - the climate of Albania
Albania is dominated by a continental climate in the north, and a Mediterranean climate in the south. The variability and high contrast of climatic …
Read further
Albania is a non-industrial and under-developed agrarian country. On its territory only 900 thousand hectares of land are arable land, 400 thousand hectares are pasture land. This is primarily due to the fact that three-quarter of the entire territory of Albania is covered by mountains. On the territory of the country are vineyards, which have become an excellent auxiliary for the development of the wine business. In addition, the production of cotton, tobacco, wheat and maize gained particular development. Despite attempts to provide the domestic market with its own livestock products, the country has so far failed. Improper work, low financing from outside, as well as lack of territory for breeding cattle locally, gradually aggravate the situation. The most important agricultural products that are exported are olives, potatoes, watermelon and tomatoes. 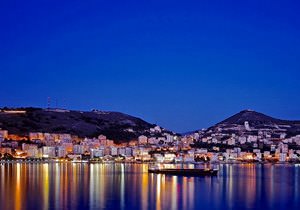 The railway plays a huge role in the transportation system of the country. It is intended not only for domestic trade, but also for cooperation with neighboring countries. On the other hand, the possibilities of maritime transportation are limited. Today, water transportation with several Italian and Greek ports is actively functioning. The main items exported are ore, in particular chromium. This makes Albania to be considered the leader in the export of these products to the world market. The main export partners are Italy, Kosovo, the United States of America, China, Germany and Greece. According to last year’s data, the value of total exports exceeded $2 billion.
Overview of the optimal transportation means in Albania
Albania has a fairly comfortable and extensive system of transport connections, as it is focused on receiving tourists. That notwithstanding, most …
Read further
In this case, there is a significant imbalance between income from exports and import spending; about $4 billion was spent last year. The main import items are machinery and technical equipment, equipment for production, food products, textiles and various chemical products. Albania’s import partners are China and Greece. Currently, the national debt of the country is about $8.5 billion. Despite the country’s active attempts to develop, Albania still remains one of the most underdeveloped countries in Europe. GDP per capita is about 3,000 Euros, despite the fact that more than 8% of the total local population lives in absolute poverty. The average wage is 350 Euros, and the unemployment rate has already reached 19%.

This article about Albania economics is protected by the copyright law You can re-use the content, but only under the condition of placement of an active link to www.orangesmile.com.
Albania guide chapters 1 2 3 4 5 6