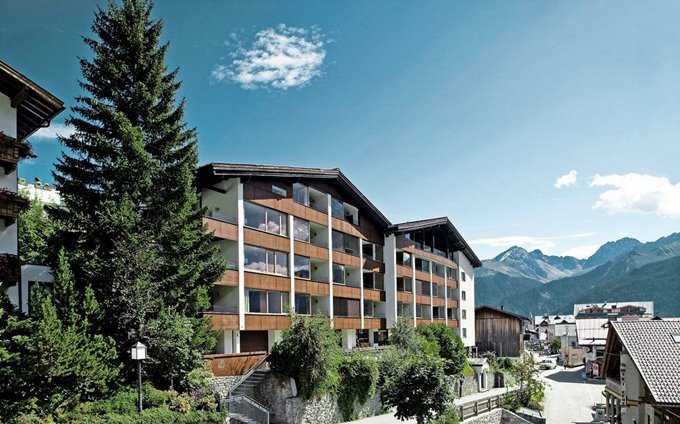 Interesting culinary traditions represent a vast part of the local culture; Tirol never ceases to attract fans of gastronomic tourism. For many centuries, is has been producing a magnificent cheese, some varieties of which are considered a real delicacy. Erlebnis Sennerei Zillertal dairy is considered a unique historical object; it has been operating for more than one hundred years. Now it is converted into an interesting museum.
Your active city break in Tirol. Attractions, recreation and entertainment - best places to spend your day and night here
Tirol can be visited at any time of year. Winter alpine landscapes attract fans of skiing; in warmer months there are lots of excursion fans and ecotourists here. The region offers excellent …

Open
Curious tourists will be interested in walking along the glass-enclosed gallery and watch skilled cheese-makers involved in cooking precious delicacies. There is also a great tasting room, where you can taste a variety of cheeses, and then buy your favorite in the local store. It’s recommended to taste cheese with a good glass of Austrian wine, but locals prefer other national drink - schnapps.
It is also an important symbol of the region; there are dozens of small factories in Tirol that produce schnapps. It is made of various fruits; pear, apple and plum schnapps are the most common. Owners of local distilleries willingly welcome travelers and arrange interesting excursions for them, which are also sure to include tasting of drinks. The common souvenir for foreign visitors is Meisterwurz schnapps flavoured with medicinal herbs and pine nuts. Copyright www.orangesmile.com
Advices to travellers: what you should know while being in Tirol
1. You can comfortably travel through the region not only by rail, but also by bus. Tram running along very scenic places is available to visitors of Innsbruck. 2. Given that the local …

Open
The region is famous not only due to its culinary traditions; it would be interesting to visit Tirol during colorful national holidays. Every year, Osterfestival Tirol is held in Innsbruck; it is considered one of the most cheerful and interesting national celebrations. The festival always includes a lot of interesting cultural events devoted to various religions, so the rest would be interesting and informative too. 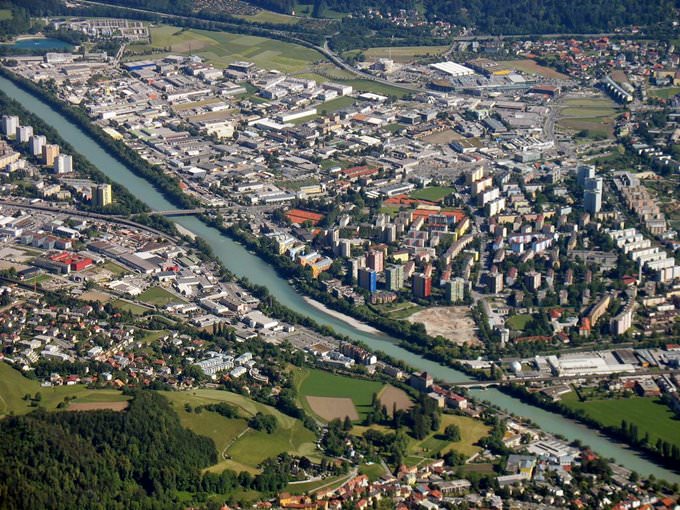 It’s impossible to imagine any national holiday without performances of musical groups. Tyrolean music is very catchy and fun; it won’t leave you indifferent. In addition to bottles of flavored schnapps, travelers often bring CDs with folk music to enjoy the unique atmosphere of Tirol in their home country.

This guide to traditions and festivals in Tirol is protected by the copyright law. You can re-publish this content with mandatory attribution: direct and active hyperlink to www.orangesmile.com.
Tirol - guide chapters 1 2 3 4 5 6

Cathedrals and basilicas near Tirol
♥   Herz-Jesu-Basilika, Hall in Tirol, 7.6 km from the center. On the map

♥   Basilika of St. Benedikt, Benediktbeuern, 52.4 km from the center. On the map

Survived castles around Tirol
♥   Castle 'Ambras Palace' , 12.7 km from the center. On the map

♥   Castle 'Reifenstein Castle' Freienfeld, 43.4 km from the center. On the map

During its thousand-year history, Austria has been a part of various empires. It has developed as an independent and strong state. This led to the fact that the Austrians managed to maintain their own traditions. At the same time, it absorbed a lot from other European cultures. The Austrian society, for a long time, was distinguished by a clear hierarchy and division into social classes. However, by the end of the 20th century, the middle class was noticeably stronger and stronger, so such differences became less noticeable. There is an aristocracy consisting of rich and famous families, whose history goes far into the past. However, the country is rightfully considered one of the most liberal in the whole of Europe. … Open

Colors of Tirol in photos

Traditions and festivals in cities around Tirol

Innsbruck
At first glance, the locals may seem proud and arrogant, but, in fact, they are quite welcoming and very friendly to visitors. Citizens of Innsbruck are very polite and courteous. They raise their voices rarely and usually hide their emotions (because of this they may seem a bit strict). However, the natives are very sociable and really love to have fun. For them resting in a ... Open »
Fulpmes
Live music is played every day in one of the local huts on the slopes near Fulpmes every Sunday in March. You can listen to country, folk, jazz, and electronic hits here. Unusual machine Pisten Bully 600 Park rides on the Schlick 2000 at the end of the second decade of the month. Its uniqueness is that it is the only mountain sound machine to date, which charges all around ... Open »
Garmisch-Partenkirchen
However, one cannot call the local people conservative. They separate with their favorite things easily, change their jobs often and wish to make new friends. Careful and reverent attitude can be seen only when they deal with their culture and traditions. The best way to get acquainted with local traditions is to visit the national holidays, each of which will surely be of a ... Open »
Kirchberg in Tirol
A very unusual event takes place in mid-July. This Is The Noric Stallion Challenge. Anyone who loves horses and animals in general or just wants to enjoy the beautiful spectacle of competition stallions in strength, agility, and ability to subdue rivals should get here. The Noric Stallion Challenge day begins with a small morning guided tour. The guide talks about what will ... Open »
Kitzbuhel
A few days after the end of the festival haute cuisine another large-scale festival, which will be interesting to all jazz fans, starts. Usually Jazz Festival takes place in the last week of March; not less than twenty concerts are held within festival. Among the participants of the festival, there are young music bands and popular artists that have fans all over the world. ... Open »

Cityguide on traditions, mentality and lifestyle of people in Tirol. Learn the best periods to visit Tirol to discover its soul - authentic festivals, events and celebrations. We will also reveal the interesting habits, attitude towards the world and to tourists in Tirol.