Sightseeing in Norrkoping - what to see. Complete travel guide

A major industrial center of Sweden, Norrkoping is sometimes called the "Swedish Manchester". The reason for this is in the fact the city was growing rapidly during the period of industrialization. Today the city is home to the largest plants in the country. Norrkoping has also become a rather well-known tourist destination. The first settlements on the city’s territory appeared in the 12th century. The local people were mostly involved into land cultivation and fishing. Norrkoping received the status of the city in the beginning of the 14th century.
Your active city break in Norrkoping. Attractions, recreation and entertainment - best places to spend your day and night here
Although Norrköping cannot offer lots of entertainment centers, one of the country's most famous amusement parks - Kolmarden - can be found in the vicinity of the city. It occupies a vast …

Open
In the middle ages the city became widely known for its textile industry; today Norrkoping is the second largest city in terms of production in the country. The industrial area occupies the center of the city. Along the coast of the Motala River you will find numerous old factories and mills. Nowadays they are fully converted into museums that exhibit the collections of machinery and equipment, as well as products by the local craftsmen. The weaving mill complex, in which is now founded the City Museum, is one of the most notable sights. Its exhibitions will reveal you the story of one of the greatest entrepreneurs of the city - Luis de Girs, who has played a major role during the economic boom.
There are also a couple of museums devoted to the industrial theme. These are Museum of Labor and Mill Museum. In the beginning of the 19th century quite a large community of Jews lived in Norrkoping. Today only several objects like the synagogue located on Brabogatan Street remind of those times. Contemporary art lovers should definitely make a tour to the Museum of Art, in which are conducted large art exhibitions, and where they will find a large exposition of sculptures. Copyright www.orangesmile.com
Advices to travellers: what you should know while being in Norrkoping
1. Norrköping lies on the banks of the Motala River so fishing is one of the locals’ favorite activities. Tourists are can go fishing right on the city embankments. A fishing permit …

Open
You can explore the city and its neighborhoods from an observation area, which was opened in the building of the Town Hall. Vacationers with children should definitely visit the local zoo, which is the largest in Scandinavia.

Travelers who visit the city in the spring should definitely go for a walk in Carl Johan's park Its main attraction is a huge flower bed made up of cacti and agaves, every year this flower bed is decorated in a new unique style. In the picturesque park, you can see many interesting plants, not typical for Scandinavia. A walk through it promises to be no less fascinating than visiting the botanical garden.
Shopping in Norrkoping - main shopping streets, outlets and boutiques
Norrköping is not distinguished by a variety of shopping centers and outlets. The bulk of the stores presented in the city are aimed primarily at local residents. In the central streets, …

Open
The national park located in one of the quietest and most remote city districts attracts many travelers as well. In this park, you will find an old Church of St. Matthew, which is an outstanding architectural landmark in the Neo-Gothic style. The construction of this church lasted five years until 1892, the church is currently surrounded by beautiful landscaping. 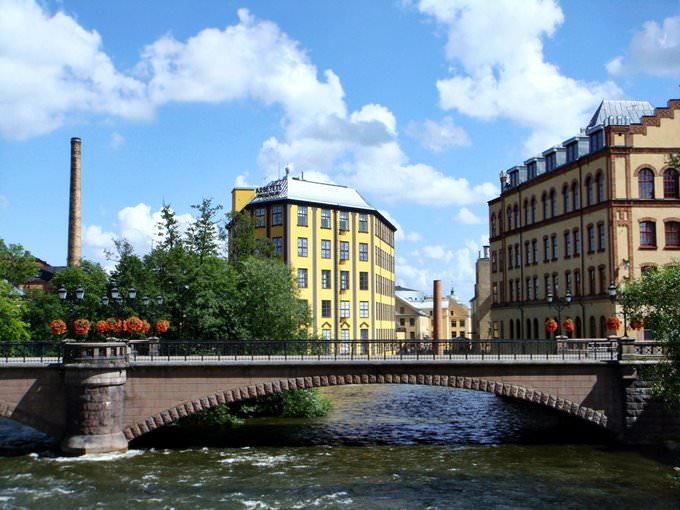 Go to the German Square, if you want to see one of the oldest religious buildings in the city - St. Hedwig's Church, which is locally known as the "German Church". In 1613 this church was built by German emigrants of Norrköping. Prince John gave them permission to build their own church, the walls of which currently keep many interesting unique artifacts.
Family holidays with kids in Norrkoping. How to entertain your child, things to show to children.
The Swedish city of Norrköping favorably located by the picturesque river Motala attracts many tourists looking for a relaxing and peaceful holiday. It offers plenty of attractions - both …

Open
An original architectural landmark is the Church of St. Olaf erected in the early 18th century. According to historical data, the very first churches on its site were built during the Middle Ages. Religious monuments were repeatedly destroyed and rebuilt. Today the elegant church with a beautifully decorated façade appears before tourists in the same form in which it was at the time of its foundation. 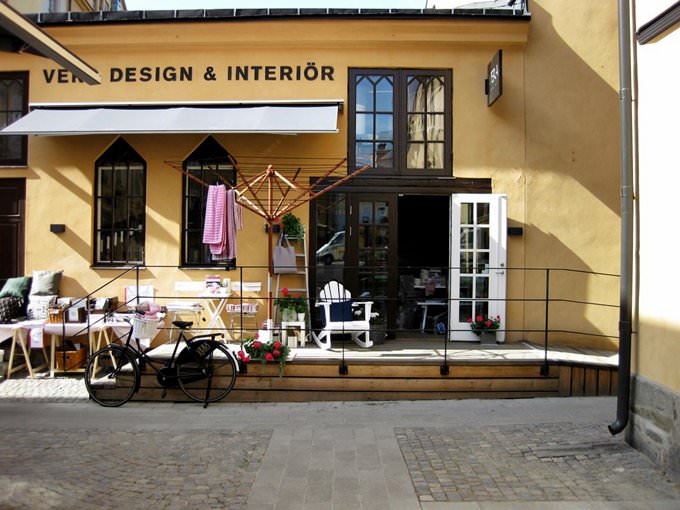 In the immediate vicinity of the city is the famous amusement park called Kolmården, a visit to which would be interesting not only for travelers with children. The territory of this vast park includes many interesting recreation areas: there are a beautiful zoo and a dolphinarium - the very first one opened in Sweden. Most entertainment for visitors to the park is available in the warm season. It is equipped with sports grounds, many playgrounds and all kinds of rides for children of all ages. In the warm season, the park often holds interesting activities and entertaining events.

This guide to iconic landmarks and sights of Norrkoping is protected by the copyright law. You can re-publish this content with mandatory attribution: direct and active hyperlink to www.orangesmile.com.
Norrkoping - guide chapters 1 2 3 4 5 6 7 8

National and city parks around Norrkoping
♥   National Park 'Norra Kvill' , 99.1 km from the center. On the map

Sights around Norrkoping from our guide 'Extreme places on Earth' Distance from Norrkoping center - 11.3 km.
The canal’s maximum depth is only 3 metres. But that doesn’t prevent from its actively using. Those travellers who go for a walk through the canal will be charmed with pristine beauty of forests and ancient towns and will have a unique opportunity to observe the size of agricultural lands in Sweden. … Read further

Search touristic sites on the map of Norrkoping

Sightseeing in regions nearby Norrkoping

Vasteras
When it comes to describing main places of interest of Vasteras, we should definitely mention the central square of the city. Actually, all main sights are located nearby. Here you will see an ancient cathedral built in the 12th century. The spire of one tower of the cathedral is decorated with a crown that looks like one worn by Swedish monarchs. The center of the square is ... Open »
Stockholm
The Royal Palace. The Royal Palace (Kungliga slottet) is one of the most popular attractions in Stockholm. However, the change of the guard has become a real performance for tourists who gather there every day just to see it. The change of the guard takes place at noon in front of the palace. However, the Royal Palace has much to offer its visitors. The impressive façade ... Open »
Uppsala
Don’t walk far away from the cathedral as one more religious attraction is located near it. This is Holy Trinity Church built in the middle of the 14th century. Uppsala Castle is also a sight of particular interest of tourists. The castle was built by the order of Gustav Vasa in the late 16th century. The castle has witnessed numerous important historical events. You will ... Open »
Kalmar
One more important place of interest of Kalmar is Cathedral – the building of the beginning of the 17th century built in baroque style. Marine Museum and Kalmar Museum of Arts are the most visited museums of this town. The first museum will provide you with interesting information about industrial and military history of the city, while the second one will get you acquainted ... Open »
Goteborg
Gothenburg is a very beautiful city that is known by its everlasting cozy and joyful atmosphere, wide choice of beaches, entertaining museums, magnificent parks and comfortable cafes. The main street of the city, Avenue, is the location of small shops with interesting goods and souvenirs. Gothenburg is also famous for Liseberg – one of the largest entertainment parks in ... Open »

All about Norrkoping, Sweden - sightseeings, attractions, touristic spots, architecture, history, culture and cuisine. Prepare your trip together with OrangeSmile.com - find out the 'must see' things in Norrkoping, which places to visit, which excursions to take, where the breathtaking views are waiting for you. Planning your trip with this travel guide will help your to get the most out of Norrkoping in few days.