Family trip to Viti Levu Island with children. Ideas on where to go with your child 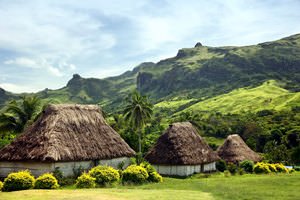 There is a tendency during the last years among tourists to come to Viti Levu Island and they take their kids here as well. Large hotels will be the best place to stay with children, what is more, there are quite a lot of them here. Even though it might be more expensive than staying in a small motel or one of the locals’ houses, you’ll have an opportunity to take your kids to a playroom and leave them there for a couple of hours, to watch a show with animators or play on a closed playground. In addition, coastal hotels provide swimming pools where kids can swim when the sea is stormy. And those pools are actually not that deep. The hotels also have equipped beaches with a gentle descent and a lifeguard tower.
Authentic traditions, festivals and lifestyle of Viti Levu Island inhabitants
Native Fijians are proud of their history and their ancestors and they are not ashamed of those stringent rules that prevailed here on the island before Europeans reached the land. Moreover, …

Open
You can take your child to shopping malls in the capital city. They will likely enjoy play areas and toy stores.

Cinemas of Suva and Nadi show movies in English so that’s one more activity you can do with your child. Moreover, there is the Fiji Museum which is definitely worth visiting. Children will have a nice chance there to learn about plants and animals of the island as well as the history of the archipelago’s settlement and how people used to live here a long time ago. Besides, probably every child will be excited to see a life-size centenary canoe.
Children should certainly like Kula Wild Adventure Park in Sigatoka. About a dozen parrot species, several lizards, snakes, turtles, diverse fish, and many-many other inhabitants of the island are presented there. It’s a contact zoo so kids can really touch and feed some animals under the staff’s supervision. Copyright www.orangesmile.com
Excursion over cultural sights of Viti Levu Island - 'must visit' points of interest
As you get to the capital of the island – Suva – where about a half of Viti Levu and the whole archipelago’s population live, find some time to visit the Fiji Museum. The museum is …

Open
An incredibly interesting museum of sand dunes is located right in the same city. Your kids and will have a chance not only to enjoy various exhibits – most of them are more than 2000 years old – but also thrilling stories about excavations. You can walk around the dunes too – you’ll see a sacred cave and few local fortified villages. 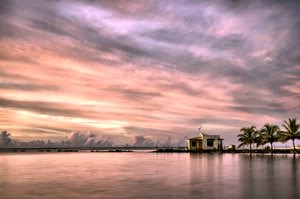 If your child is fond of World War II history or maybe just interested in military hardware, then you really should go to Momi Bay Battery Historic Park which was built by the US soldiers. It’s inoperative for already many years, however, there are still various artillery platforms, trenches and dugouts there. Also, children would enjoy Nailili Primary School where their peers used to study. In case your kid is keen on peculiar buildings or just architecture in common, you can go and see the biggest Hindu temple of the southern hemisphere, – the Sri Siva Subramaniya Swami Temple – a Krishna church and about a dozen of Christian ones.
Your active city break in Viti Levu Island. Attractions, recreation and entertainment - best places to spend your day and night here
You surely won’t get bored on Viti Levu Island. Everyone really should visit the Koroyanitu National Heritage Park. It occupies the 25.000 km² territory on the slop of Lautoka. First …

Open
Furthermore, you can visit a real ethnic village together. There are eight villages on the territory of the Koroyanitu National Park where people leave the same mode of life as their ancestors did hundreds of years ago. Children will be able to meet other kids who are Fijians as well as to see how people were originally cooking, building their houses and having fun. Anyway, you can also simply have a nice walk around the park. Nature there us pure, and kids can see a great number of new plants, animals and birds. 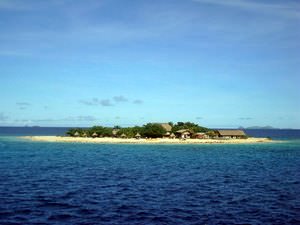 Young naturalists are recommended to go to the capital where they can find 80 parks, the most beautiful one is believed to be the Botanical Garden – animal species from all over the Pacific’s islands are presented there. Albert Park is rather exciting too.
Best beaches and recreation areas around Viti Levu Island
Total length of beaches of Viti Levu is over 100 kilometers. Its shoreline is often called “Coral Coast”. There are lots of resort settlements along the coast, from tiny fishing villages …

Open
Inquisitive children should approve an idea to go on a trip to one of the adjacent islands. On Orchid Island, for instance, you can see local craftsmen and their work, on Beqa Island - see the people of the local tribe doing a coal walk. Or you can go to an inhabitant island where kids will feel like a true Robinson. 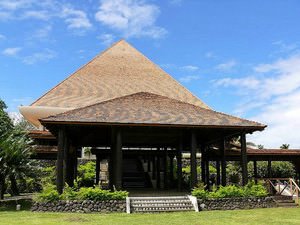 Highly active children won’t get bored too. If they pretty know how to swim, you can offer them to try snorkelling. There are diverse sea creatures swimming really close to the surface here so kids would actually like it. Besides, if your child is already eight years old and has a diver’s license, they can dive to the coral reefs. They can even swim with sea turtles and dolphins, do water ski, surfing, swim in swift rivers, get to the top of a waterfall, or spend a whole day fishing in the open sea in total silence.

This guide to family holidays in Viti Levu Island is protected by the copyright law. You can re-publish this content with mandatory attribution: direct and active hyperlink to www.orangesmile.com.
Viti Levu Island - guide chapters 1 2 3 4 5 6 7 8 9

Interesting places to visit with children around Viti Levu Island

Kadavu Island
The Tiliva Resort is another interesting place for family recreation. It is located in the north-east of Kadavu. The resort is famous for its lush vegetation. Its green landscapes impress all the visitors. This is also an excellent place for a family picnic. Having it in a peaceful atmosphere is a real pleasure for each member of the family. Another popular beach resort, ... Open »
Auckland
New Zealand Maritime Museum will especially appeal to boys. However, many girls will also like it. The museum is dedicated to the history of maritime colonization of the country. You can see many models of ships from different eras, various artifacts related to navigation and even a recreated interior of the cabin of a ship from the era of great geographical discoveries here. ... Open »

Guide to sightseeing and entertainment for children in Viti Levu Island - parks, attractions, museums, zoos, water-parks. All fascinating and educational sites of Viti Levu Island, which are must visit and see for your child. Find out the best discovery routes and places for kids (local theaters, exhibitions and museums), where you can spend quality time together. Viti Levu Island for families with children.