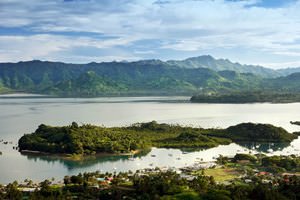 Vanua Levu is the second largest island in Fiji; its main value is the beautiful nature. There are several completely unexplored areas on the island; that’s a rare occurrence in the modern world. Divers are attracted to these scenic places by coral reefs, which also managed to maintain their original beauty. Vanua Levu is a perfect destination for beach vacations; however, fans of excursions won’t be bored. In addition to unique natural attractions, there are several amazing historical sites and archaeological areas on the island.
Best beaches and recreation areas around Vanua Levu Island
Beaches of Vanua Levu appeal to travelers preferring to enjoy pristine natural beauty, admire scenic spots and dive. One of the most scenic stretches of coastline is Savusavu Bay located in …

Open
Mount Nasorolevu is worth mentioning among the natural attractions. That’s the highest point of the island. Mountain slopes are entirely covered with tropical vegetation. A lot of hiking trails are laid there, but some slopes of the mountain remain out of reach because of rank vegetation.
The largest town on the island is Labasa; Floating Island has being its symbol for many years. A small island located in one of the local lakes is an amazing natural site. During the day, a small piece of land is moving over the surface of the lake in all directions, and sometimes even hits the bank. Labasa also features an amazing religious landmark, Snake Temple. Locals consider this place to be sacred and regularly bring various tributes to the temple, including turmeric, coconut milk and spices, which they believed would appease the gods. Copyright www.orangesmile.com
Top hotels in Vanua Levu Island for business trip or short vacation
Charming hotels are available for travelers on the island; Grand Eastern is among prestigious ones. It is located in Labasa and offers romantic rooms decorated in different color schemes. …

. The old farmhouse has survived there in its original form. That’s a vivid monument to the colonial era. Being in Savusavu, you should definitely take a look into the local oyster farm. It’s quite different from farms on nearby islands, as oysters are bred not for culinary purposes. Pearls are harvested on this farm, and all attendants can learn a lot of interesting things about the intricacies of this craft. The farm has a great store, where you can buy beautiful gifts. 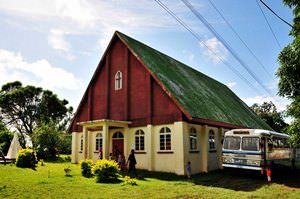 Another striking hallmarks of Savusavu are hot springs. They can be found in different parts of the district; springs continually remind about volcanic activity. A lot of impressions will give a walk around one of the fishing villages, where the atmosphere and the main harvesting remains unchanged for many hundreds of years.
Cuisine of Vanua Levu Island for gourmet with top restaurants and cafe
You have to make considerable efforts to try traditional cuisine of the aborigines. The fact is that today the cuisine of the island has largely changed due to the influence of Chinese and …

Open
Returning to natural attractions, it’s worth noting Waisali Nature Reserve. The territory of the protected zone occupies an area of 100 hectares. That’s a vast completely untouched tropical forest. It’s home to many rare birds and animals, as well as rare species of flowers and trees, which can’t be seen in any other part of the world. 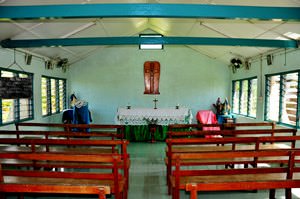 The best beaches of Vanua Levu Island are located in the SavuSavu area. They are covered with soft and light sand. Coastal waters are very clean and calm near the island, and have become famous due to their gorgeous turquoise shade. It is a fabulous destination for snorkeling and watching exotic fish. Local beaches are some of the calmest on the island. Strong waves are absolutely not typical for the area. That is the reason why travelers with children love to relax there.
Authentic traditions, festivals and lifestyle of Vanua Levu Island inhabitants
Vanua Levu is the second largest island in Fiji. Despite its size, it has only recently become a tourist destination. Therefore, there is not a particularly developed service, there are no …

Open
Tunuloa Peninsula never ceases to attract travelers with its gorgeous wild beaches. It is a great place with the untouched and pristine beauty. There are always many vacationers on the beaches of this part of the island, but local beaches are spacious, so they are never crowded. Even at the peak of the tourist season, it is not hard to find an almost empty space there. Numerous divers arrive on the island from May until October as this period is considered the best time for scuba diving. Divers are in love with absolutely stunning coral reefs, including the Big White Wall, which have become home to numerous exotic marine creatures. 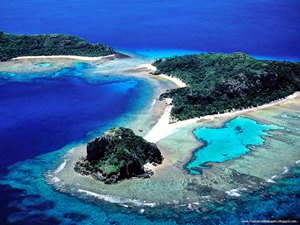 Travelers craving for more comfort also have a suitable place to relax. They may be interested in the beaches located near Hibiscus Road. Beaches in this part of the island have a well-developed infrastructure, all necessary gear, and numerous restaurants and bars nearby. Besides that, there are several water sports centers and excursion bureaus involved in marine excursions. Jean-Michel Cousteau is the most luxurious resort on the island. This is the place where the internationally famous marine biologist works.

This guide to iconic landmarks and sights of Vanua Levu Island is protected by the copyright law. You can re-publish this content with mandatory attribution: direct and active hyperlink to www.orangesmile.com.
Vanua Levu Island - guide chapters 1 2 3 4 5 6 7 8 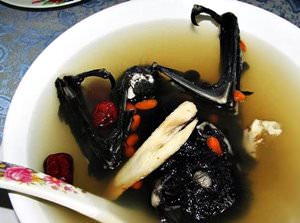 Distance from Vanua Levu Island center - 43.3 km.
Bats are not only added to the soup. They are also fried, and then served to the table with a spicy sauce. A special exotic supplement to the dish is a glass with the blood decanted during cutting a bat. Such dishes may seem simply awful for many Europeans, but in Asia they have a lot of fans. In Asian restaurants, if guests feel uncomfortable, it’s always offered to cut the carcass of a bat to make the dish not so scary. The treat is sure to appeal to all fans of spicy dishes. Experienced gourmets say that taste of bat’s meat is very similar to chicken. … Read further

Search touristic sites on the map of Vanua Levu Island

Yasawa
In addition to water sports, hiking is especially popular with travellers. One can appreciate the diversity of natural landscapes, the richness of local flora and fauna. Yasawa Island is the largest in the archipelago. It is on its territory that first-class hotel complexes, sports centers and leisure facilities are located. There is also a large Water Sports Centre, whose ... Open »
Suva
Pacific Harbor is considered the most popular beach in this city. This place is perfectly equipped for sports activities; here vacationers can rent equipment for diving, water ski or simply go fishing. Spearfishing has been the most popular entertainment of recent years. It is not only very entertaining, but also allows admiring the beauty of the underwater world. You will ... Open »
Viti Levu Island
Parliament of Fiji is probably the most unusual symbol of the island. This unique complex was built by 1992; the Parliament is reasonably regarded as one of the most eccentric buildings in the world. It was built and decorated according to local traditions; its spacious interior is enriched with original art works. Some of the Parliament halls are open for public and there are ... Open »
Nadi
Sri Siva Subrahmanya Swami temple is the most famous sight of the city and its symbol. This is the biggest building of this type and it looks like a huge colorful pyramid rich decorated in religious ornament. The height of the temple estimates 30 meters and its halls are full of wonderful statues picturing Indian gods. Opposite to the temple is opened one of the local markets, ... Open »
Mamanuca Island
Solevu village is on Malolo Island; a visit there would be the best way to explore traditions and customs of the indigenous population. The lovely old church has survived there. The local gift shop is more like a museum, where you can not only admire, but also buy unusual items. Monuriki Island became very popular among tourists more recently; many fans of Tom Hanks flock ... Open »
Kadavu Island
Those who dream of relaxing in absolute silence should travel to one of the small islands that are a few minutes by car from Kadavu. If you want to learn more about the islanders’ way of living, visit any village located near the coastline. Here, you can also buy memorable gifts, for example, extraordinary items made by the natives of unusual handy materials. Kadavu ... Open »

All about Vanua Levu Island, Fiji - sightseeings, attractions, touristic spots, architecture, history, culture and cuisine. Prepare your trip together with OrangeSmile.com - find out the 'must see' things in Vanua Levu Island, which places to visit, which excursions to take, where the breathtaking views are waiting for you. Planning your trip with this travel guide will help your to get the most out of Vanua Levu Island in few days.