Fun and festivities in Uzbekistan - celebrations, festivals and cultural events 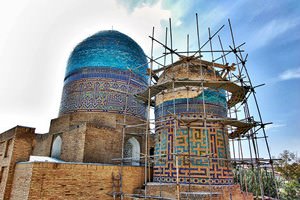 Each year in Uzbekistan is full of festive celebrations and festivals. The main State event is the Independence Day of the Republic of Uzbekistan, which is celebrated on the first day of September. It is associated with the country’s exit from the republics of the USSR and marks the unity of the entire Uzbek people. Ceremonial events are organized in the squares and parks of cities. On Independence Day, citizens of Uzbekistan are exempted from work and everyone hurries to gather on the Independence Square to pay tribute to the sovereignty of the Country. Another official holiday is on December 8th, the Constitution Day of Uzbekistan. This day is dedicated to the day of adoption of the country’s main law at a meeting of the Supreme Council of the Republic.
Things to do in Uzbekistan - active leisure
Uzbekistan offers great opportunities for tourists who prefer active recreation. This is in the manners of rock climbing and mountain skiing, hiking …
Read further
One of the most loved and expensive festivities for the Uzbek nation, is the spring holiday Navruz which is celebrated on March 21st. Its history is more than a century old and dates back to the distant past. The country celebrates the onset of spring and the awakening of nature from winter sleep alongside the coming of Navruz. People sell fruits, sweets and traditional food at bazaars for the full ride. On the festive table, you will find pilaf prepared according to a special recipe, as well as “nishalda” (a sweet dish resembling a viscous cream) and “sumalak” (a sweet mass of crushed wheat grains). The table is decorated with green sprouts of wheat.
Uzbekistan is famous for its noisy and colorful festivals which are held in the same extravagant fashion as traditional holidays. Every year, the “Baysun Spring” World Festival of Folklore is organized in the mountainous area of ​​Baysun. It gives tourists the opportunity to get acquainted with the ancient traditions and customs of the Uzbek nation. According to historical data, there was once a traditional heroic epic about Alpamysh right in the territory of the festival. Fans of folk art from all over the world come to witness the festival. The festival “Chimgan Echo” on the mountains of Chimgan regularly gathers nature enthusiasts and fans of bard songs. The event is aimed at popularization of ecological tourism and author’s song creativity. It takes place at the commencement of summer when the nature of the mountainous region transforms and blossoms with colors. The festival is especially liked by climbers who aspire to take part in the ascents. Copyright www.orangesmile.com
What you need to know about Uzbekistan prior to visit - advices
1. Illegal currency exchange is prohibited by law, so it is better not to change money on the street. Crumpled or dirty bills are often not …
Read further
In recent times, the Samarkand International Music Festival “Sharq Taronalari” is gaining popularity. There are a lot of representatives of different countries in the city which is the center of ancient civilization and oriental culture. This is not surprising since the city is at the crossroads of cultures. The traditional musical genre “makam” is widely represented at the festival. On different occasions, many well-known performers and musicians have spoken about the festival as a testimony of Uzbekistan’s openness to all countries of the world and the love the Uzbek people have for true art. Today, it continues to promote the friendship of nations and hospitality. 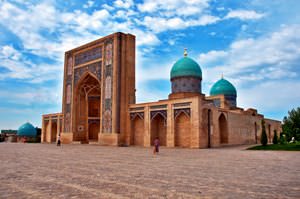 The festival “Silk and Spices” is held every year in Bukhara. It is organized to support national crafts and glorify the cultural wealth of the Uzbek nation. The first part of its name “Silk” is associated not only with unusually beautiful Uzbek silk fabrics, but also with the diversity of folk-applied art on the entire length of the Great Silk Road. At the festival, you will come across expositions of traditional Uzbek items that amaze the imagination with fine work and grace. The word “Spices” is strongly associated with the diversity of the national cuisine of Uzbekistan which cannot be imagined in isolation from fragrant spices. Objects of Bukhara miniature and Gijduvan ceramics, chased metal products, silk textiles “Ikat” of handwork, carpets from silk threads, gold sewing, jewelry and dishes, are but a few of the things on display at the festival. The square at the famous architectural Lyabi-Hauz Ensemble is decorated with bright colors of traditional costumes and is filled with sounds of music and dances.

This article about national fests and celebrations of Uzbekistan is protected by the copyright law. You can re-use the content, but only under the condition of placement of an active link to www.orangesmile.com.
Uzbekistan guide chapters 1 2 3 4 5 6 7 8 9 10 11