Sightseeing in Tashkent - what to see. Complete travel guide 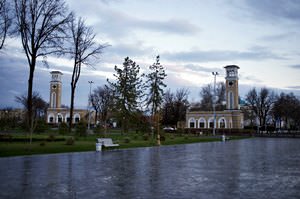 The big city with a long history will impress the guests with its inimitable modern appearance. As scientists suppose, the old city is aged over two thousand years. Throughout its history, Tashkent was renamed many times. Since ancient times, it had been an important trade center. Exactly the caravan routes running through the city contributed much to its rapid development and growth. Due to the advantageous location of the city, it attracted the attention of foreign conquerors.
Until the middle of the last century, there had been many beautiful old constructions in Tashkent. For the last 50 years, the city has changed significantly. Due to the strong earthquake in 1966, almost the entire territory of the city lay in ruins. Most of the preserved historical constructions are located near the old market of Chorsu. This district did not almost suffer from the devastating disaster.
The destroyed part of the city was quickly restored and built up. Today, Tashkent is inferior to modern Russian megacities with its infrastructure level and inimitable appearance. Besides, the city has preserved the incomparable charm of the past. One of the main distinctive features of Tashkent is a huge number of colorful Eastern markets that are very popular with the guests of the city. Chorsu is its unofficial name and it is officially called Eski Zhuva. It will definitely impress shopping enthusiasts with its impressive size and a wide range of products. Copyright www.orangesmile.com
Despite the fact that most of the historic buildings were destroyed by the earthquake, there are several preserved interesting excursion objects in Tashkent. Fans of sightseeing tours can diversify their recreation with visiting interesting museums. Also, many amazing cultural events are held in the city. Tashkent is perfect for those who have long wanted to acquaint with the culture and traditions of Uzbekistan. Here, you can find everything you need for wonderful recreation: lovely national restaurants, the largest markets in the country, unique historical attractions, old gift shops, and the dynamic and lively rhythm of life typical for modern cities. 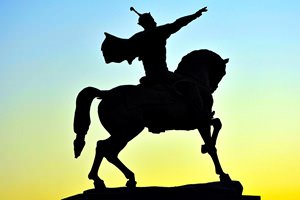 Those who like unusual excursions should certainly go sightseeing in Tashkent. The popular site here is the Tashkent Underground that started to be built in the 70s of the last century. Today, some underground stations impress with their spectacular artistic design. At every station, you can see special decorative masterpieces. Big chandeliers in the medieval style, paintings on the walls and the ceiling, unusual benches, and memorable monuments - the “excursions” around the underground may be really exciting.
The important religious monument is the Complex of Hazret Imam built for one of the most respected preachers of Uzbekistan. Today, this big architectural complex includes a cathedral mosque, several tekkes, and a luxurious shrine. The complex also includes the monuments of different periods, the earliest of which were constructed in the 16th century. 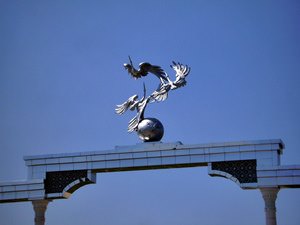 Among the Orthodox religious temples, the Cathedral of the Assumption built in 1878 is worth being mentioned. In 1933, the church was closed. Despite its complicated history, the church has not been destroyed. After its last reconstruction, its bell tower was restored completely. Today, there is the beautiful landscape garden near the historical cathedral.
The unique monument in the neo-Gothic style is the Sacred Heart of Jesus Church. Its construction started in 1912 and suspended after the Revolution of 1917. The religious monument had been unfinished until the 80s of the last century. It was officially recognized as a religious monument not so long ago. The cathedral was reconstructed and became Catholic. 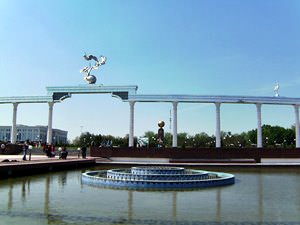 The interesting culture center that is famous beyond Tashkent is the Museum of Applied Arts of Uzbekistan. Its collection started to be formed in 1927 when the first exhibition showing the famous masters’ works was organized. The museum collection was expanded fast and it required a separate building. The museum occupied the present building in 1937. Today, its visitors can admire beautiful hand-made carpets, jewels national costumes, and different craft items. In the museum, themed events dedicated to the national culture and traditions are often held.
This guide to iconic landmarks and sights of Tashkent is protected by the copyright law. You can re-publish this content with mandatory attribution: direct and active hyperlink to www.orangesmile.com.

City tours, excursions and tickets in Tashkent and surroundings

National and city parks around Tashkent
♥   National Park 'Ugam-Chatkal' , 84.4 km from the center. On the map

Sights around Tashkent from our guide 'Extreme places on Earth' 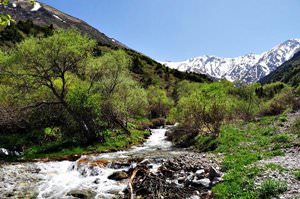 Distance from Tashkent center - 158.5 km.
The reserve is incredibly popular among tourists attracted by its multifaceted flora and fauna. More than 1 700 species of plants, including rare Tulipa greigii, are found here. The fauna is also represented with rear animals, including a snow leopard and a Menzbier's marmot. Tourists will be able to stroll through important archaeological areas. Travelers could see the most valuable and amazing finds in the cultural center of Kazakhstan, the Museum of Nature. … Read further

Search touristic sites on the map of Tashkent

Sightseeing in regions nearby Tashkent

Khujand
Continue your acquaintance with the amazing Tajik city in the Historical Museum of Sughd that exhibits many valuable archaeological findings. The opening of the museum took place more than thirty years ago when the city celebrated its 2,500th anniversary. Visit this establishment to learn more about the history of Khujand during medieval times and how the city looked like in ... Open »
Istaravshan
The Maschidi Khazrati Shokh is another important religious landmark in the city. This is a mausoleum with the grave of a saint. The mausoleum is called after the saint who is buried in it. Over time, the mausoleum has become an important attraction in Istaravshan. Don’t forget to visit this sacred place because, according to a legend, there is a sacred spring near the ... Open »
Samarkand
In welcoming Samarkand, there are almost no noisy entertainment venues, so the city will delight those who like spending their free time far from the bustle of big cities. There are several big upscale hotels that are ready to offer its clients a wide choice of entertainments. Find fashionable restaurants and pubs exactly on the territory of guesthouses. The quiet streets of ... Open »
Dushanbe
The zoo’s staff took over all management activities. Nowadays, roughly six hundred animals live here. The zoo in Dushanbe has comfortable spacious areas for animals that mimic the natural habitat of different species. In this zoo, visitors can see the lion, jaguar, panther, black and brown bear, camel, wolf, jackal, fox, raccoon, owl, and Egyptian vulture. Besides them, ... Open »
Bukhara
Nowadays, there is a museum in the ancient shrine, which exhibits the best works of local carpet weavers. This is a truly spectacular place dedicated to carpets and similar items, some of which are true masterpieces. Moreover, during an excursion in this museum, you will learn how Uzbek carpets differ from carpets made in Kazakhstan, Turkey, Armenia, and Iran. The museum also ... Open »
Bishkek
The Erkindik Gallery is open in the heart of the capital city. Local people often call it Arbat or City Vernissage. Many painters and craftsmen display their works in this gallery. If you like some work, you can always buy it. This gallery is a great place to shop for unique gifts that will always remind you of the green Bishkek region. When looking at works of local ... Open »

All about Tashkent, Uzbekistan - sightseeings, attractions, touristic spots, architecture, history, culture and cuisine. Prepare your trip together with OrangeSmile.com - find out the 'must see' things in Tashkent, which places to visit, which excursions to take, where the breathtaking views are waiting for you. Planning your trip with this travel guide will help your to get the most out of Tashkent in few days.