Nature of Sweden - national parks and reserves for active recreation 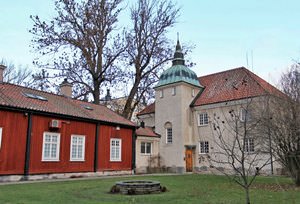 The nature of Sweden fascinates and delights everyone who comes to this country. Behind the Arctic Circle, one can observe a unique natural phenomenon - the northern lights. Despite its northern location, the climate in Sweden is not so severe due to its proximity to the warm Gulf Stream. The surface of the country is covered mainly by coniferous forest and taiga. One of the most picturesque places is the northern Swedish province of Lapland, where the Sami live. The Swedish Laponia is inscribed on the UNESCO World Heritage List. There are 29 national parks on the territory of the country. Their lands are protected by the state therefore any defiance will result in serious fines. Most of the territory of parks is occupied by mountains.
Admire style in every aspect? Selection of the best design hotels in Sweden
Swedish style is a virtual combination of modern technologies and high quality of traditional materials. That is why the most stylish boutique hotels …
Read further
Sweden is the first country to start creating national parks on its territory for nature conservation. One of the first national parks of the country is Abisko, located 200km to the north of the Arctic Circle. Most part of the park is occupied by the canyon of the Abisko River and Lake Tornetrask, which is covered by ice for most of the year. The park is inhabited by many northern birds and animals: arctic fox, reindeer, lemming, bun, white owl, snipe, wolverine, and wolf. Another northern national park - Vadvetjakkka, is on the border with Norway. There are no roads leading to the park so you can get to it only by the water or the ice of Lake Tornetrask. In this rather inaccessible park, the authorities managed to preserve the pristine nature of the northern birch forests as much as possible.
In the Kalmarsund Strait is the island of Bla Jungfrun, whose territory is also a protected national park. The island is almost entirely composed of bare rocks and boulders. The rocks have a characteristic reddish tinge for granite. In the southern part of the island there is a forest. The island has never been inhabited. Since ancient times, the locals have considered this place a coven of witches. In the caves of the national park, there is a stone labyrinth. On the island there are hares and flying squirrels. Also, more than 200 species of lichens grow here. Another national park is on the island of Gotska-Sandon in the Baltic Sea. The shores of Gotska-Sandon are inhabited by seals; the island's flora is quite diverse. In the summer months there are regular excursions for tourists by water. Copyright www.orangesmile.com
Top Sweden hotels for most demanding travelers
In Sweden there are numerous luxury hotels. One of the most famous is the Grand Hotel Stockholm. The hotel is located opposite the Royal Palace in the …
Read further
The largest national park in Sweden is the Padjelanta, a UNESCO World Heritage Site. The park is part of Laponia (Swedish Lapland). On its territory are the two most beautiful lakes of the country - Vastenjaure and Virihaure. The Sami - the indigenous population live in the Lapland, leading a nomadic way of life. Their settlements are also in the territory of other national parks - Muddus, Sarek, and Stura-Shefalet. Stura-Shefalet is located in the Scandinavian mountains, which formed 400 million years ago as a result of a continental clash. In the park there is a picturesque waterfall of the same name, foxes, rabbits, ermines, deer live here. The park is a popular place among tourists. Tours and excursions are regularly hosted here. 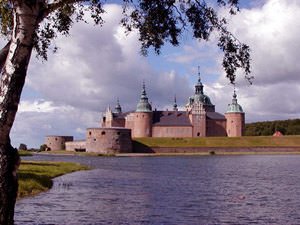 Another popular tourist destination is the Sarek National Park, located in the Jokkmokk region. Despite the fact that it does not have any laid-out tourist route, every year a huge number of people come here to conquer mountain peaks or go hiking. Climbers are attracted by the mountain Sarektjakka, whose peak is the second highest in the country (about 2000 meters). Climbing is incredibly difficult. The route is not always conquered even by professionals. The park is one of the oldest and largest in the country. On its lands there are more than 100 ancient glaciers. The park's territory is included in the World Heritage List, as the park is part of the Swedish Lapland.
Oldest hotels in Sweden with a rich history
Swedes are very careful about their historical heritage and monuments of architecture, and therefore hotels located in old buildings offer the highest …
Read further
On the "High Shore" of Sweden is the Skuleskogen National Park, which is a unique place for the landscape of Sweden. On its territory are simultaneously located mountains, sea and forest, whose surfaces are dappled with numerous gorges. In the valley of the Dalalven River there is Lake Farnebofjarden. A park of the same name in its water area includes more than 200 small islands. In the park nests more than 100 species of different birds. The lake is a border between coniferous and deciduous forests. Park Tyresta is an example of a rift valley. It is covered by one of the largest massifs of the country's deciduous forests.

National and city parks of Sweden
♥   National Park 'Abisko' . On the map

♥   National Park 'Björnlandet' . On the map

♥   National Park 'Fulufjället' . On the map 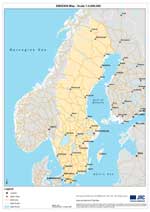 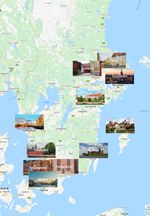 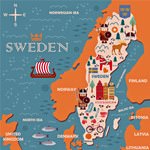 Cultural sights in regions of Sweden

Stockholm
In the city are also opened various interesting museums and galleries. When you go sightseeing, make sure you don’t forget to visit the museum dedicated to ship Vasa. The first voyage on the legendary warship was held in 1628. Soon after this the ship sank. It was raised to the surface only three hundred years later. The ship was restored and converted into a museum. In addition to priceless artifacts, visitors can watch an interesting film, which provides many interesting about the history … Read more

Goteborg
You will find Slottsskogen (Palace Park) not far away from the fishing port. This is the most large-scale and beautiful park in Gothenburg. During a walk through the picturesque alleys of the park travelers should definitely not forget to visit Marine Tower, the top of which is equipped with a beautiful viewing platform. The height of the tower estimates 62 meters. Its top is equipped with an observation deck that provides a detailed panorama of the city. The ruins of the castle moats … Read more

Malmo
The same significant landmark of the Malmo city is Malmo Municipal Theater Stadsteater. It was established in 1944 and today it is among the largest theaters of Scandinavia. All the guests of the city should necessarily visit this temple of theatrical art. Malmo is often called a city of arts. Such a nickname the city has got due to the variety of museums. Modern art connoisseurs will like the Rooseum museum which exposition covers the artworks of famous artists, sculptors and carvers of our … Read more

Uppsala
Speaking of outstanding cultural institutions we should mention the Linnemuseet. In addition to personal belongings of Carl Linnaeus, the exhibition includes a rich collection of old books. The huge interest attracts Linnetradgarden Botanical Garden located next to the mansion. The garden was founded by the scientist in 1741; currently, there are about 1,300 plants in its territory. The beautiful garden is divided into several thematic areas; there is an interesting mobile vegetable garden, … Read more

Norrkoping
Learn a lot of interesting things about the history of the city during a tour of Norrköping's main museum - the Norrkopings Stadsmuseum. Its current location is the old weaving factory building, which in itself is a valuable historical monument. The opening of the museum took place in 1981 in one of the most picturesque areas of the city, on the riverbank. The main part of the exposition presented is dedicated to the history of the textile industry. The most interesting exhibits are old … Read more

Kalmar
In the 17th century, after the Kalmar War, the city’s border was moved to the south. Many buildings on Kvarnholmen Island appeared at that time. This is also the time when the main square – the so-called Stortorget Kalmar – was built in the city. The town hall building and the cathedral are the main landmarks here. These are amazing examples of the Baroque architectural style. The church was built in 1703, and for that time it had amazingly new construction of beams and decorative … Read more

Vasteras
It is important to mention that all historical landmarks of Vasteras are located in its older part. The “old town” is rather small and it is easy to explore it on foot in just one day. The district of Kyrkbacken looks particularly appealing to tourists. It is a charming area with wooden houses, picturesque parks, and green streets. In the 12th century, Kyrkbacken was the northern border of the city. This neighborhood was mostly for rich people, while the poor lived in other parts of the … Read more

Kristianstad
No less interesting historical site is the Backaskogs Castle dating back to the 13th century. It is noteworthy that this unassailable building was originally occupied by a monastery. After some time, the large-scale building has passed into the possession of Charles XI of Sweden who converted it into his residence. Throughout hundreds of years, the castle has changed many famous owners. The historic castle is now in private ownership, in 1956 the owners decided to make it available for … Read more

Sweden: Map of sightseeing in regions