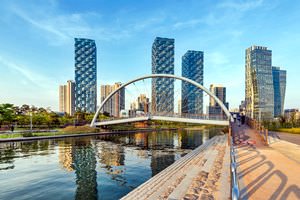 1. Do not leave tips or any extra money in South Korea. Staff at hotels, cafes, or restaurants will not understand this and will try to return the money even if they need to go outside and run to the tourist that has already left. Leaving tips can be offensive in Korea.
2. Do not take pictures of unknown people in public places. This is a law in the country. Because of this, it can be hard to take pictures of local attractions because there are always many people nearby. Violators are subject to fines, and the photos will be deleted.
3. Each country has gestures that have some meaning and help in communication, but the same gestures in the Western World and Asia can have a different meaning. In order not to get yourself into trouble, it is better to refrain from gestures at all.
When and where to 'hang out' in South Korea - festivals and celebrations
Koreans are widely recognized as workaholics. This is true but this doesn’t mean that Koreans are bad at having fun and celebrating. They like …
Read further
4. It is better to greet people with a slight bow than with a handshake, especially if you meet an older person.
5. Women do not wear clothes with bare shoulders and décolleté in Korean culture as this is considered vulgar. Female tourists from other countries are better to follow this tradition too otherwise they can catch judgmental glances.
6. When visiting a local café or restaurant, don’t be scared when you hear multiple people shout “wihayeo”. This is simply a group of Korean colleagues that has a party, and wihayeo is a popular drinking toast.
7. When attending a bus excursion, do not leave your belongings inside the bus as no one will keep an eye on them. Copyright www.orangesmile.com
8. Tourists are not obliged to have a passport with them when they are taking a stroll in the city. A hotel card can easily replace it. However, it is a good idea to have a copy of your passport and insurance with you.
9. Korea is a safe country and crimes are rare here. That being said, do not attract pickpockets (they exist in public places in any country) – do not take large sums of cash when heading outside, and do not keep money in a bag.
10. Many tourists feel lost when they see a map of the Seoul metro and the names of stations written in Korean. Don’t forget that all stations are numbered. Simply search the information using the number of the station on interactive maps. It is possible to get around without any knowledge of Korean and English.
11. Inside a metro coach, do not occupy seats for elderly people. These seats usually have a red fabric cover. Otherwise, you risk getting many judgmental glances.
National cuisine of South Korea - specialties, recipes and restaurants
Rice, noodles, vegetables, meat, fish, beans, sesame oil, soy sauce, and spices – here are the most typical Korean products. The list looks small …
Read further
12. Having reached the right station in the metro, do not hurry to leave the coach. Find a map of exits first. Some stations have more than ten exits, so it is better to specify the one that you need beforehand.
13. To save on metro and bus tickets, consider buying the T-money card. The remaining card balance can be withdrawn at any terminal that sells these cards.

This collection of travel tips for South Korea is protected by the copyright law. You can re-use the content, but only under the condition of placement of an active link to www.orangesmile.com.
South Korea guide chapters 1 2 3 4 5 6 7 8 9 10 11 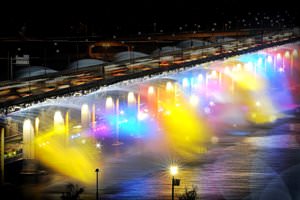 The tourists who visit Seoul can see one of the most beautiful and original fountains in the world - the fountain of the moon rainbow. It was built on the Banpo Bridge, whose length is 570 meters, and is the longest fountain on Earth. On both sides of the bridge were more than 10,000 dynamic nozzles, from which the water jets shot up. This construction is complemented by the beautiful illumination.

The long colorful cascade looks incredibly romantic and really reminds the rainbow. The longest fountain in the world was registered in the Guinness Book of Records. Every evening on the banks of the Khan River thousands of people gather to watch the wonderful romantic show. It is remarkable that the length of the fountain is recorded in the book of the records as 1 140 meters, since it is on … Read all 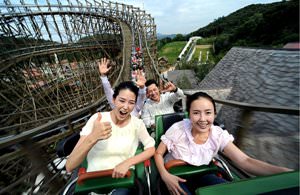 The roller coaster called T Express located in the territory of one of the most popular amusement parks in South Korea is well known to fans of extreme entertainment. Everland is situated in the picturesque town of Yongin. The main feature is that the construction is completely made of wood. This fact doesn't prevent the ride to be among the most exciting in the world; the angle of some of its slopes is 77 degrees.

Carts with passengers develop an impressive speed up to 104 km/h; passengers have three minutes to overcome steep turns. During this time, guests will have an opportunity to conquer more than tens of steep turns, to experience the feeling of weightlessness for 12 times and fully feel the force of gravity. Despite the fact that the ride is built entirely of wood, its structure … Read all
All unique sightseeing South Korea