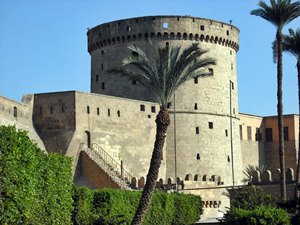 While communicating with Egyptians, remember that the vast majority of them are Muslims. So they have to adhere to certain standards of behaviour. Moreover, tourists should also behave decently. For example, it is prohibited here to drink alcohol outside the bars, cafes, houses or hotels. Locals won’t appreciate if someone is walking on the streets with a bottle of strong drink. It can even lead to arrest. Nudism is prohibited by law here, don’t try to get a perfect tan without a bikini in Egypt. Women also can’t sunbathe topless.
Top hotels in Sinai for business trip or short vacation
South Sinai is home to the most popular beach resorts and therefore the choice of upscale accommodation places is more than worthy. Sharm el Sheikh itself has several hundred hotels, most of …

Open
It should be noted that most of the locals are accustomed to the fact that their women walk in clothes that hide all of the parts of the body. This is especially important during the holy month of Ramadan or if you intend to visit religious areas. Open closes show that a woman is easy. The same thing works in their attitude to foreigners. If you go to public places or streets of Sinai, men will make you obscene complements and offers. These are only words and nobody will be rude with a woman, but it can anger your man. The best advice for all ladies is to wear clothes which hide legs, shoulders and belly.
Take into account that local inhabitants are emotional people. They love to interrupt each other, raise voice and use a lot of hand movements. You should also remember that the favourite word of Egyptians is «bukra» which means tomorrow. Locals believe that everything depends on God’s will. So, there is no actual tomorrow. In brief, Egyptians live according to the proverb «Between promising and performing a man may marry his daughter». It is not customed here to give direct refuses, especially to tourists. It is obvious because foreigners bring a lot of money to the country. You will never hear a refusal even if your request is puzzling. But if a local has agreed to fulfil your request, it doesn't mean that he will keep the promise. One more thing, they are always late for meetings. Copyright www.orangesmile.com
Shopping in Sinai - main shopping streets, outlets and boutiques
While having shopping in South Sinai, you should remember that it is a touristic place. Locals earn a lot of money because of the tourists. If you want to buy something, be ready to bargain …

Open
Most of the locals are quite tolerate towards the representatives of other religions. It may be caused by the fact that Copts and Christians who have been living in Egypt since the beginning of time. However, if you want to avoid quarrels with locals, try not to discuss religious issues. What’s interesting, Egyptians paint eggs on the first Monday after Coptic Easter. This custom is rooted in the ancient Egyptian spring festival Sham el-Nessim. Egyptians believe that everything has roots in Egypt. For example, they think that stuffed peppers and stuffed cabbage are variants of ancient mahshi dish. 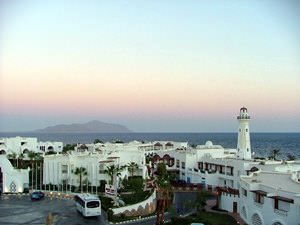 It is considered usual here to visit friends or relatives late and stay with them after midnight chatting and discussing different events. They don’t each much during these meetings, just fruit and drinks. However, if a foreigner comes to the house of a local, many traditional dishes will be offered to him. It is not customed here to refuse to taste dishes. Some of the Egyptians can give a bed for a night to a stranger if they have a place. One more interesting fact is that almost all of the shops have free or cheap delivery service in Egypt.
Guide to Sinai sightseeing - things to see and to visit
The southern part of the Sinai Peninsula is incredibly popular among travelers. In addition to the world famous beach resorts, there are numerous interesting natural and historical …

Open
As a rule, locals live with parents for a long time. Moreover, before a girl is married, her family takes care of her. She can’t go anywhere with her man, even if they are engaged. Man is always the head of the family. He earns money and takes care of his wife and children. Divorces are rare here. Egyptians love and indulge their children. Locals celebrate such holidays as Christian Christmas, secular the Revolution Day, the Labor Day and Sinai Liberation Day. Sham El Nessim is an Egyptian national holiday marking the beginning of spring. Eid al-Fitr is an important religious holiday celebrated by Muslims worldwide. It marks the end of Ramadan. Eid al-Adha is second of Islamic holidays celebrated worldwide. There is also a large-scale celebration on Muslim New Year.

This guide to traditions and festivals in Sinai is protected by the copyright law. You can re-publish this content with mandatory attribution: direct and active hyperlink to www.orangesmile.com.
Sinai - guide chapters 1 2 3 4 5 6 7 8 9

City tours, excursions and tickets in Sinai and surroundings

As true Muslims, Egyptians do not accept pork and alcohol. A gift in the form of a bottle of expensive alcohol is perceived as an insult to the religious feelings. The ban on alcohol has led to an increase in the number of smokers in the country. Smoking cigarettes and hookah that is locally known as "Shisha" is common in Egypt. The Egyptians are cheerful people and easily come into contact with foreigners. If they liked a person, they will try to strike up a friendship with him or her. When talking with local residents, try to be cautious in your statements. Criticism of the country and government is regarded as a personal offense and brings to naught the communication. … Open

Colors of Sinai in photos

Traditions and festivals in cities around Sinai

Sharm el-Sheikh
There is also the Little Italy in Sharm El Sheikh; that’s the second name of Il Mercato street. It is also a very attractive place, where you can visit a lot of interesting shops and entertainment venues. As for typical Egyptian areas, the Old Town is still the undisputed leader; it enjoys continued popularity among shoppers. Tourists wishing to explore this picturesque ... Open »
Hurghada
Tourists shouldn’t forget about basic rules of conduct; you mustn’t make a noise in public places or appear drunk on the street, as it is considered a serious offense. Not all local restaurants serve alcoholic beverages; spirits sale and distribution is severely restricted. Choose high-necked clothes of neutral tones for walking. Bathing suits and colorful dresses have to ... Open »
Cairo
The locals are distinguished by sluggishness and deliberation. Punctuality is not a strong feature of the indigenous people. Being late even for an important meeting has become quite common in Cairo. However, foreigners still need to show respect and come to meetings at the appointed time. When communicating with the locals, foreigners may notice some increased expressiveness ... Open »
Jerusalem
A large part of national celebrations is associated with religious traditions. There is also a large number of festivals organized in the memory of important historical events. All holidays are usually celebrated in a family circle. Every celebration has a number of unique customs and traditions, which are invariably followed for centuries. Virtually every religious holiday ... Open »
Tel Aviv
A significant part of the national holidays has a religious origin; they are celebrated in compliance with amazing rituals and customs. Important historical dates are also honored by locals. Taking into account that Tel Aviv is living according to the lunar calendar, the timing of events may change year-on-year. Tel Aviv is a large modern city that actively adapts to the world ... Open »
Alexandria
There is a city in Egypt, which is not like others. This is Alexandria, the northern capital of Egypt. Why the capital? Because, firstly, it is the second largest city in the country, and secondly, it actually was the capital of Egypt for several centuries. In the ancient period, Alexandria was highly developed and soon turned into one of the largest cities in the ... Open »

Cityguide on traditions, mentality and lifestyle of people in Sinai. Learn the best periods to visit Sinai to discover its soul - authentic festivals, events and celebrations. We will also reveal the interesting habits, attitude towards the world and to tourists in Sinai.