Family holidays with children in South Africa - attractions and entertainment 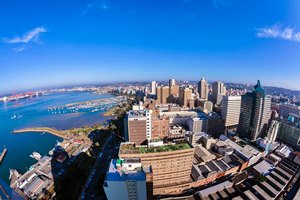 Traveling to the Republic of South Africa with children can be an impressive experience for the whole family. Where else could you see such a cultural diversity if not in South Africa? The country offers a variety of recreational and educational opportunities for families. Operating since 1897, the Iziko South African Museum in the heart of Cape Town contains fossils that are hundreds of millions of years old, tools and weapons of ancient people, clothes and objects of the 19th century, as well as modern insects and clothes - the collections for future generations. By calling the Museum in advance, you can book a tour guided by a scientist.
For active traveler - national parks, landscapes and nature of South Africa
The nature and geography of South Africa are very diverse. In this country, you can find any terrains and climatic zones except for tundra and polar …
Read further
James Hall Transport Museum is located in Johannesburg. It would be of great interest to kids who are passionate about vehicles - here they can explore the land transport of two centuries. These are trams, locomotives, carts, bicycles, buses, cars - everything that has been used by residents of the South African capital since the end of the 18th century, including rare exhibits. The museum shop sells souvenirs related to transport, as well as postcards. The Warrior Toy Museum in Cape Town invites all comers to get acquainted with a collection consisting of five hundred dolls, several thousand toy cars, soldiers, boats, and plush toys. The museum is sure to entertain children and make adults nostalgic. In a shop, you can buy collection toys.
Sci-Bono Discovery Centre in Johannesburg is a great place where children can discover the fundamentals of exact sciences. The purpose of the museum is to promote interest in mathematics and engineering. The center housed in a former power plant building keeps more than three hundred interactive exhibitions - and almost everything can be touched, examined, pressed. In Scratch Patch & Mineral World, precious stones like amethyst, quartz, agate, and others literally cover the floor. Here you can just sit on the floor and play with the stones, which is believed to relieve stress. A gift shop offers a huge selection of stones - expensive and quite affordable, in the raw form and turned into statues, interior items with gems and precious jewelry. Copyright www.orangesmile.com
Unique sights of South Africa from our series 'Extreme places on Earth'
These spots really worth the attention of a real traveler-researcher. …
Read further
Art Jamming Studio is an art center in Johannesburg. The studio holds drawing lessons for children 2-4 years old, as well as games with finger paints, sand, and clay. In a word, this is a place where small kids can give free play to their wild imagination and get dirty as much as they like. Older children should be taken to RollEgoli Roller Rink in Sandton - 1000 square meters of safe space allowing children and teenagers to splash out energy. Gold Reef City theme park in the largest South African city is full of breathtaking rides to suit all tastes. The park is built on the site of a gold mine, so one can go down the mine and walk through dark tunnels. 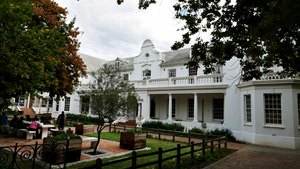 Bob's Peanut Butter Shack in Bloemfontein is recommended to those wishing to spend their time in a fun and tasteful way. The colorful restaurant is famous for its great fresh milkshakes with natural ingredients for every taste - about 50 types: lemon, peanut, apple, caramel, banana, and so on. Here there is a special children's menu with hot chocolate, peach tea, and chicken wings, while adults can enjoy cheese chips and onion rings. Parties with activities, including cooking and painting, are arranged on request.
South Africa sightseeing - top places to visit
The Republic of South Africa offers a variety of entertaining activities to its guests, so there’s no wonder why every year more and more travelers …
Read further
The Ant Collection is located in the province of Limpopo. The two luxurious private houses, Ant's Nest and Ant's Hill, are both centers in the middle of an entertainment camp that offers heated pools, horseback riding lessons, jeep tours, hikes accompanied by rangers, mountain biking, and children's playgrounds. The family running this place has been living here since the end of the 19th century. Giraffes, buffaloes, and rhinos walk freely around the territory, and watching them in their natural habitat will surely impress children.

This article about vactions in South Africa with children is protected by the copyright law. You can re-use the content, but only under the condition of placement of an active link to www.orangesmile.com.
South Africa guide chapters 1 2 3 4 5 6 7 8 9 10 11

Zoos and gardens in South Africa
♥   Zoo 'Bester Birds and Animals Zoo Park' . On the map 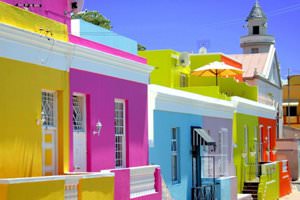 In Cape Town there is also a strange colorful district - Bo-Kaap. Once it was an unsightly Malay quarter, which gradually became the real open-air museum. The main feature of the picturesque historical district is the low old houses, whose façades were painted in all rainbow colors. Some of the buildings that can be seen today in the district were built in the middle of the 18th century. Miraculously, its original architecture has survived until the present.

One of the landmarks of the Bo-Kaap quarter is the Nurul Mosque, built in 1844. The tourists can also visit the interesting museum and view the interior of the colorful houses from the inside. Despite its popularity, Bo-Kaap is one of Cape Town's quietest districts. From its territory, the excellent panorama opens to the Table … Read all 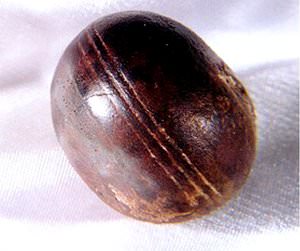 The unique wavy spheres were first discovered by the miners in the Republic of South Africa a few decades ago. Since then, they have been regularly found by the workers on the depths. The spheres have different structure. Some of them are uniform and consist of the modern science of unknown alloy. The other spheres are hollow. During the sawing, the porous white matter has been found in them. A single similar element is the small furrows, which are called the 'equator'.

The age of the mountain, in which the miners find the mysterious spheres, forms almost three billion years, which contradicts the theory of their earthly origin. The mines, which are located near Klerksdorp, have been attracting researchers from all over the world for several years. The spheres are found regularly. Their … Read all
All unique sightseeing South Africa

Cape Town
There are several fascinating reserves in the city. In the Tsitsikamma Wolf Sanctuary, you can see some of the most dangerous predators in the world - wolves. Excellent living conditions are created for them here. The reserve is located on the territory of a real forest, so animals feel very comfortable here. There are various kinds of wolves in the reserve. A walk along it promises to be very informative. There is a real reptile garden in Cape Town called “Reptile Garden”. One of the … Read more

Johannesburg
For those who want to immerse themselves in a real world of wildlife, it is worth making a safari in the Lion and Rhino Nature Reserve. Lions and rhinoceroses live in this park. On its territory, interesting jeep safaris are conducted, and also visitors are offered a walk in the safest places and the opportunity to play with young lions. This is one of the few reserves in Africa where animals can be observed from as close as possible. There is also a classic zoo in Johannesburg called … Read more

Stellenbosch
For example, a child and an adult can safely hold a python in their hands here. Or you will have the opportunity to pet one of the giraffes. These animals are curious by nature. They are used to the attention of visitors at the Giraffe House Wildlife Awareness Center. Therefore, they are willing to make contact. You can feed and pet almost any animal except alligators. The child will do this under the control of a park employee, of course. The zoo deserves the attention of children and adults … Read more

Map of South Africa cities for family trip with kids