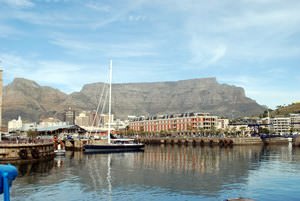 1. The Republic of South Africa is a developing country, and the quality of the water is far from ideal here. Tourists in South Africa must avoid drinking tap water. Even when brushing your teeth, rinse your mouth with bottled water, take a shower so that water does not get into your mouth, order drinks without ice in cafes and restaurants. In ponds, rivers, and lakes, one can catch a parasitic disease, so swimming is not allowed.
2. One shouldn't eat dairy products without ensuring that they were kept at the proper temperature.
3. South African friends should always be greeted with respect and warmth, in a group you need to greet each person separately. This applies to both the first meeting and subsequent ones. Locals often greet their friends with a handshake, hugs, patting on the shoulders and back. One should not try to avoid these gestures, as this may be regarded as unforgivable rudeness.
National cuisine of South Africa - specialties, recipes and restaurants
The motley Republic of South Africa full of contrasts has absorbed the traditions of Africa, Asia, and the West. The South African cuisine is …
Read further
4. In South Africa, guests are more often invited to someone's house personally than in writing. For example, married tourists may hear a phrase like "My wife invites your wife". Those invited to South Africans are advised to bring some sweets or a bottle of wine as a symbolic gift.
5. When entering the house, shoes must be removed immediately.
6. It wouldn't be superfluous to offer the owners help with serving food, washing dishes and so on - this is always appreciated.
7. Leaving the dining table before others is not accepted. Hosts should invite guests, for example, to another room. Be sure to give way to all who are much older. Copyright www.orangesmile.com
8. It should be remembered that Muslims don't eat pork and don't drink alcohol, and Hindus are mostly vegetarians. Although there are not so many representatives of these faiths as Christians in South Africa, they still can be met. Therefore, if the tourist knows that new friends are Muslims and Hindus, it is important to avoid eating and drinking something they do not accept in front of them. It is also worth remembering about the month of Ramadan (May-June) when Muslims keep the fast during the daytime and eat food only at night, so avoid eating in their presence during the day. Tourists invited to Muslims' houses should expect women and men to eat separately.
9. While talking with South Africans, it is important to be face to face and maintain eye contact, as well as to show interest in the conversation. If the interlocutor notices indifference to the topic of conversation, this may cause offense. If the interlocutor approaches or moves closer, this shouldn't be perceived as a threat. In South Africa, people usually stand close to each other during the conversation, and trying to avoid this proximity can offend a person.
10. It is not recommended to criticize the Republic of South Africa, its culture, politics, etc. It is important to avoid talking about apartheid, discrimination, racism and so on. If the interlocutor starts talking about it, it is better to just listen carefully. If the interlocutor talks about the difficult situation in the country, one should listen with participation and express sympathy - that's how you get in good with a local resident.
11. Eating on the street is not accepted unless it is ice cream.
What to see and what to visit in South Africa with children
Traveling to the Republic of South Africa with children can be an impressive experience for the whole family. Where else could you see such a cultural …
Read further
12. Asians and whites in South Africa are usually punctual, but punctuality should not be expected from black and mixed South Africans.
13. Do not keep your hands in pockets when talking - this is regarded as disrespect. The V gesture meaning "peace" (index and middle fingers) with the palm turned backward is rudeness akin to the middle finger in Western culture. It is better to avoid gesticulating with your left hand, as many South Africans find this rude. You should always cover your mouth while yawning. Taking something, use both hands.
14. Admiring something that belongs to the South African, for example, at his home, it is important to know where to stop, otherwise the owner will feel obliged to present it. Light praise, on the contrary, is welcome.
15. Spitting on the street is bad manners.

This collection of travel tips for South Africa is protected by the copyright law. You can re-use the content, but only under the condition of placement of an active link to www.orangesmile.com.
South Africa guide chapters 1 2 3 4 5 6 7 8 9 10 11 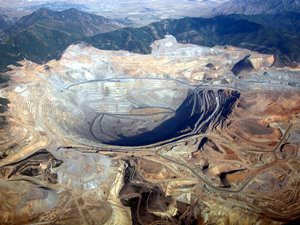 Some difficult-to-reach places, whose formation was influenced by humans, can be found deep under the earth. Recently, the Tau Tona Mine, located in the Johannesburg area, became the world-famous landmark. This is the largest mine on earth. The ability to reach the mine is not only due to its great depth. One of the distinctive peculiarities of deep mines is very high temperature.

Tourists may only visit the upper parts of the mine. The descent to the lower levels without special equipment is life-threatening. The shafts of the Goldmine reach the depth of 5 000 meters. From the African dialect, Tau Tona is translated as 'the Great Lion'. A very unusual cooling system was developed for the exploitation of the mine.

On the surface was built an industrial complex that produces ice. The … Read all 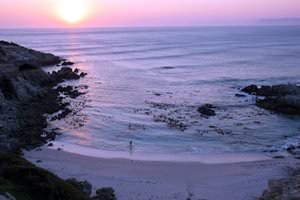 In South Africa there are as many beaches that are dangerous because of the sharks. One must definitely mention the beach, which is located on the territory of the town of Gansbaai. This coastal stretch is also known as the Great White Shark Capital, which can be translated as the World Capital of the Great White Haie. And that's true. For many years, the coast has remained as a habitat for the most dangerous marine mammals. Several inexperienced tourists were injured by the sharks. Many recreational seekers notice the caution signs on the coast as well as not at all.

Many tourists find these dangers even exciting. Gansbaai is rich in the underwater attractions that can be discovered in the coastal waters, so this area is very popular with the divers. Although some of them are … Read all 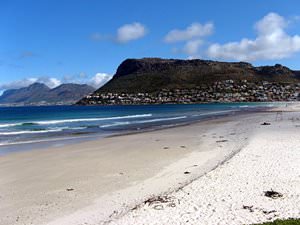 In the Republic of South Africa you should rather avoid the beach of Fish Hoek, which is one of the most dangerous beaches in the world due to frequent shark attacks. Cape Town's coast has always been the habitat of white sharks. On the Fish Hoek beach, you can encounter these dangerous predators even in the shallows, near the coast. The number of attacks that had fatal outcome is not only the highest in the country but throughout the world.

In order to protect the recreation seekers, the special protection nets were placed on the coast, but unfortunately they can not guarantee full safety. The work of local saviors is anything but enviable - regularly they have to clear the coast of the corpses of the people who were attacked by the predators.

Cape Town
1. The period from October to the end of November is considered the best time to visit Cape Town. During this period tourists will be able to catch the most favorable weather. Budget travellers are recommended to visit the city during the period from April to May. There are not many tourists in Cape Town in these months, and so the rates are the lowest. The period from late May to late July is the rainy season. 2. Bus remains the most popular form of public transport, but it should be used … Read more

Johannesburg
1. Tourists are recommended to use only bottled water for drinking. You can find it in all grocery stores and supermarkets. Tap water is not harmful to health, but the use of it can exacerbate the process of acclimatization. 2. Tourists should make excursions around the city only when accompanied with a guide or in a group. Soweto, Alexandra, Hillbrow and Kettlhong are considered the most unsafe areas for walking and sightseeing. 3. Tourists, who plan to travel around the city by car, in … Read more

Pretoria
1. In spite of the fact that at the present time economic situation is stable in the country in comparison with the nearest past, the inflation level is quite high anyway. Travelers have to be ready to everyday change of prices for goods and services. 2. It is more profitable to pay with national currency, it is possible to exchange it in every local bank. Because of the reason you’ve just read above it is not recommended to exchange the big amounts at a time, the rate can change every day. … Read more