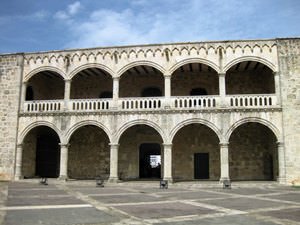 Many tourists aim to visit the resort city of Santo Domingo in late February as exactly in this period the city holds scale and the most interesting ethnic holiday being the Carnival. The Carnival is celebrated in all the cities of the country however the brightest and the most buzzing folk fests take place right in the capital of the country. Citizens prepare for the holiday celebration all the year round, they think up festive songs, design costumes and rehearse performances and shows. The Carnival starts on the 28th of February and lasts for seven days. In some cities of the country the celebration of the holiday lasts for a longer period.
Excursion over cultural sights of Santo Domingo - 'must visit' points of interest
The city of Santo Domingo is a perfect destination for those tourists giving preference to different excursions and exploration of historical sites. The city was established in 1496. Its …

Open
One of the main personages of the Carnival is the Satyrus who takes part in all costume marches, parades and performances. The most spectacular event of the Carnival is a festive march. Hundreds of local people clad in bright costumes decorated with ribbons and flowers are marching though the streets of the city.
Guests of the festival also have a chance to visit various street performances featuring various themes. Commonly street artists perform comic sketches touching upon political and everyday life. Within the festival different interesting performances and engaging concerts for children are held. A good tradition of the festival is bright and exciting performances of numerous folk music groups being the best reflection of the local culture and a perfect way for foreign guests to learn the culture and folk traditions. Copyright www.orangesmile.com
Your active city break in Santo Domingo. Attractions, recreation and entertainment - best places to spend your day and night here
After the exploration tour though the historical landmarks tourists will love to visit local entertainment establishments which will stun foreign guests with various programs and original … 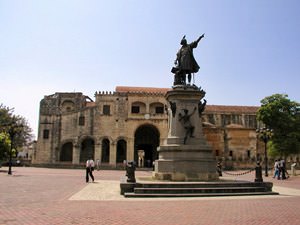 The celebration of this period featured various rituals and ceremonies and had dominating religious character. Contemporary celebration of the carnival is completely another holiday. The event developed into a folk fest in 1844 when the country turned independent. The Independence Day which the citizens celebrate on the 27th of February is one of the most favorite and much waited holidays among local folks. Many country celebrations still feature religious character. On the 21st of January the St Altagracia Day is celebrated in the capital of the country. Local folks consider this catholic saint to be the patron of the city and organize splendid saint honoring celebrations.
Advices to travellers: what you should know while being in Santo Domingo
1. Tourists arriving at the Las Americas airport may opt for taxi booking service. A taxi car can be ordered in advance prior to the flight. A cost of a service will be about 35USD. A trip …

Open
The Dominican National Dance is regarded as the beautiful groovy dance that best conveys the local people’s “soul” – energetic and relaxed. In this dance, everything, both the bizarre charm of movements and the ability to live in one moment, will make you forget everything. Intertwining, the bodies of the dancers “freeze” forever in a single moment – and the admiring tourists watching their actions will remember every movement of the passionate dance for the rest of their lives. This is precisely what happens at the festival dedicated to energetic dance (Merengue Festival), which takes place twice every year: in late July and mid-November. 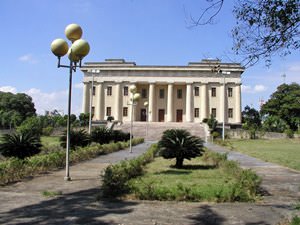 Thus, in summer the capital of Dominica, or the central streets of the city to be exact, is filled with lovers of event tourism who want to get acquainted with the local culture. The main venues for spectacular dance performances are Park El Malecon located right off the coast park and the coastal area Plaza Juan Barón. The autumn event takes place at two locations in the city: the Palacio de Bellas Artes Theatre hosts traditional merengue musicians (in addition to dancing, the merengue is also a special Dominican style), and at the Teatro Nacional Eduardo Brito Theatre, performances with a folklore component can be seen.
Guide to Santo Domingo sightseeing - things to see and to visit
The famous voyage of Christopher Columbus was marked by the arrival of his ship at the shores of the New World. It is the land of Santo Domingo that keeps the memory and centuries-old …

Open
Easter (Semana Santa) is the most important Christian holiday, which usually takes place in mid-April. A feature of the Dominican faith is that the Christian tradition is mixed with the so-called “voodoo” (Vodú), which is influenced by the Haitian voodoo, which can be understood from the similarity of the names. The indigenous people, dressed in traditional costumes, go out to the beaches and have fun during the Semana Santa celebrations, so it is worth remembering that at this time places of interest are packed with locals. The peculiarity of Dominican celebrations is that local people believe Easter is the only day of the year when Jesus Christ is not watching ordinary mortals’ actions. 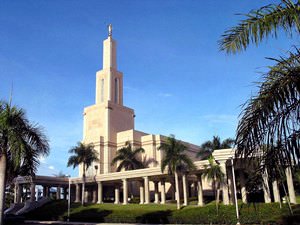 Other Catholic festivities include Espíritu Santo, which takes place seven weeks after the celebration of Easter. Traditionally, religious processions are held at this time in the surrounding city of the capital of the Dominican Republic, Villa Melya. In mid-September, starting from the 15th, tourists will be able to enjoy another Catholic celebration in honor of the Virgin of Mercy. The place of worship is the settlement of Mata Los Indos, where the most picturesque religious processions take place. On September 29th a holiday dedicated to another saint – San Miguel­­ – is traditionally held. The peculiarity of these celebrations is that religious processions are accompanied by African drums and music.

This guide to traditions and festivals in Santo Domingo is protected by the copyright law. You can re-publish this content with mandatory attribution: direct and active hyperlink to www.orangesmile.com.
Santo Domingo - guide chapters 1 2 3 4 5 6

In the Dominican Republic, your look is your face. Clothes and general appearance speak about a person's social status and wellness. Therefore, locals try to buy clothes from the highest-quality fabrics, respecting designer brands. Be sure to dress elegantly and beautifully, if you are invited to dinner. … Open

Colors of Santo Domingo in photos

Traditions and festivals in cities around Santo Domingo

La Romana
There are several important features to take into account when communicating with local residents. They are very emotional, therefore in the communication process, they can often speak loudly and use gestures actively. Such manifestations should in no way be regarded as a sign of hostility - these are just some of the local character traits. Addressing each other formally is ... Open »
Bavaro
Local people often use informal language when talking to each other, and that applies to unknown people as well. At the same time, chummy manners are unacceptable here and such people may be considered rude. While talking to local people, it is important to treat them with respect and do not try to show any kind of superiority. Curiosity is one more trait of the national ... Open »
Providenciales Island
The traditions of Africa, Oceania and Europe have been mixed here for centuries. The vast majority - about 90% of the population are representatives of the Negro race. Descendants of slaves were brought here to work on the plantations. It is important to say that nowadays the black population is not characterized by excessive promptness, sense of duty and customer focus. ... Open »
Tortola
By the way, note that although the main spoken language here is English, you will not understand every Islander. The fact is that the vast majority of Tortola residents speak the West Indian dialect, which includes a large number of words of African, Danish, Spanish and French. This language was spread in the colonies of Britain and remains unchanged among the local ... Open »
Oranjestad
Visiting one of the local stores, one should not expect that the seller will drop everything and rush to serve you immediately. Most likely, you will have to wait a few minutes before he or she completes the current task and draws attention to you. Such a leisurely service is common to local restaurants and cafes where sometimes guests need to wait a long time for their ... Open »
Curacao
Strolling through local markets and souvenir shops, visitors can see a lot of interesting crafts, colorful fabrics and souvenirs. At first glance, they may resemble children's crafts, and there is a grain of truth in this association. The inherent ‘childishness’ of the local craft is due to the fact that original manufacturers were younger family members. While the parents ... Open »

Cityguide on traditions, mentality and lifestyle of people in Santo Domingo. Learn the best periods to visit Santo Domingo to discover its soul - authentic festivals, events and celebrations. We will also reveal the interesting habits, attitude towards the world and to tourists in Santo Domingo.