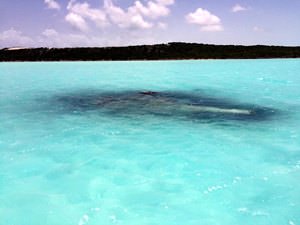 Providenciales Island was discovered in 1512 by Juan Ponce de León. He was a Spanish explorer and conquistador known for leading the first official European expedition to Florida and the first governor of Puerto Rico.No one lived here until this moment. Later, British colonists began to visit the island for the sake of salt and other valuable resources, and the entire archipelago received the status of a colony of Great Britain in 1766. In the future, the island of Providenciales was a part of Jamaica. Later, the country became independent and remained under the protectorate of England. Today Providenciales in the Turks and Caicos Islands is still an overseas territory of Britain and officially it’s ruler is Elizabeth II.
Excursion over cultural sights of Providenciales Island - 'must visit' points of interest
Providenciales was discovered along with the other islands of the archipelago in the 16th century. Until that time, no one lived here, and immediately after the discovering of this land, the …

Open
The traditions of Africa, Oceania and Europe have been mixed here for centuries. The vast majority - about 90% of the population are representatives of the Negro race. Descendants of slaves were brought here to work on the plantations. It is important to say that nowadays the black population is not characterized by excessive promptness, sense of duty and customer focus. However, white residents can be described by the same characteristics. The island really looks like a paradise. People have a relaxed way of life and they never hurry here. So if you need something urgently, you should look for immigrants from Europe. There are many of them nowadays.
There is an incredibly peaceful atmosphere on the island. In general, there is an extremely low level of crime on Providenciales. In particular, crimes against foreign citizens. Perhaps it is caused by fairly high local prices. That is why rich businessmen and wealthy families like to visit Providenciales because they feel safe here. But maybe this is because of the features of the local mentality. Although it is clear why there is a large flow of tourists even despite the remoteness of the island from the usual tourist routes. Everyone speaks English here because it is the official state language of Providenciales. Copyright www.orangesmile.com
Your active city break in Providenciales Island. Attractions, recreation and entertainment - best places to spend your day and night here
You can fully enjoy horseriding on Providenciales. Here is a large stable «Provo Ponies», where patient instructors will not only tell you how to sit on a horse and how to ride …

Open
Wild cows are considered to be a real local attraction! The fact is that there were no mammals on Providenciales before the colonists appeared on the island in the 16th century. But the Europeans who arrived here built many farms where they were engaged in the production of cotton and brought all kinds of cattle here. Alas, over time, the income here has become less, slaves were not going to work forever for the owners and they started a riot. White planters chose to leave the island, and the cattle scattered throughout the local territories. Today you can meet wild cows, pigs, goats, and even horses here. Do not be confused by their "home" appearance – these are wild animals that can cause injury if they decide that a person attempts on their life or freedom. 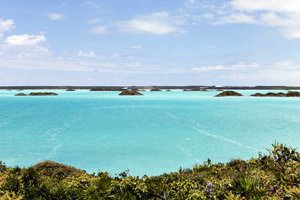 Be careful and remember that it is not necessary to have local currency on the island. It can be exchanged only for a souvenir here. But you can bring to the island any amount of money in any currency without any problems. It is worth remembering that Providenciales island is a territory where the local population practises baptism. In general, there are no nudist beaches, it is forbidden to sunbathe topless and walk in a bathing suit outside the beach here. Please also note that pornographic materials cannot be imported to the island.
Best beaches and recreation areas around Providenciales Island
Providenciales Island can boast one of the largest and most beautiful beaches in the world, Grace Bay. Length of the beach is more than 8 kilometers; there are many hotels, sports and …

Open
The best time to visit Providenciales is from December to July when there are little rain and less chance of being in the middle of a hurricane or tropical storm. The locals know how to have fun. The New Year on January 26, March Day of the Commonwealth and Easter, May Day of national heroes, July Birthday of the Queen, Emancipation Day on August 1, Columbus Day in October, Catholic Christmas and Boxing Day following it. All of these holidays are celebrated here in a big way with a truly African emotionality. Twice a month, the island hosts a festival of national culture, more focused on tourists, which events are devoted to the history of the discovery of Providenciales and the life of local residents.

Colors of Providenciales Island in photos

Traditions and festivals in cities around Providenciales Island

Santo Domingo
The festival in Santo Domingo attracts carnival troupes from all the regions of the country. The last day of the Carnival features distribution of awards among best troupes. Another much waited event of the last day of the Carnival is choosing of the King of the Carnival who then leads the final carnival procession. According to historical data the first carnivals in Santo ... Open »
La Romana
Local people are big fans of fun and noisy celebrations, which are organized here almost every month. In winter, the original ProCigar Festival is held in several Dominican cities at once. The city has several large factories where handmade cigars are produced. They are in no way inferior in quality to the world-famous Cuban cigars, many tourists buy cigars as a souvenir. ... Open »
Bavaro
When going to a restaurant, an excursion to religious landmarks or a state office, it is recommended to be more careful about choosing the right outfit. Short skirts, shorts, t-shirts or sleeveless blouses are not suitable in that case. During a walk in Bavaro, tourists might see people with firearms. Short-barreled weapons are allowed in the town. That said, Bavaro is a ... Open »
Harbour Island
The locals are fond of good humour and they’re always in a good mood. And they express this trade of their national character in music. The local goombay ensembles originally consisted of drums, a saw, rhythm sticks, maracas, and a kind of bass made of a wash-tube with strings tighten on it. People simply used everything to create music instruments, so to speak. Nowadays, ... Open »
Nassau
Travelers visiting Nassau at the end of May will have the opportunity to witness the annual Caribbean Music Festival. Its three-day program is not limited to musical performances alone. Only local bands took part in the festival in its early years, and now it attracts foreign performers from many foreign countries. The festival program is so rich that a series of musical ... Open »
Kingston
The Rastafarian subculture originated in Kingston and continues to live to this day. The most famous rastaman was the singer Bob Marley who has become a cult personality for locals. The main conviction of the Rastafarians is the pacifist position. Marijuana is considered their main symbol, which is customarily used for ritual purposes. In general, local people can be ... Open »