Family holidays with children in Palestine - attractions and entertainment 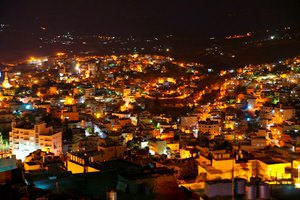 Palestine – the West Bank of the River Jordan – borders Israel and Jordan. The Gaza Strip has a border with Egypt. Officially, the State of Palestine is not a separate country. This is an autonomous territory in Israel’s jurisdiction. This territory is the location of such ancient cities as Jericho, Bethlehem, Hebron, and East Jerusalem. Many notable events mentioned in the Bible took place here. Tourists arrive at airports in Israel because there are no airports in the West Bank. The same applies to railroads. Most probably, you think that it is dangerous to live with children in the West Bank, and it is better to visit this place only during a one-day excursion. Do not hurry to make this decision.
Palestine sightseeing - top places to visit
One of the youngest countries in the world, Palestine officially appeared on the world map only in 1994. That being said, many signature landmarks of …
Read further
It should be noted that the negative image of Palestinians is much formed by the Israeli media and is targeted at the country’s population, Israeli Judaists. Of course, Israeli people have reasons for disliking Palestinians. The latter reciprocate their feelings, and there is an ongoing conflict between the two nations. That being said, we mostly know about the problem from the Israeli point of view. Local media never tells that dangerous situations with tourists in Palestine do not happen more frequently than in other countries of the Middle East. Most likely, you have never heard that residents of the State of Palestine are very friendly with foreign guests.
Of course, tourists are free to choose what they think is best. They can stay at hotels in Israel and visit Palestine only during excursions, or they can book a hotel on the Palestinian side and explore local landmarks on foot. Hotels in Jerusalem are expensive, but the nearby city of Bethlehem has much nicer prices. It is not easy to find a midscale hotel suitable for tourists with children, but some options are good for a short-term stay. These are hotels like the Angel Hotel, Golden Park Resort, and St. Michael Hotel. Copyright www.orangesmile.com
National cuisine of Palestine - specialties, recipes and restaurants
Palestine is a country with a hot climate, but local winters are quite cool. The temperature can fall to +5°C - +8°C. The country grows enough food …
Read further
The Jacir Palace Intercontinental Bethlehem is a more interesting choice. This hotel in Bethlehem looks like a palace from a fairytale. It is more expensive and has a higher rating, but the hotel’s infrastructure is also better. The Jacir Palace Intercontinental Bethlehem features a fitness center, sauna, massage, karaoke, air conditioning, heating, car rental, and more. Besides that, there is a playground for children, and the hotel offers babysitting services. Own excursion bureau is another advantage – tourists can get information about different tours and book them right away. The Millennium Palestine Ramallah is one more hotel suitable for tourists with children. As it is not hard to guess by its name, it is located in Ramallah, the administrative center of the West Bank. By the way, food is twice cheaper in Palestine than in Israel. 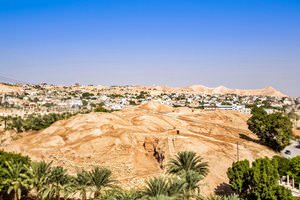 There are several places worth visiting with children in Palestine. In the city of Tulkarm or Tulkarem, tourists can visit a popular entertainment park – Mega Land. It has many interesting amusements suitable for both children and adults. To the south of Tulkarm, in Qalqilya, there is a zoo. This is the only zoo in Palestine. Israel surrounded the Palestinian territory with a concrete wall. Qalqilya is located near the border, and the wall looks particularly impressive here because it surrounds this small city on three sides. Even visitors to the zoo can see the wall. Another large amusement park is located in Jenin. It is called Haddad Village. There is a hotel with a good restaurant nearby.
National traditions and mentality of people in Palestine
Palestine is an Arab country in the Middle East that is a de jure sovereign state. It is partially independent and partially officially recognized by …
Read further
Despite the generally mixed opinions on the tourist infrastructure of the State of Palestine, some hotels are great for families with children here. Take a look at the offer of the InterContinental Jericho. This hotel is open in the oldest city in the world – Jericho, the history of which started more than 10,000 years ago. The Judaean Desert surrounds the city, making the perfectly maintained territory of the hotel even more impressive. InterContinental Jericho looks like a magnificent oasis with a green lawn, a park area, an outdoor swimming pool, tennis courts, several restaurants, a sauna, a Turkish hammam, a fitness center, and a beauty salon. To the service of vacationers with children, the hotel offers a children’s playground and babysitting services. 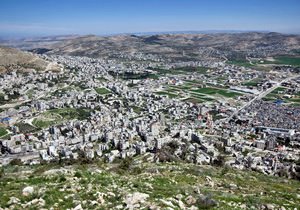 The hotel is open in a modern building and has spacious rooms with lots of light and floor-to-ceiling windows. Each room comes with air conditioning and bathroom (towels, slippers, and bathrobe). The price includes a buffet type breakfast that tastes particularly nice at this wonderful hotel in the middle of the desert. Jericho is not a big city, so it doesn’t have any infrastructure for tourists with children but his settlement is famous for its historic landmarks that impress both children and adults with their fabulous look.
Palestine cultural sights. What to see?
The State of Palestine is a de jure sovereign state with the unclear status of autonomous territories. It borders with Israel and is famous for its …
Read further
The grayish-brown slope of Mount of Temptation is visible from any part of the city. According to the Bible, Jesus Christ was fasting here for 40 days soon after the baptizing. On a stone massive, closer to the top of the 380-meter vertical stone wall, there is the Monastery of Temptation. A cable car connects this monastery with the city, so visitors do not need to sweat when trying to go the top. The hotel’s windows offer amazing views of the Dead Sea (15 minutes by car). Swimming in the sea has always been a pleasure for both adults and children. The Dead Sea is famous for its unique properties. The water is so salty here that people do not need to swim. The water force always keeps them on top, and it is almost impossible to snorkel here.

This article about vactions in Palestine with children is protected by the copyright law. You can re-use the content, but only under the condition of placement of an active link to www.orangesmile.com.
Palestine guide chapters 1 2 3 4 5 6 7 8 9 10