Active vacation in Palestine - things to do, entertainment and nightlife 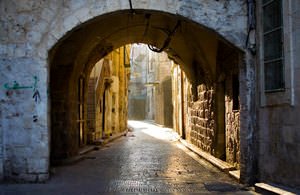 Tourists can enjoy different types of vacations in Palestine depending on their taste and preferences. If you read a lot of negative information about the country before your vacation, it will be hard to change that prejudice. If you find it hard to stay positive about the country, at least try to stay neutral until you see Palestine with your own eyes. You can draw a conclusion later when you explore the country and meet its people. The territory of Palestine is divided into three areas. The “A” area is the territory controlled by the Palestinian government, and the “B” area has a cooperative governing by the Israelis and Palestinians. Finally, the “C” area is fully controlled by Israel.
National cuisine of Palestine - specialties, recipes and restaurants
Palestine is a country with a hot climate, but local winters are quite cool. The temperature can fall to +5°C - +8°C. The country grows enough food …
Read further
There are no railroads and airports in the State of Palestine. Tourists can reach this territory using two ways only – from Israel and Jordan. Israeli custom officers do not have fellow feelings for tourists who plan to stay in Palestine. Take this into consideration and think of a tourist route beforehand. Some tourists choose to stay in Israel and visit Palestine during excursions. If you decide to enter Palestine from Jordan, you need to leave this territory using the same way. Entering the territory of Israel might be problematic in this case. The customs control at the border can be unfriendly as well. The citizenship of tourists plays an important role here. For example, tourists from Western Europe are more likely to encounter no problems, and tourists from the United States will be most likely welcome anyway.
Ramallah (Area A) is the administrative center of Palestinian territories. This is a typical city with a historic center, modern buildings, and residential areas. There are many markets, shopping centers, shops that sell branded clothes (such as Calvin Klein). Ramallah is a buzzing city with a dense population, numerous cars, and multiple street vendors. The city doesn’t look like a shelter of scary monsters with weapons that walk on the streets scaring everyone – some media outside Palestine try to describe the city this way. Copyright www.orangesmile.com
National traditions and mentality of people in Palestine
Palestine is an Arab country in the Middle East that is a de jure sovereign state. It is partially independent and partially officially recognized by …
Read further
Large black barrels that are used to warm water on sunny days peacefully coexist with billboards advertising gadgets by Apple. In Ramallah, you can find Starbucks cafes and a Mercedes car dealer. Local taxis are painted yellow (taxi cars are white in Israel). There are many Europeans in Ramallah. Foreign tourists, who visit Ramallah for the first time, are surprised that the city is actually very modern and everyone is exceptionally friendly with overseas guests. However, the view of a giant wall with the barbed wire on top and security checkpoints with armed soldiers ruin the idyllic picture. 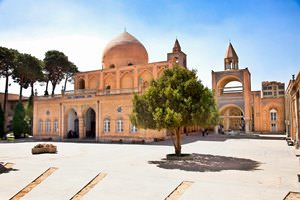 If you try to find loud nightclubs and buzzing discos typical for many foreign tourists, you will be disappointed because there are no venues of this type in Palestine. However, it would be a mistake to say that no one dances here. There are DJs in some hotels but local parties are small because the majority of people come to Palestine for pilgrimage. Tourists shouldn’t forget one more thing – Palestine is a Muslim country, and so women have a special status here. Women should be accompanied by males. A single woman or a group of women are better not to appear on the streets of Palestine at night because they might be considered the women of pleasure.
Palestine cultural sights. What to see?
The State of Palestine is a de jure sovereign state with the unclear status of autonomous territories. It borders with Israel and is famous for its …
Read further
Active recreation is not very popular in Palestine, but people can always find interesting activities to try such as cycling on the sand, sandboarding, hoverboard excursions to the desert, and so on. Qumran Park not far from the Dead Sea is a magnet for all alpinists and people who enjoy exploring canyons and cliffs. This activity is famous as canyoning in most parts of the world, so Palestinians usually use the Israeli slang word snapling to describe it. Canyoning is not a sport even though the routes can be quite difficult, and it is hard to progress without special training. Canyoning is entertainment because its primary goal is not in overcoming difficulties but in admiring local nature. 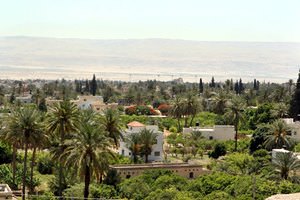 There are routes of two types – paths that cross dry canyons and canyons with water. The latter one is considered easier because water is helpful in softening sharp edges, and sometimes it can turn vertical cliffs into flatter ones. Dry canyons require alpinist gear but there are very simple routes that require only comfortable shoes. Qumran Park is not rich in water, so there are different “dry” paths that are laid among picturesque rocks and cliffs made by wind, sun, and seldom rains.
What you need to know about Palestine prior to visit - advices
1. Make sure you always have a passport with you. Document checks are frequent in Palestine, and if you fail to show an identification document, you …
Read further
When visiting Jericho, don’t forget to see the Mount of Temptation. Jesus Christ was fasting and praying on this mount for forty days soon after baptizing. There is a monastery built into the rock at a height of approximately 150 meters. One monk and several probationers live here. The mountain offers a spectacular view of Jericho and the valley. Tourists can walk to the top and see how the panorama of the surrounding changes or choose a faster way and reach the top in a cable car. The State of Palestine has a rich and ancient history, but it is better not to plan long walks until you become familiar with the country because the local climate and terrain might be quite exhausting for unprepared tourists.

This article about active leaisure, entertainment, recreation and attractions in Palestine is protected by the copyright law. You can re-use the content, but only under the condition of placement of an active link to www.orangesmile.com.
Palestine guide chapters 1 2 3 4 5 6 7 8 9 10