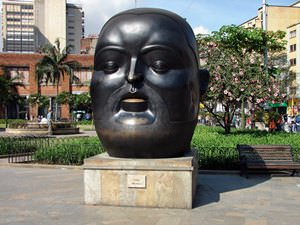 The main event of the cultural life of the city of Medellin is the annual fest named Feria de las Flores or the Festival of the Flowers. This is a great flower parade which is accompanied with ethnic festival. Thousands of city residents take part in the grand flower performance. The festival starts in the late July and lasts commonly up to two weeks. Traditionally the festival is opened with caballero parade or horse parade in which more than seven thousands of equestrians march through the streets of the city grandly. The parade is met by local folks showering the equestrians with flowers. After the festival opening it is high time of street fests and performances. One will find ethnic entertainments literally fitting each taste and fancy.
Extraordinary weekend in Medellin - unusual places, services and attractions for travel gourmet
…

Open
Each day the city and its guests witness the brightest music and theatrical shows, exciting fairs and engaging culinary competitions participating in which is available for all the festival admirers. Florists and floral designers introduce to the festival participants their masterpieces. Flower fairs and exhibitions have turned to a good tradition of the fest.
After the series of events and concerts a day of the fest comes which the city residents call the Desfile de Silleteros. On this day all the local folks put on bright ethnic costumes and outfits, back up with the most beautiful bunches of flowers and march through the main streets of the city. The procession looks just fantastic and bright. Thousands of people of different ages and social status take part in the parade. The travelers being on visit in Medellin during the Flower Festival can take part in the procession as well. To join the procession one should buy a bright ethnic outfit in one of the local souvenir shops and choose an awesome bunch of flowers. Copyright www.orangesmile.com
Shopping in Medellin - main shopping streets, outlets and boutiques
There are several excellent shopping centers in Medellin. El Tesoro Parque Comercial is located on one of the city's busiest streets. It is located in an exotic garden. The building is …

Open
The festival Feria de las Flores first was held several centuries ago. In the course of its long history the holiday has sufficiently altered and modified as well as has lost its initial meaning. The Flower Festival is the brightest and most remarkable but not the single event in its kind in the cultural life of the city. Medellin traditionally holds the International Poetry Festival in the middle of June. The festival performs as renowned writes so amateur authors just starting their way in the literature career. This fest is as well of immense popularity among travelers however it has on its schedule just literary events and performances. 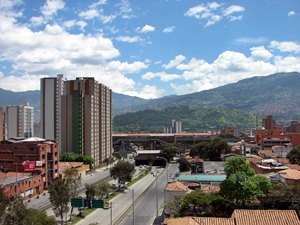 Three dance festivals are held in the capital of the Antioquia Department. The first is called Festival Internacional de Tango. It takes place in mid-June. The festival opens the summer dance season. The outdoor area on Botero Plaza and the indoor stage, which is located in Teatro Metropolitan, are the venues for the festival. More than 350 professional dancers from all over the world take part in it. You can visit it for free to admire the colorful performances of artists.
Guide to Medellin sightseeing - things to see and to visit
Medellin is the second-largest city of Colombia. Long ago this place has become very popular among travelers who are ready to enjoy the beauty of the city at the fullest. The city has …

Open
The biggest dance event in the country takes place next month. It gathers more than 3000 participants. These are both local and visiting dancers. This event is called Colombia Salsa Festival. Dance competitions, master-classes, concerts, and public dances are included in the program of this event. Various cultural institutions become locations for the festival. These are theaters, exhibition centers, art cafes, and congress centers. Another festival dedicated to salsa takes place in early November. It is called the Festival De La Salsa Romántica. The picturesque Jardín Botánico garden becomes the venue for the festival. 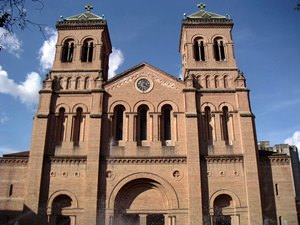 Medellin is considered not only the industrial capital of Colombia but it is also its fashion center. This is confirmed by the holding of a festival called Colombiamoda. It takes place at the end of July. The fest lasts three days. Fashion shows, fairs, exhibitions, conferences, and meet-and-greets are available to visitors during this time. Event tourism enthusiasts visit a music festival called Altavoz in mid-October. The most popular places in the city are the venues for the festival. These are Plaza de Toros La Macarena, Estadio Cinquentenario football stadium, and Aeroparque Juan Pablo II Park. The fest is held open-air. It gathers both local and visiting performers. Genres performed during the festival range from rock, punk, and metal to electronic music, electro-folk, and country.
Family holidays with kids in Medellin. How to entertain your child, things to show to children.
Medelin is an incredible place for active family leisure. There are numerous entertainment centers in the city suited to every fancy. The Parque de Las Aguas is invariably popular among …

Open
Temporada Taurina is held in February. The bullfighting season opens with the fest. It is popular in Colombia as in Spain. Colorful bullfights take place in the most suitable place for this. This is Plaza de Toros La Macarena. Bullfighting is held all year round in Medellin despite criticism from some activists. The season ends with a festival called Furia Taurina de la Candelaria, which is also held in the Plaza de Toros La Macarena.

This guide to traditions and festivals in Medellin is protected by the copyright law. You can re-publish this content with mandatory attribution: direct and active hyperlink to www.orangesmile.com.
Medellin - guide chapters 1 2 3 4 5 6 7 8 9 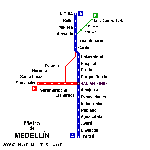 Colors of Medellin in photos

Traditions and festivals in cities around Medellin

Bogota
Diversity of cultures remains the main feature of the residents of Bogota. The city really amazes visitors by its heritage as it is inhabited by various ethnic classes. The native people of Bogota are often called "chechakos". These people have won a reputation of cold and reserved people among their countrymen and tourists. Many can even call the character of these people ... Open »
Cartagena
The vast majority of citizens are Catholics. Churches are crowded on religious holidays. Visits of the temple by a person are one of the main characteristics by which local residents get an idea of its moral appearance. Holidays such as Easter, Christmas, Epiphany, as well as celebrations in honor of various saints are celebrated on a large scale here. The Latin American ... Open »
Oranjestad
A solemn and incredibly beautiful holiday is annually organized in Oranjestad for Netherlands Queen's Birthday on April 30th. This event is also full of colorful street performances and ceremonial parades, while the Torch Parade remains its main part. For Oranjestad residents, such celebrations remain an important component of culture and don't leave anyone indifferent. It is ... Open »
Willemstad
Willemstad is a city in Latin America with European traditions. That is how it can be described in a few words. Just imagine a Dutch city framed by sandy beaches - that’s what Willemstad will be like. This is also reflected in the city's architecture and the habits of locals. Like many Dutch cities, Willemstad is characterized by ethnical diversity (it is home to over 100 ... Open »
Curacao
Curacao is home to more than a hundred of ethnic groups, so culture of the island is very versatile and diverse. Many national traditions remain unchanged for many centuries, the main aspect of life remain strong and trusting relationships between members of different communities. Indigenous people are very careful to nature and environmental issues are paramount to them. They ... Open »
San Jose
The brightest event of the spring in San Jose is the Orchid Festival. Visiting of this exciting flower show will be of great interest for all the tourists without exception. During the holiday days the city sinks in fragrant flowers. Florists make the most stunning and incredible constructions and compositions of these tender flowers. Tourists may join one of the organized ... Open »

Cityguide on traditions, mentality and lifestyle of people in Medellin. Learn the best periods to visit Medellin to discover its soul - authentic festivals, events and celebrations. We will also reveal the interesting habits, attitude towards the world and to tourists in Medellin.