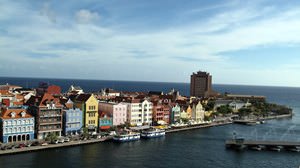 Willemstad is a city in Latin America with European traditions. That is how it can be described in a few words. Just imagine a Dutch city framed by sandy beaches - that’s what Willemstad will be like. This is also reflected in the city's architecture and the habits of locals. Like many Dutch cities, Willemstad is characterized by ethnical diversity (it is home to over 100 nationalities). Therefore, locals are used to finding a compromise on many issues. That, in turn, says about tolerance, friendliness, and goodwill.
Advices to travellers: what you should know while being in Willemstad
1. The best time to go on vacations is between March and June when good weather reigns in the city. The rainy season is from October to February. July and August remain the hottest months …

Open
Since childhood, local people learn to speak four languages, so no misunderstanding should arise. At the same time, the local dialect seems to be a combination of Portuguese, Dutch, Indian, and Spanish. Just in the same way as in the Netherlands, the natural environment is treated with special respect here, and this can be understood by looking at the real "paradise on Earth". Local nature disposes to being relaxed about everything, including a relaxed attitude to life, which is really worth learning from people living here. Besides that, they are very polite and tactful but require the same treatment.
The local cuisine is just as rich and multifaceted as the culture of Willemstad. A diet consists mainly of fish, tropical fruits, vegetables, cheese. Fans of exotic food must try such dishes as iguana meat, "Kadushi" (cactus soup), "Sopi Kami Piska" (soup of meat or fish with banana or cereal), "Sopi di Piska" (fish soup with coconut milk). Well, those who prefer more traditional dishes will like boiled shrimps with greens, “Keshi Yena” (baked mixed meats, cheese with spices), “Krokesh” (fish balls). When it comes to alcoholic beverages, be sure to sample "Blue Curaçao" liqueur and Amstel beer, which is produced not only in the Netherlands but also here. Copyright www.orangesmile.com
Extraordinary weekend in Willemstad - unusual places, services and attractions for travel gourmet
…

Open
Festivals in paradise always attract the attention of tourists, because they are always a lot of fun. Here people know what real fun is, and it is simply impossible to commit a sin and fall into despondence with them. First of all, it is worth noting a carnival held in early or mid-February on the central streets of the city. This is the time of carefree fun, dance, music, and colorful theatrical performances. A true gift to fans of lively and noisy actions will be the fact that more than 40 nationalities are represented at the celebration. Every year a certain theme is chosen for the festival. It is different from the one of the past year, making the carnival even more exciting. 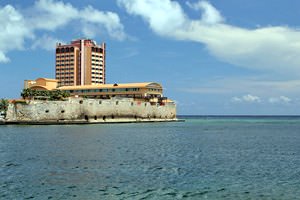 The end of August in Willemstad is marked by holding the North Sea Jazz. To be more precise, its venues are World Trade, Etta James, Sam Cooke, Sir Duke, and Celia. Among its headliners, one can rarely see names that no one has ever heard before, very often among them are real legends. However, you can also discover completely new facets of music and new talented performers. Music includes not only jazz but also related genres such as funk, soul, R'n'B, Latin. Listening to quality music in the paradise - what else might you need to feel happy?
Willemstad design-hotels for stylish travellers
When it comes to design, one of the most attractive hotels in Willemstad is Sunscape Curacao Resort Spa & Casino. Its interior is dominated by bright colors and innovative solutions. The …

Open
Among other interesting music festivals are Tumba Festival taking place in March. The festival is worth a visit, if only because it allows tourists to get acquainted with the local culture and traditions. Live music, a gastronomical program, contests are just a little of what awaits those lucky ones who have decided to visit the event. In August, salsa lovers gather in Willemstad. During the festival called Salsa Tour, you can not only watch spectacular dance performances but also learn how to dance the incendiary dance. 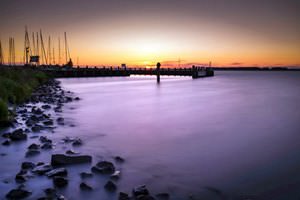 Arriving in Willemstad in early May, you can witness such an event as Curaçao International BlueSeas Festival. Jazz is in high esteem here, both classical and modern, and among performers, there are many world-famous musicians. The festival is held in Pietermaai District. Plein Air Curacao taking place in Willemstad at the end of August gathers hundreds of artists on Hanchi Snoa. At this time there is an art exhibition. Not only local but also foreign artists present their works here.
Top places to stay in Willemstad - most luxurious hotels
Willemstad has a fair share of chic resort hotels. The Royal Sea Aquarium Resort offers its guests exquisite luxury rooms and outfitted private beach. The hotel is located in a picturesque …

Open
In June, large Willemstad restaurants join Restaurant Week Curacao to delight visitors with a special menu for the whole week. The event is a must-have for those who wish to explore the local cuisine. In September, the city warmly welcomes all tourists, offering them a special program at the Tourism Week Festival. All those deciding to visit the city at this time can enjoy special events that change from year to year, as organizers try to surprise travelers as much as they can. 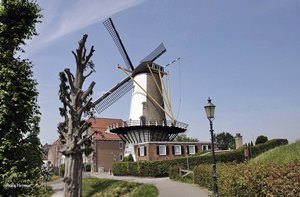 Such an interesting sporting event as Heineken Regatta Curacao is held in the middle of June. During the festival, participants compete for the title of the best sailor and, of course, for a cash prize. You can cheer on your favorites on land where beach parties and picnics are organized in the celebration of the festival. Another festival dedicated to sports is Amstel Curacao Race where cyclists overcome long distances. It can be compared without exaggeration with such a significant event as Tour de France. The time is November.
Old hotels keeping the history of Willemstad
The historic district of Willemstad houses a unique hotel called Sonesta Kura Hulanda Village & Spa. It occupies eight fully restored ancient buildings and forms a single complex with the …

Open
There are also other interesting sports events. For example, Curacao Dive Festival held in May, which is dedicated to diving, as the name implies. Seminars, master classes, group diving tours are part of it. Curacao Challenge Surf Competition is held in the same month. Here, besides watching a spectacular surfing show, there is an opportunity to play beach sports and, of course, cheer on those who need support at this time. Another event dedicated to surfing takes place in February and is called the International Kite Festival. The event is really worthwhile, and will definitely appeal to those who like interesting shows.

This guide to traditions and festivals in Willemstad is protected by the copyright law. You can re-publish this content with mandatory attribution: direct and active hyperlink to www.orangesmile.com.
Willemstad - guide chapters 1 2 3 4 5 6 7 8 9 10 11 12 13

City tours, excursions and tickets in Willemstad and surroundings

Cathedrals and basilicas near Willemstad
♥   Kathedrale Reina di Santisimo Rosario, Willemstad, 0.9 km from the center. On the map

♥   Basilika Santa Ana, Willemstad, 2.4 km from the center. On the map

Initially, it may seem that, unlike the inhabitants of other countries in this region, people on the Antilles are somewhat more phlegmatic or withdrawn. This is nothing more than a stereotype. Having once communicated with local people, you will understand that locals are extremely good-natured. They appreciate their culture and are very nice to their guests. You can always get a local guide who can show places that are not listed in any guidebook. You can communicate on any topic without any problems. No one will interfere in the private life because it is absolutely not accepted here. … Open

Colors of Willemstad in photos

Traditions and festivals in cities around Willemstad

Curacao
Strolling through local markets and souvenir shops, visitors can see a lot of interesting crafts, colorful fabrics and souvenirs. At first glance, they may resemble children's crafts, and there is a grain of truth in this association. The inherent ‘childishness’ of the local craft is due to the fact that original manufacturers were younger family members. While the parents ... Open »
Bonaire
You can witness lush festive parades in honor of the Queen’s birthday. On this day, the island is possessed by the real dance extravaganza. Bonaire welcomes dance and music bands from the entire archipelago. The colorful performances are held right in the city streets. Bonaire is one of the most favorite Caribbean islands of fans of water sports. It attracts many ... Open »
Oranjestad
Another interesting tradition of Oranjestad is the Bon Bini Festival dedicated to local folklore. The festival invariably invites local dance groups to perform open-air right in the streets. Dance shows alternate with musical performances, accompanied by fairs and gastronomic programs. Festival guests will have the opportunity to buy unique souvenirs and handicrafts by local ... Open »
Isla Margarita
The church plays an important role in society. The priest is an authority for Venezuelans. Local people respect his opinion and ask him for advice in difficult situations. The church is the cultural and social center of the district or village. The population is mostly of mixed origin. They are descendants of Spaniards, Portuguese, Indians, and Africans. Mixed marriages are ... Open »
Santo Domingo
Guests of the festival also have a chance to visit various street performances featuring various themes. Commonly street artists perform comic sketches touching upon political and everyday life. Within the festival different interesting performances and engaging concerts for children are held. A good tradition of the festival is bright and exciting performances of numerous folk ... Open »
Bavaro
Creators of the event had one thing in mind – they wanted to prove that Bavaro and the Dominican Republic in general are more than just beaches and drinks. The festival also attracts best Dominican sculptors and painters. Of course, visitors will find fabulous beach parties, music till the dawn, interesting performances, concerts, and much more. Music fans will also find it ... Open »

Cityguide on traditions, mentality and lifestyle of people in Willemstad. Learn the best periods to visit Willemstad to discover its soul - authentic festivals, events and celebrations. We will also reveal the interesting habits, attitude towards the world and to tourists in Willemstad.