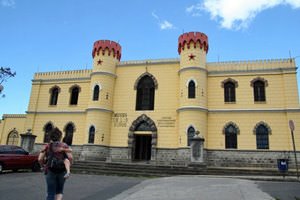 San Jose will meet and surprise its foreign guests not only with hearty and welcoming atmosphere and a great choice of entertainments but with plenty of exciting ethnic holidays and country celebrations. In the second part of December the city celebrates the Fiesta Del Fin del Ano being a bright folk festival with plenty of entertaining events which lasts almost till the middle of January. The festival features exciting music shows and theatrical performances, bright marches and masquerades, exciting children’s holidays. Local cafes offering various festive treats deserve special attention of tourists. The Fiesta Del Fin del Ano festival is considered to the brightest and the most exciting country holiday.
Your active city break in San Jose. Attractions, recreation and entertainment - best places to spend your day and night here
The city of San Jose will be of great interest for active leisure fans and hiking enthusiasts as it features plenty of inimitable nature attractions and sites. A visit to the National Park …

Open
The festival is timed to coincide with Christmas celebration. Traditionally the festival is opened with the Holiday of Light. A festive parade runs through central streets of the city. Every participant of the march demonstrates a unique festive costume. The main distinctive feature of festive dresses performed in the parade is modern illuminating systems application. One will meet giant insects, fabled beings and great bright carriages which are given a unique inimitable look with a well planned lighting system.
The brightest event of the spring in San Jose is the Orchid Festival. Visiting of this exciting flower show will be of great interest for all the tourists without exception. During the holiday days the city sinks in fragrant flowers. Florists make the most stunning and incredible constructions and compositions of these tender flowers. Tourists may join one of the organized excursions through local parks during which they will learn many interesting facts about these splendid plants. Copyright www.orangesmile.com
Advices to travellers: what you should know while being in San Jose
1. One of the fastest ways to get from an airport to the center of city is by bus. In this case the trip will take not more than 15 minutes and will cost less than a dollar. The same trip by …

Open
Tourists planning to visit the city of San Jose in May will have a chance to take part in the Dance Festival. A major part of the events of the festival is held in the open air. The festival engages as professional dancers so dancing amateurs. San Jose is as well an established place for holding of some global scale sport events. Local tennis courts are turned to the battle fields for world renowned tennis players. In November the city attracts surfing addicts to watch the competitions of great surfing masters held in the suburbs of the city and to hone the surfing skills on local beaches of the resort. 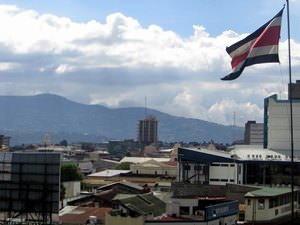 Visiting San Jose at the end of December, when the rest of the world celebrates the New Year, is a great opportunity to get to know the local culture as well as possible. You can do this by attending the event Fiestas de los Diablitos, which usually takes place in the surrounding village named Ray Kurre. The festival proposes that all its participants be divided into two teams. The first team puts on the masks and costumes of the Boruka Indians (“Diabolitas” or demons). The second one represents the Spaniards (“toro” or bulls). Then the recreation of the battle follows. It displays the events that took place during the conquest of Costa Rica by the Spaniards. It is believed that the bright and bizarre costumes worn by the participants are necessary to call on the spirits of the ancestors, which can help them to show this battle of the past more realistically. A special feature of this event is that every one of its visitors becomes a participant.
Guide to San Jose sightseeing - things to see and to visit
San Jose is the capital of Costa Rica. The city, which was founded in 1737, is famous for its pleasant mild climate. The style of decoration of the local houses is a combination of a variety …

Open
There are several opinions about the origin of the celebration. Some researchers conclude that it came into being after the colonization of the country. The others believe that the appearance of the Spaniards only added a few elements to it (bull masks, for example), whereas the tradition of the event is much more ancient. Anyway, the festival is one of the most significant in the whole country, and it testifies about the rich cultural heritage of Costa Rica. This holiday can hardly be imagined without the tasting of local dishes, in particular, “chichi” which is a drink made from corn and pineapple. The event is also associated with traditional Indian dances and games, as well as colorful fireworks, which complete the celebration. 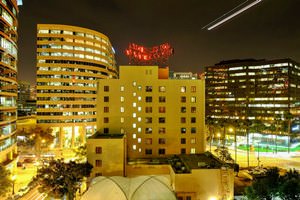 No less interesting is the festival that is called Fiestas de Palmares. It takes place on the central streets of Palmares, which is located near the capital of the country. At the time of the event, the city turns into “Rio de Janeiro of Costa Rica”. The celebration is accompanied by costume processions, horse parades, dances, rodeos, amusement rides, musical concerts, and theatrical shows. This is perhaps one of the most colorful and fun feasts in the entire country. It demonstrates to the guests of Costa Rica the hospitable and groovy character of the locals. Beer tasting is considered to be a special tradition of the celebration. Alcohol is flowing like from the “cornucopia”. It is consumed in huge amounts during the two weeks of the holiday.
Cuisine of San Jose for gourmet with top restaurants and cafe
Tourists wishing to fully embrace the ultimate tastes and flavors of ethnic cuisine of San Jose should necessarily pay a visit to the Mercado being a central market place of the city. The …

Open
Another tradition is the “transformed” corrida called Toros a la Tica, which is more comical and less extreme comparing to the Spanish version. It confirms the merry disposition of the Islanders one more time. The holiday ends up with bright fireworks. It is so popular among locals and tourists that about a million people visit it every year. Speaking about religious holidays, a special place is occupied by Easter (also known as Semana Santa), which usually falls in the middle of April. The actors from the Teatro Nacional troupe take part in the annual procession through the streets of the capital of Costa Rica, which is precisely one of the reasons why the parade is considered as one of the most impressive.

This guide to traditions and festivals in San Jose is protected by the copyright law. You can re-publish this content with mandatory attribution: direct and active hyperlink to www.orangesmile.com.
San Jose - guide chapters 1 2 3 4 5 6

City tours, excursions and tickets in San Jose and surroundings

Cathedrals and basilicas near San Jose
♥   Catedral Metropolitana San José, San Jose, 0.5 km from the center. On the map

♥   Basílica de la Inmaculada Concepción, Tejar, 18.7 km from the center. On the map

Colors of San Jose in photos

Traditions and festivals in cities around San Jose

Placentia Village
The coastal country of Belize amazes visitors with its mesmerizing Caribbean shorelines, rich heritage, and, of course, various celebrations and events that tourists will find incredibly interesting to attend. In addition to internationally famous holidays like Christmas and New Year’s Eve, Placentia, as well as the rest of Belize, has interesting national holidays. Fiesta ... Open »
Guatemala City
The main values in the life of local people are the family and relatives. All other spheres of life are given much less attention, emotions, and efforts. The family is treated as a single whole. It's hard to imagine that one family member goes to a celebration or an important event - the whole family is always invited to the feast. Foreign tourists are treated very cautiously ... Open »
Cartagena
The vast majority of citizens are Catholics. Churches are crowded on religious holidays. Visits of the temple by a person are one of the main characteristics by which local residents get an idea of its moral appearance. Holidays such as Easter, Christmas, Epiphany, as well as celebrations in honor of various saints are celebrated on a large scale here. The Latin American ... Open »
Medellin
The festival Feria de las Flores first was held several centuries ago. In the course of its long history the holiday has sufficiently altered and modified as well as has lost its initial meaning. The Flower Festival is the brightest and most remarkable but not the single event in its kind in the cultural life of the city. Medellin traditionally holds the International Poetry ... Open »
Georgetown
During a stroll in a wood, tourists may also notice how locals worship certain plants. That is a way to connect with spirits of nature. Needless to say, local people treat these cult places with big honor and responsibility. They always visit these sacral areas in special clothes. Tourists are also recommended to put on something more formal and leave favorite denim pants and ... Open »
Montego Bay
The Rastafari also don’t welcome meat consumption. Most of them are vegetarians. Modern travelers consider the Rastafari culture not as a religion but as a special subculture with an unusual outlook on reality. The most popular gifts are colorful knitted caps, various accessories, clothes with hemp painted on them, and CDs. The Rastafari have a peculiar attitude to ... Open »

Cityguide on traditions, mentality and lifestyle of people in San Jose. Learn the best periods to visit San Jose to discover its soul - authentic festivals, events and celebrations. We will also reveal the interesting habits, attitude towards the world and to tourists in San Jose.