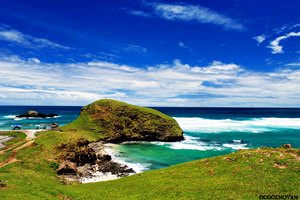 One of the most meaningful architecture monuments of the past centuries is Majura Water Palace. This majestic building is located right in the center of Cakranagera district, so you will easily find it. During the reign of Balinese in Lombok, all the important decisions were made here, and this was the place, where the governors of the island lived. The Palace was built in the middle of the 18th century. The garden around the Palace is surrounded by a low nice fence with different animalistic pictures. In the middle of a big pool near the Palace, there is a pavilion, called Bale Kambang, which can be translated as “a small island”. During the time, when the Palace was an administrative center of Lombok, there was a conference hall and a court inside.
Top hotels in Lombok Island for business trip or short vacation
About 300 hotels and inns of various categories are found on Lombok, and there are quite unusual places among them. One of the most attractive resorts is Pool Club. It’s located in …

Open
Near the pool you can see a statue of a peacock, and the name of the palace itself means “a peacock” in Sanskrit. The legends say, there was a time, when there were a lot of snakes in the palace, including poisonous ones, which caused a lot of trouble to the residents. Then the king asked his friend, a ruler of Pakistan, for an advice. And he suggested fighting the reptiles with the help of the peacocks, which became a very successful decision. The Palace is a real symbol of the Balinese victory over the Dutch colonizers. Right in front of the Palace occurred a significant battle, which ended with the defeat of the Europeans.
There is a Hindu temple near the Palace, which was built at the beginning of the 18th century. This is an active sanctuary, which means you can only enter if wearing a sarong. However, it is easy to buy or rent one. The guardians of the park of the Majun Palace say, its spirit lives in that temple. Do you want to feel a little bit of the royal luxury? Then visit the Namadas water park, which is located 10 kilometers from Mataram. This is actually not an amusement park, as you may think. Namadas is a 19th-century royal residence, where the members of the ruling family came for holidays. On the territory of the park, there is a “fountain of youth”. According to the legend, it will give health, longevity, and a faithful spouse to anyone, who will drink the water from the fountain. Copyright www.orangesmile.com
Shopping in Lombok Island - main shopping streets, outlets and boutiques
Lombok is not the most popular place among the tourists. If you want to buy stuff from the world leading brands, choose more popular resorts. There are shopping malls on the island, for …

Open
You should definitely visit the Temple of the Two Holy Shrines. This is a unique place, where the representatives of Islam, Christianity, Hinduism, and Buddhism get together in one place to pray for the fertility and prosperity of the native land. There is also a lake not far from the temple. The locals believe that the sacred eels live there. If you want to feed them, you may even buy special eggs in a small kiosk nearby. The temple itself was constructed at the beginning of the 18th century and is well-preserved. In the middle of December, it hosts Perang Topat, an unusual harvest festival, which ends with a rice “battle”. And if you visit a Hindu temple Pura Batu Bolong during the fool moon, you may become a witness to a colorful ritual ceremony. 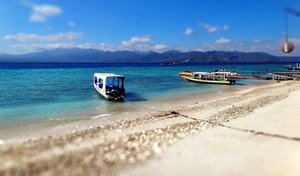 Another important landmark of the island is the villages of aboriginals, who live according to the precepts of their ancestors. The Sasak people make pottery, weave, farm, and spend their free time the way their forefathers did centuries ago. Visiting their territory, any traveler will dive into the past of not only Lombok, but of all mankind. Because this is the way all our ancestors lived. You can visit Gili Meno Bird Park, located on the Gili Islands. It is a small park, which became a home to hundreds of exotic birds. There is no rush here, and in the silence of the pure nature you may enjoy the view of the most beautiful birds on the planet.

In the section below, you can get one of our excursion, activities or city discovery tours over Lombok Island and surroundings. Our website offers 10-30% lower ticket prices, when compared to the offline purchase on the spot.

City tours, excursions and tickets in Lombok Island and surroundings

This guide to cultural sights Lombok Island is protected by the copyright law. You can re-publish this content with mandatory attribution: direct and active hyperlink to www.orangesmile.com.
Lombok Island - guide chapters 1 2 3 4 5 6 7 8 9
Reference information
Map of all palaces

Public palaces near Lombok Island
♥   Palace 'Puri Agung Karangasem' , 77.3 km from the center. On the map

Bat Cave in Bali is an unusual tour. It includes a visit to the XI century Goa Lawah Temple (translated as "bat cave") and a visit to the cave. Many stories and legends are associated with this cave of natural origin. It has never been explored since the expedition disappeared. Thousands of bats have chosen it as their home. The entrance to the cave is forbidden. You can only look into it. It is better to go to this place at sunset to see how the bats leave the cave. … Open

Excursions over cultural sights of neighbours of Lombok Island

Denpasar
The most important religious landmark and unique architectural monument is Pura Maospahit, a Hindu temple whose construction was completed in the middle of the 14th century. The style in which the temple was built is strikingly different from traditions that were typical for the early Middle Ages. On its walls one cannot see traditional carvings and paintings, however, the ... Open »
Bali
Kintamani volcano is known as the brightest natural attraction of the island. The volcano has gained worldwide popularity because of its unusual double crater. If you climb to the crater of Kintamani, you will see the volcanic Lake Batur that is distinguished by its truly marvelous beauty. Quite a notable fact - the depth of the lake remains unchanged throughout a year. Climb ... Open »
Surabaya
Age of many city attractions is relatively small, but they have quickly gained international fame. The largest spiral bridge in the country, Suramadu National Bridge, is situated in Surabaya. The amazingly beautiful spiral bridge connects the city with the island of Madura. It looks particularly impressive at night. The Monkasel museum is an interesting cultural venue housed ... Open »
Java
One of the most famous and interesting religious sites located in the immediate vicinity of Jakarta is the beautiful temple of Borobudur. It is known to modern travelers as Temple of a Thousand Buddhas. It is one of the most amazing sacred places of the island featuring an abundance of unique artifacts and exquisite design. The largest temple complex on the island is ... Open »
Bandung
Fans of eco-tourism will be surely interested in visiting Dago Pacar Park, in which territory you will find several beautiful waterfalls and deep caves, and many other notable objects that are worth of attention of every tourist. It should be definitely noted that during the Second World War the caves of the park Dago Pacar were used as shelters, so this attraction is very ... Open »
Sulawesi Island
But let’s finally get away from cemeteries and all about them. On Sulawesi, you can visit Fort Rotterdam. A Holland foothold to control the island was constructed in the 17th century. It has never been taken over since then, and thus, is perfectly preserved until today. Here you can also visit La Galigo Museum, where they have hundreds of different pieces, from old maps to ... Open »

Culture guide to Lombok Island. Which fascinating sights to visit once you are in Lombok Island: temples, churches, museums, theaters and castles. Recommendations (with addresses, phone numbers and links) on the places 'must visit' in Lombok Island. Plan your own city excursion by using this page info!