Sightseeing in Kumasi - what to see. Complete travel guide 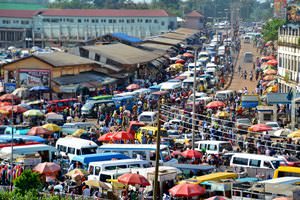 The wondrous country of Ghana in West Africa has many beautiful places worth visiting, and Kumasi is definitely one of them. This settlement is the capital of the Ashanti Region. The city is an important center of tourism, and this fact has a good impact on the infrastructure of Kumasi. Many historical landmarks and architectural points of interest are in good condition. Foreign tourists enjoy visiting this city in West Africa, get themselves familiar with its past, and visit the most notable attractions in Kumasi.
During archaeological excavations in the region, scientists discovered that the first settlers in this area appeared yet during the Neolithic age. At that time, people tried to settle near a source of water, and this is the reason why the first settlement was located close to Lake Bosumtwi. We have almost no information about the early history of Kumasi. The first official mentions of Kumasi as a town date back to the 90s of the 17th century. The city became the capital of the Ashanti Confederacy at that time. The settlement got this honorable status because of the activities of its ruler, Osei Tutu.
Ashanti was developing and growing in size. This region was enjoying the life of an independent country, and Kumasi was its center. In 1874, the Third Anglo-Ashanti War started in the region. Many battles happened within the city territory. Due to military actions, a part of Kumasi including the royal residence was completely destroyed by the British troops. The king was expelled from his land. He managed to return to his homeland only fifty years later. Kumasi regained its status of the capital of Ashanti. Copyright www.orangesmile.com
When visiting Kumasi for the first time, many tourists start their acquaintance with the city from one of the major landmarks – the Manhiya Palace Museum. The opening of this venue took place in the 20s of the previous century. The palace is situated in the northern part of Kumasi. Considered the largest historical attraction, this palace is in pristine condition. For a long time, this was the residence of the royal family of Ashanti. Currently, the palace is open to visitors. 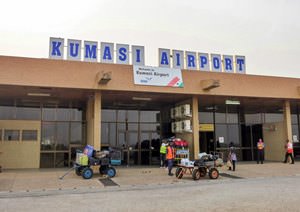 Having explored this landmark of Kumasi, you will see how the royal palace looked like inside. Nowadays, there is the city court in the inner yard of the Manhiya Palace. As all sittings of the court are public, everyone is welcome to visit them. The museum exhibits household items that the royal family used in the past and paintings that describe the everyday life of the palace and let us see how the rulers of Kumasi looked like. Besides these items, there is a large photo gallery that illustrates the life of kings in the past and present.
Would you like to find out more about the history of the city? In this case, don’t forget to visit the Cultural National Center that is open in the heart of Kumasi. It was founded at the beginning of the 50s of the 20th century. The historical museum open in the center has an interesting exhibition about the first settlers in this region. A large collection of swords and armor that once belonged to Ashanti warriors tells many interesting stories about the numerous victories of local people in the effort to establish the confederacy. The true pride and the main treasure of the museum is the Ashanti rulers’ throne made from gold. 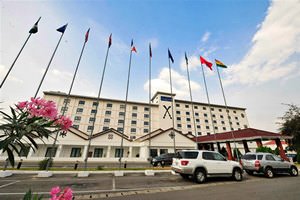 The Akwasidae Festival is recognized as the most grandiose event in Kumasi. It is celebrated on Sunday, once every six weeks and takes place in the royal palace. This is not just a public holiday. Akwasidae is an official event that brings together leaders of local tribes and rulers from different African countries. The leaders try not to miss Akwasidae because this event marks the start of a new period in the local calendar. People try to have a good start, hoping that the whole period will be good as well.
No need to say that no Akwasidae is possible without the king of Ashanti who visits the event to announce the end of one period and the start of the new period. Lucky tourists, who witness this event, will see how the king appears sitting on the gold throne, and his servants hold the throne. The king is not the only irreplaceable person on this holiday. The president of Ghana also doesn’t miss Akwasidae. The president traditionally greets the people and wishes them a prosperous new season. Once the official part of the holiday is over, the celebration continues with various music shows and performances. 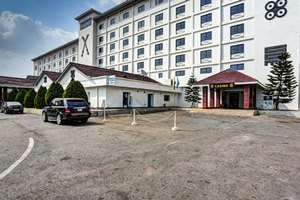 Kumasi has an airport that serves only domestic flights. The most popular way to reach this charming city in West Africa is to fly from the country’s capital, Accra. The flight lasts only fifty minutes. There is a longer way to get to Kumasi – by bus. The journey time is roughly four and a half hours. If you decide to travel in a car, the ride will be one hour faster. Tourists can always rent a car or find a taxi to Kumasi.
This guide to iconic landmarks and sights of Kumasi is protected by the copyright law. You can re-publish this content with mandatory attribution: direct and active hyperlink to www.orangesmile.com.

City tours, excursions and tickets in Kumasi and surroundings

Sights around Kumasi from our guide 'Extreme places on Earth' 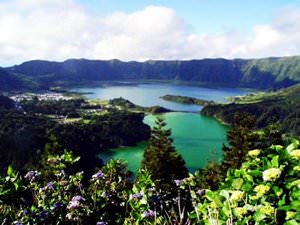 Distance from Kumasi center - 29.2 km.
According to their version, the meteorite that was not less than 500 meters large. It was approaching the Earth from the east at a speed of about 20 kmps. Despite the fact that the crater was discovered many years ago, the research is seriously hampered. The structure is located in an incredibly difficult terrain surrounded by dense forests. In addition, Ashanti people that are living near the lake have the extremely negative attitude to attempts to study the lake. They consider it sacred and forbidden to sail there by boat. However, scientists were able to determine that huge deposits of nickel are hidden at the bottom of the lake, but for the abovementioned reason, it’s impossible to start mining now. … Read further

Sightseeing in Ghana: things to see

In Accra, there is a large international airport that has a regular connection with different cities of Africa and Europe. Airplanes by Air France from Paris, as well as airplanes by British Airways from London land here. The airport accepts flights from Abidjan at least three times a day. Côte d'Ivoire also has bus connection with Ghana. Finally, it is possible to reach the capital of Ghana by car from Togo using a beautiful coastal highway. … Open

Search touristic sites on the map of Kumasi

Sightseeing in regions nearby Kumasi

Accra
In order to visit this marvelous African city of Accra, take a taxi from the nearby international airport. It takes one hour to reach Accra from the airport is the traffic is heavy. If there are not many cars, you will reach your hotel within half an hour. Do you like driving? In this case, you will be pleased to find a car rental with many different car brands at the ... Open »
Lome
There is a big monument dedicated to the country’s independence on the main square of Lome. The monument looks original and creative – a big stone slab with a giant’s figure inside. This titan shows how he removes iron chains with his strong arms. The monument symbolizes the end of the colonial regime in the country. A woman with a torch in front of the giant symbolizes ... Open »
Lagos Nigeria
When you feel tired of exploring attractions in Lagos, it is time to go to Eleko Beach. This is a fantastic place with its own charming beauty. The coastal area is two kilometers long and is covered with soft white sand. The water is crystal clear and has a beautiful turquoise color. It is incredibly pleasant to spend leisure time in Eleko Beach together with friends and ... Open »
Ouagadougou
There are several districts in Burkina Faso. Each of them has its own appeal. For example, there is a huge mosque in Bobo Dioulasso district. Nearby is located the district specializing in hand crafts – Kibidvi. Banfora district is the smallest one as it consists of just two streets. However, it is still known as an important tourist point of destination, because from ... Open »
Abuja
Tourists can reach Abuja by airplane – the city has an airport. Moreover, a network of highways connects Abuja to other cities of Nigeria. So, it is not hard to reach the destination point by both car and bus. Tourists can easily get to hotels or directly to the landmarks they are interested in from the airport if they get a taxi or use public transport that regularly takes ... Open »
Dakar
The foundation of the city in this area is not random as this is a strategically advantageous point on a halfway between South Africa and Europe, South America and Europe. The first industry that started developing in Dakar was ship building. It helped to activate the growth of other industries. Among them are food industry (bakery, brewery, peanut oil and sugar processing), ... Open »

All about Kumasi, Ghana - sightseeings, attractions, touristic spots, architecture, history, culture and cuisine. Prepare your trip together with OrangeSmile.com - find out the 'must see' things in Kumasi, which places to visit, which excursions to take, where the breathtaking views are waiting for you. Planning your trip with this travel guide will help your to get the most out of Kumasi in few days.