Sightseeing in Dakar - what to see. Complete travel guide 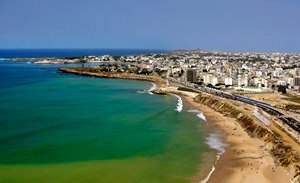 Dakar is a city located on Cape Verde in the west of Africa. This is a large port and the most famous scholarship and industrial center of the country. Without a doubt, Dakar is an important financial, trading and transport center of West Africa, which significance is hard to overestimate. The city was founded in 1857 as a French marine port. Starting from 1904 and up to 1960 the city was the main administrative center of West Africa that belonged to France at that time.
Advices to travellers: what you should know while being in Dakar
1. Museums open their doors at 8:00 am and work until 5:00-6:00 pm. Government offices and shops open a bit earlier, at 7:30 am, and serve visitors until 3:00 pm. Travelers should take into …

Open
The foundation of the city in this area is not random as this is a strategically advantageous point on a halfway between South Africa and Europe, South America and Europe. The first industry that started developing in Dakar was ship building. It helped to activate the growth of other industries. Among them are food industry (bakery, brewery, peanut oil and sugar processing), soap boiling, textile and automobile factories. Dakar is the largest railway and automobile crossing of Senegal. There is also an international airport in the city.
Western part of Dakar is a business district of the city that is also home to multiple shops and outlets of local craftsmen. Coastal line is traditionally the most luxurious one and so there are many expensive villas, comfortable hotels and Fann quarter with embassies. Probably, the most famous point about Dakar is the international rally “Paris-Dakar” that finishes in the capital of Senegal. Copyright www.orangesmile.com
Dakar design-hotels for stylish travellers
The comfortable Sargal Hotel is ready to offer its guests very elegant and aristocratic rooms. The rooms are dominated by coffee, cream, and orange shades, and equipped with simple wooden …

Open
One of the largest and impressive sculptures in the world which is called the African Renaissance Monument is located in the city. The Opening of this monument took place in 2010, timed to the day of the 50th anniversary of the independence of Senegal. On the monument, a couple with a child is depicted, their eyes fixed on the future and full of hope. This huge monument is made of concrete and covered with bronze. It looks very impressive. 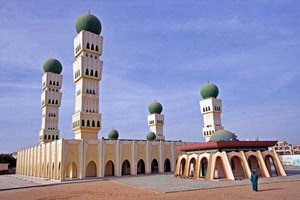 To see one of the main historical sights of Dakar, it is worth going to Cape Verde. Here the historical Les Mamelles Lighthouse which was built in 1864, is located and is acting till present. It is the oldest beacon in the city, which is maintained by the efforts of locals. Its height is 16 meters. In close proximity to the beacon, several excellent observation decks from which the magnificent view on the peninsula opens are equipped.
Top places to stay in Dakar - most luxurious hotels
Dakar’s largest and most prestigious hotel is the King Fahd Palace Hotel. It has over 370 rooms of different levels for visitors to choose from. For affluent guests, several exquisite …

Open
In the closest neighborhood of the city, there is a world-famous natural sight – the lake Retba. The main features of the lake are the colonies of cyanobacteria living in it which paint the water in various shades, from gentle-pink, to deep violet. The best time for visiting the lake is the droughty period; at this time water the lake gains saturated scarlet color. In close proximity to the lake, is the popular souvenir market in which it is possible to get interesting hand-made articles made by locals. Here beautiful figurines from tree and stone, wickerwork and mass of other interesting accessories in national style are sold. 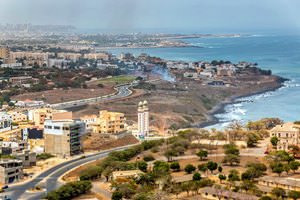 Those who most of all like to walk in historical places should go to the picturesque region of Saint-Louis. Once, the territory of this area was an independent city. In the 18th century more than 10 000 people lived here. Now in the territory of the region, there is a set of fine monuments of colonial times, including luxurious mansions, in which the wealthiest citizens once lived. All the territory of the historical region is a World heritage site. At the same time, the area offers tourists all prospects for an unforgettable holiday. In historical buildings today are located luxurious hotels, restaurants, casino and also other entertaining facilities.

This guide to iconic landmarks and sights of Dakar is protected by the copyright law. You can re-publish this content with mandatory attribution: direct and active hyperlink to www.orangesmile.com.
Dakar - guide chapters 1 2 3 4 5 6 7 8 9 10 11

City tours, excursions and tickets in Dakar and surroundings

National and city parks around Dakar
♥   National Park 'Magdalen Islands' , 18.3 km from the center. On the map

Art galleries in Dakar and around
♥   Art museum 'IFAN Museum of African Arts' Dakar, 14.8 km from the center. On the map

Sights around Dakar from our guide 'Extreme places on Earth' 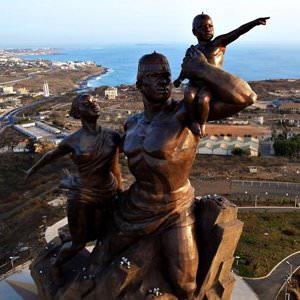 Distance from Dakar center - 17.7 km.
After the opening, managers of the project led by the Government of Senegal continued to improve the infrastructure around the statue. Today, the monument has a fine stone staircase. The structure is surrounded by well-kept garden sculptures. There is also a pleasant night lighting system around, so it will be amazing to visit the attraction in the evening. … Read further 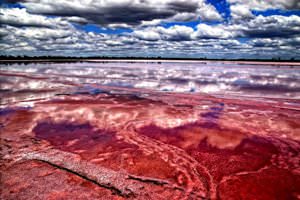 Distance from Dakar center - 14.5 km.
The race fans know the distinctive natural attraction as well. Retba is the end point of the Paris-Dakar race. There is a small village in the immediate vicinity of the lake, the 'Wolof' tribe lives on its deserts. Literally all the mainstream residents are concerned with salt production. At a reasonable price they take the tourists to their work and show them all the subtleties of this job. It is not recommended to unprepared people to touch the salty water of the lake because it is so salty that it can cause serious burns on the skin. Locals have found an excellent way to protect themselves. Before working, they rub with the special oil of the butter tree. … Read further

Sightseeing in Senegal: things to see

Senegal has simply everything needed for interesting and comfortable vacation - numerous beaches, beautiful nature reserves and parks, a mysterious desert and many sights. We should start description of the country from its capital, the city of Dakar. The most important architectural landmarks of the city are the building of the City Hall, the President Palace and the beautiful Independence Square. The building of these objects took place in the beginning of the 20th century. The area near the square remains the most famous destination for walks among both locals and travelers. There are several interesting museums in Dakar, a visit to which should be included in the excursion plan of every traveler. The Art Museum, the Museum of History, the Marine Museum and the IFAN Museum of African Arts exhibit wonderful collections of rare items, including artworks, historic artifacts and collections of modern paintings. … Open

Search touristic sites on the map of Dakar

Sightseeing in regions nearby Dakar

El Hierro Island
Hikers should definitely go to the Cape Orchilla which is a layer of lava. This is where the old lighthouse, the most westerly lighthouse in Spain, is situated. More recently, Cape Orchilla has been literally believed to be the end of the world, there was held the prime meridian. The town of El Pinar is ideal to learn about the culture and traditions of the indigenous ... Open »
Maspalomas
Maspalomas is a town in the middle of the popular tourist area that has the same name. Located in the southern part of picturesque Gran Canaria Island, the Maspalomas region is the liveliest resort area of the Canary Islands. Without a doubt, fans of beach rest and serene relaxation are the most frequent category of tourists who arrive in Maspalomas. Beaches of fantastic beauty ... Open »
Gran Canaria
Gran Canaria is the most popular of all islands of the Caribbean Archipelago and is located in its southern part. Prior to conquering by Spanish colonizers, this place was occupied by Guanches tribe. The island slowly turned into a colony and later became one of the most distant and wonderful provinces of Spain. The nature of the Canaria Island features widest selection of ... Open »
Playa de las Americas
This is one of the most popular resorts in Tenerife, which has earned respect of millions of tourists due to its well-developed infrastructure and comfortable climatic conditions. The resort area is conditionally divided into three parts, and each of the areas offers its own leisure style. The western part is considered the most fashionable one, and so here you will find best ... Open »
La Gomera
Among other sights of La Gomera are Columbus House, Mirador de Roce Blanco Observation Area, San Marcos Church, San Salvador Church, Ermita de San Sebastián, Encarnacion Curch and Ethnographic Museum. Active rest lovers will also find much interesting here as they can try fishing, scuba diving, make a mountain walk on a bicycle and more. Beach rest fans will find wide ... Open »
Adeje
Adeje beaches also offer wide selection of entertainment activities: you can ride a scooter or attend a surfing school. If you like extreme sports, you can try even parachute jumping! This resort traditionally attracts divers, who value the beauty of the underwater life near Adeje. The city has several beaches, but Playa Torviscas remains the most beautiful and popular. Its ... Open »

All about Dakar, Senegal - sightseeings, attractions, touristic spots, architecture, history, culture and cuisine. Prepare your trip together with OrangeSmile.com - find out the 'must see' things in Dakar, which places to visit, which excursions to take, where the breathtaking views are waiting for you. Planning your trip with this travel guide will help your to get the most out of Dakar in few days.