Sightseeing in Lagos Nigeria - what to see. Complete travel guide 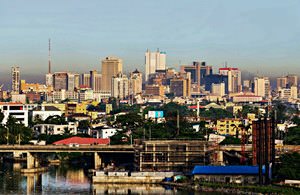 When visiting Nigeria, numerous tourists and travelers prefer to make a stop in Lagos. This is a large city in the Lagos Lagoon, the Gulf of Guinea. Nowadays, Lagos is a major tourist destination on the African coast of the Atlantic Ocean. This settlement has one more informal name – the country’s “sea gate” because of its location. It is virtually impossible to get bored in Lagos because this city is incredibly rich in interesting attractions and recreation areas.
Originally, the Yoruba people inhabited the territory of modern Lagos. They called their village Eko which meant “farm” in their language. Some sources say that Eko could also mean “camp”. In 1472, Portuguese naval explorer Rui de Sequeira reached this land. When he saw the beautiful area, “lakes” or Lagos was the first word that came to his mind. This is how the region got its name. Starting from 1704, Lagos turned into a center of the slave trade.
Everything changed only at the beginning of the 40s of the next century when Oba Akitoye became the ruler in the city. He immediately banned buying and selling people. This decision of the king made slave traders furious. They organized a revolt and managed to dethrone Oba Akitoye and make his brother, Oba Kosoko, the king. Akitoye succeeded in regaining his position only in 1851 thanks to the help of the British forces. Slave trade was finally completely abolished. In 1914, Lagos became the center of the protectorate. The city enjoyed a period of prosperity in the 60s of the previous century. Copyright www.orangesmile.com
What attractions can tourists see in Lagos? The Iga Idunganran Palace is one of the major landmarks in the city. The construction of the gorgeous building ended at the beginning of the 18th century. The palace was reconstructed several times over the years. This helped to save the building for future generations. The Iga Idunganran Palace is now a residence of the local king from the Oba dynasty. What makes this palace so special? The architecture of the building is unique and original because it combines elements of the modern design and traditions of the ancient Yoruba people. 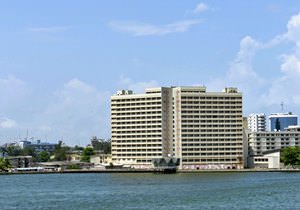 The palace is home to unique historical landmarks of Lagos. There is a family crypt where members of the Oba family find their last resort. Two ancient statues of Yoruba deities Esu and Ogun are the main cultural treasure of the palace. They are very important for local people, and so the statues are always guarded. Members of the Oba family frequently leave their residence to pray to the deities. This way they try to protect the area from evil spirits. Every sixteen days, sacrificial rituals take place in the Iga Idunganran Palace. These rituals involve killing livestock.
The National Museum of Nigeria opened its doors in Lagos in 1957. British archaeologist Kenneth Murray was the founder of the museum. The venue exhibits several giant collections with findings of archaeologists and various ethnographic artifacts. Moreover, this museum is the right venue to learn more about local art, especially sculptures. Statues crafted by local artisans have a diverse look but all of them are unique. 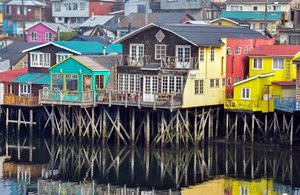 When observing the exhibition of the National Museum of Nigeria, take a look at the Benin-City gallery and an interesting artifact – a human skull made from terracotta. Surely, the collection of the royal regalia looks absolutely stunning. There are even various crowns made from ivory. These are not all precious items that the museum prepared for its guests. There is an artisan workshop in a separate hall with many interesting wooden souvenirs and textiles. All items in this hall are available for sale.
When you feel tired of exploring attractions in Lagos, it is time to go to Eleko Beach. This is a fantastic place with its own charming beauty. The coastal area is two kilometers long and is covered with soft white sand. The water is crystal clear and has a beautiful turquoise color. It is incredibly pleasant to spend leisure time in Eleko Beach together with friends and family. There are no high waves here, and the coastal water is quite shallow. Visitors can always rent sun loungers and umbrellas right at the beach. One more advantage of Eleko – this beach is perfectly suitable for beginner surfers and fans of scuba diving. 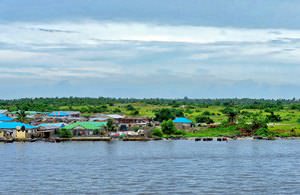 Lagos has an airport that serves international flights from numerous European and African capitals. That being said, residents of many countries might need to make a change at a large airport in Europe. There are also trains to Lagos from Maiduguri and Kano. The journey time is two hours.
This guide to iconic landmarks and sights of Lagos Nigeria is protected by the copyright law. You can re-publish this content with mandatory attribution: direct and active hyperlink to www.orangesmile.com.

City tours, excursions and tickets in Lagos Nigeria and surroundings

Art galleries in Lagos Nigeria and around
♥   Art museum 'National Gallery of Modern Art' Lagos, 5.1 km from the center. On the map

Sights around Lagos Nigeria from our guide 'Extreme places on Earth' 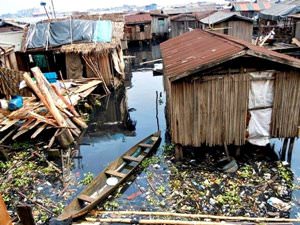 Distance from Lagos Nigeria center - 3.7 km.
Basically, poor families live there. Migrant workers flock there from all parts of West Africa. The main means of transportation for locals are wooden boats; they are in each family. Several years ago, the Government of Nigeria expressed concerns about the well-being of the area. A first floating school in the history of the village was built there. In the near future, the government intends to arrange the resettlement of indigenous people to other, cleaner and more comfortable areas of the capital and its environs. … Read further

Sightseeing in Nigeria: things to see

Kano is one of the oldest cities in the country. It has a well-preserved historic district with gorgeous palaces and ancient protective buildings. Old Kofar Mata Gate is a symbolic entrance to the Old Town. The Emir’s Palace is, without a doubt, one of the most beautiful architectural landmarks in Kano. Having explored the signature attractions of this city, don’t forget to visit Kurmi Market and shop for interesting handmade souvenirs. … Open

Search touristic sites on the map of Lagos Nigeria

Sightseeing in regions nearby Lagos Nigeria

Lome
The National Museum has been open in Lome starting from 1975. Visit this establishment to see an interesting exhibition dedicated to the national instruments that are popular in the country. There are drums of interesting shapes and configurations, traditional Togo flutes and jingle bells. Local craftsmen are skillful potters, so the museum’s exhibition has a collection ... Open »
Accra
Ga tribes founded the first settlement here in the 15th century. This was the largest settlement at that time because there had been no settlements of this size in the region before. When Europeans appeared in the territory of modern Ghana, the region started developing and increasing in size. First of all, settlers from Europe built two fortresses, namely, Ussher Fort and ... Open »
Abuja
Abuja is mostly a political and administrative center of the country rather than its cultural heart. As politicians say, Abuja is the birthplace of laws and regulations. There are not many industrial objects in the city, and this fact has a favorable impact on the environment of the region. Abuja is one of the fastest-growing cities in the world, and it was the world’s ... Open »
Kumasi
Would you like to find out more about the history of the city? In this case, don’t forget to visit the Cultural National Center that is open in the heart of Kumasi. It was founded at the beginning of the 50s of the 20th century. The historical museum open in the center has an interesting exhibition about the first settlers in this region. A large collection of swords and ... Open »
Ouagadougou
The National Museum is the most modern and popular cultural facility. It is still in the development process, but many halls of the museum already accept visitors. Here you will see a collection of masks and traditional costumes of local people, hand-made dishes and sets of ritual artifacts. Among religious monuments we should definitely mention the Cathedral – the most ... Open »
Luanda
The Portuguese invasion has left its influence on the history of this city. Luanda is a truly picturesque city, which is divided into two parts - Upper and Lower Town. The city has a shape of a semi-circle and is built around the bay. It is the Lower City that contains almost all the historical monuments that belong to the time of colonization. An ancient fort San Miguel is ... Open »

All about Lagos Nigeria, Nigeria - sightseeings, attractions, touristic spots, architecture, history, culture and cuisine. Prepare your trip together with OrangeSmile.com - find out the 'must see' things in Lagos Nigeria, which places to visit, which excursions to take, where the breathtaking views are waiting for you. Planning your trip with this travel guide will help your to get the most out of Lagos Nigeria in few days.