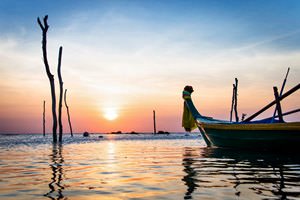 The town was called the same as the island – Lanta for a long time. The origin of this name is unknown. Presumably, it is associated with a special device for drying fish, which the locals call Lantus. Sea Gypsies still use it in everyday life despite the archaic nature of this type of utensils. Perhaps the name refers to the Arabic language. The island was indicated as "Janub Lanta" on ancient maps of the East. This translates to Northern Lanta. Unfortunately, the Arabs did not tell their descendants why it was "Lanta". There are suggestions that this is somehow related to the Malaysian Pulau Lun-Tuk. This translates as "land with a mountain in the middle".
Shopping in Ko Lanta - main shopping streets, outlets and boutiques
The Old Town of Lanta is not an ideal place for shopping. Not too many people live here. The number of tourists arriving is not yet so large that large retail chains have reached here. So if …

Open
Today, it is impossible to say exactly how long the island was inhabited. Sea Gypsies don't keep their own calendar. They can hardly tell when their ancestors first appeared on this earth. The nomadic people did not build strong houses. So nature has long destroyed all the ancient buildings on the island. It is known that the name "Lanta" was officially assigned to the island by King Rama the Fifth century ago. The port of Lanta was the only major island settlement at that time.
Traders from the Middle East and China have used the port as "transshipment point" for many years. Today, the local architecture is similar to Thai and differs from it a lot at the same time. Many compare the Old Town of Lanta with Hoi An in Vietnam. The island's capital was located here until 1994. After the construction of the new port in Ban Saladan, which was larger in size, all administrative services and many trading firms moved there. It was then that the settlement was named "Old Town". It is firmly entrenched in this small Thai port. Mostly native Thais and some representatives of the sea Gypsy people live here. Copyright www.orangesmile.com
Guide to Ko Lanta sightseeing - things to see and to visit
Unique natural attractions are the main treasure of the Ko Lanta Archipelago. Fans of hiking and fascinating tours will definitely find this place special. One of the most visited sites …

Open
The port is one of the most interesting places in the Old Town today. You can see local fishermen for their hard work here. There are many small boats in the harbor. They almost do not differ from those that the ancestors of local residents used. Life rarely stops here. Someone goes fishing, someone returns with a catch, someone cuts up the fish or sells seafood on the waterfront. If you want to experience the atmosphere of a small fishing village far from civilization, then spend at least a few hours watching everything that happens in the port of the Old Town. 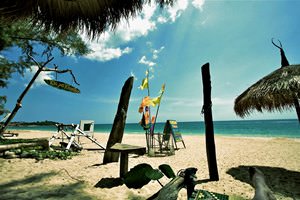 There is a small lighthouse nearby. It still works. There are dangers for sailors in the small bay of the Old Town. This can be seen if you look at the sea surface: the masts of a recently sunken ship stick out not far from the shore. Be sure to take a walk through the streets of the settlement. It is better to do this at sunset or at dawn. Small one-and two-story houses, unusual for a European outline of "homes for spirits", a lot of greenery and decor in the Thai style – all this is fascinating despite the fact that the Old Town is small and there are no known architectural attractions here.
Family holidays with kids in Ko Lanta. How to entertain your child, things to show to children.
The old town of Lanta was the capital of the island half a century ago. But it lost this status after the construction of a new port. Today, as a century ago, people still fish, carve crafts …

Open
If you have time, you can visit a local Buddhist Temple. The small structure is decorated with several statues of Buddha. There are also two small mosques in the town. But only devout Muslims can get inside. However, the buildings deserve attention. You can see a small brightly decorated Buddhist altar while walking around the town. There is a bust of one of the local naval military captains and a rather massive plaque in Thai on it. 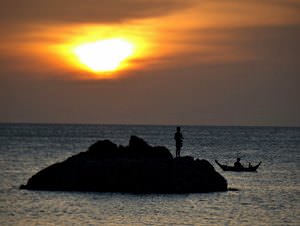 Be sure to visit the local market. The day and evening market of the Old Town is not much different from any other market in any country in the world. The only distinctive feature is that the product is often placed directly on the ground here. Everything is transfigured at night. Lanta night market is not only a place where you can buy or sell something but also a platform for artisans who are ready to work right in front of you. Traditional music groups and performers of folk Thai dances perform here. If you have time, you can spend half a day or all day on a tour of the sea Gypsy settlement. It is built on stilts according to the old tradition.

In the section below, you can get one of our excursion, activities or city discovery tours over Ko Lanta and surroundings. Our website offers 10-30% lower ticket prices, when compared to the offline purchase on the spot.

City tours, excursions and tickets in Ko Lanta and surroundings

This guide to cultural sights Ko Lanta is protected by the copyright law. You can re-publish this content with mandatory attribution: direct and active hyperlink to www.orangesmile.com.
Ko Lanta - guide chapters 1 2 3 4 5 6 7
Car rental on OrangeSmile.com

Excursions over cultural sights of neighbours of Ko Lanta

Ko Lanta Island
Those who are found of authentic stuff should definitely visit ASALANTA. It’s a small hotel with space for diverse master classes. You can learn how the local build their houses, make bamboo fences, and create toys for their children from available materials. Besides, if you like lovely sunsets, then the local lighthouse is a perfect spot. You can easily see it as a ship ... Open »
Krabi
Not far from it the stairway is located, on which everyone can climb to the top of the hill and appreciate the panorama of the island. The stairway has 1237 steps, so climbing will be a good exercise for the curious traveler. On the island archaeological excavations were held for many years. During that time scientists have found a number of unique artifacts. You can see those ... Open »
Ban Khlong Muang
In the vicinity of Muang, there are several first-class thermal centres, which will also be nice to visit during your holidays. The Saline Hot Spring Khlong Thom complex is one of the largest ones. It offers visitors swimming pools, recreation areas, as well as massage services. The complex is remarkable because it is located on the territory of a beautiful park, so it is ... Open »
Phuket
The National Museum Talang is the best way to continue the learning of local folks traditions and customs. Its showcases present household items used by local folks a great collection of weapon and archeological finds and treasures. A big part of the exhibition is devoted to the Burmese war. The monument “Two heroines” locted opposite to the museum commemorates this ... Open »
Langkawi
The Perdana gallery is considered the most famous attraction located in the suburb of the capital. Its collection includes more than 2,500 exhibits, such as ceramics and crystal, beautiful prizes and old paintings. The most exhibits represented in the gallery are awards handed by Mahathir Mohamad, the former Prime Minister of the country. Notable attractions of the island are ... Open »
Ko Samui
The island hosts several pagodas each of them keeping a unique collection of artifacts. Another interesting adventure during a Samui vacation will be a trip to the Wat Khunaram temple the main relic of which is a mummified body of the monk. According to one of the legends before the Buddhism adoption the monk was a rich and noble citizen however later on he decided to abandon ... Open »

Culture guide to Ko Lanta. Which fascinating sights to visit once you are in Ko Lanta: temples, churches, museums, theaters and castles. Recommendations (with addresses, phone numbers and links) on the places 'must visit' in Ko Lanta. Plan your own city excursion by using this page info!