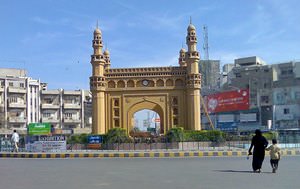 Karachi is a city with a very interesting history that is full of events. It was the capital of independent Pakistan and lost this title only in the second half of the previous century. However, Karachi hasn’t lost its importance even nowadays. Currently, it is the center of an important administrative region. As many spheres of life are well-developed in Karachi, numerous people from smaller towns want to move to it, find a job in Karachi, and settle here. The process of urbanization is very active in the country, and large cities develop and grow fast. Karachi is no exception – it is one of the biggest cities in the world at the moment and the seventh biggest urban agglomeration.
Excursion over cultural sights of Karachi - 'must visit' points of interest
In the past, Karachi was the capital of Pakistan. As it was also a large seaport, the city was always prosperous. In Karachi, there are many ancient architectural landmarks that tourists …

Open
If you were expecting to find a calm and steady city, you will be disappointed because active life and hectic atmosphere are typical in modern Karachi. It is safe to say that this city never sleeps. You will be surprised to see how active local people are. They will always be in a hurry, try to sell something to you, walk fast, or do something else. Despite the fact that several dozen different nations with different traditions and religions live in Pakistan, local people are quite peaceful and are, in general, quite tolerant of foreigners.
The majority of people in the country are Muslims, and this fact shapes the everyday life of the region because this religion implies strict following the rules stipulated in the sacred books. For example, it is very hard to find dishes with pork in Pakistan because this animal is considered impure in Islamic culture. It is not rare to see people praying right on the streets. Other people may spontaneously join the prayer, and this applies not only to passersby but also to drivers of public transport. The Pakistanis are very religious people, and so it is very important for them to follow the traditions of Islam. Copyright www.orangesmile.com
Your active city break in Karachi. Attractions, recreation and entertainment - best places to spend your day and night here
As a rule, travelers visit Karachi not only to get acquainted with local culture and attend natural and manmade landmarks but also to relax and swim in the sea. Sandspit is one of the most …

Open
Local people treat tourists with respect and interest. They are ready to forgive small mistakes in local etiquette and rules if tourists make them unintentionally. However, vacationers shouldn’t speak vile of local traditions and culture. The same applies to criticizing the religion – they will definitely express their disapproval. In Karachi, tourists will have no problems with communication if they can speak basic English, just like in many big cities around the world. However, English might be useless in the countryside even though many signs have copies in other languages. According to statistics, only one-fifth of Pakistan’s population knows English. 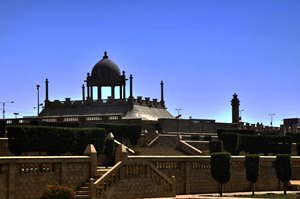 It is important to follow some simple rules that are typical for any Muslim country: do not touch other people without any particular purpose, do not take items with the left hand, do not walk in front of praying people, do not point at other people with shoe soles, and do not enter the female part of the house if someone invites you to visit their house. It is also better to learn more about gestures that have a negative meaning in the region. Some gestures that are innocent for European and American countries may be regarded as offensive in Pakistan.
Advices to travellers: what you should know while being in Karachi
1. Pakistan is considered quite a dangerous country for tourists, and an unstable political climate only adds to this situation. Karachi is one of the potentially unsafe regions, so if you …

Open
There are no limitations regarding the clothing, but it is still not recommended to wear too revealing and extravagant outfits. This is particularly true about women. When visiting a mosque, all parts of the body except feet must be covered. Women also need to put a scarf on their head. Smoking is banned in virtually all public areas. If you need to smoke, search for permitting signs first. Vacationers should also not forget that toilet paper is not used in Pakistan. Instead of it, there are bidets or simply water containers (because this is approved by the Quran). Bathtubs are also virtually nonexistent because locals use shower cabins. 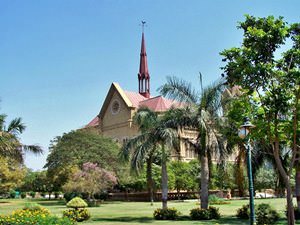 Every year, Karachi hosts a literature festival that is held at Beach Luxury Hotel. The popular event lasts two days in the first week of February. During the festival, all participants can discuss various books, watch presentations of new bestsellers, and meet authors who promote their latest works. Vacationers can also participate in master classes and discussions, watch musical and theatrical performances dedicated to famous books, or simply enjoy reading. The event is quite popular, so it is not rare to see guests from other countries at the festival.
Shopping in Karachi - main shopping streets, outlets and boutiques
Dolmen Mall Clifton is the most popular shopping center in Karachi. It has an eye-catching design and offers a range of goods for any taste and budget. There are attractive shops with …

Open
Every year, the area in front of the Karachi Metropolitan Corporation Building becomes the location of Hamara Karachi. It is a popular festival with its own interesting program of events. As a rule, it includes a small parade, some thematic exhibition, sampling local delicacies, concerts, and other festivities. The first celebration Hamara Karachi was so grandiose that even the president of the country visited it.

This guide to traditions and festivals in Karachi is protected by the copyright law. You can re-publish this content with mandatory attribution: direct and active hyperlink to www.orangesmile.com.
Karachi - guide chapters 1 2 3 4 5 6 7 8

City tours, excursions and tickets in Karachi and surroundings

Cathedrals and basilicas near Karachi
♥   Cathedral of St. Patrick, Karachi, 3.6 km from the center. On the map

Despite the fact that the population of Pakistan spends a lot of time in prayer, sports are very popular here. The favorite sport is cricket, inherited from the British Empire. Everyone from Ministers and residents of central cities to ordinary Pakistanis in remote regions plays it. There is a Committee that monitors the development of this sport. The national cricket team is one of the strongest in the world. It has repeatedly won the most prestigious international tournaments. The national field hockey team has also achieved great success. It won ten Olympic medals. Polo is a sport atypical for a Muslim country. However, it is popular in Pakistan. Numerous tournaments are held throughout the country in late summer and fall. The Pakistan national team took part in the World Championships. Pakistanis are also very fond of football and tennis. … Open

Colors of Karachi in photos

Traditions and festivals in cities around Karachi

Muscat
The local folks are rather decent towards alcohol consumption. Alcohol drinks can be consumed only in specialized places. Appearance in public places in the state of alcohol intoxication is considered to be one of the rude offences which definitely carry a penalty. A few remarks should be made on the city residents outfits. Muscat as other cities of the country does not ... Open »
Bombay
Many local residents still venerate the traditions of the forefathers and live in keeping to religious cannons. In the meantime a major part of local folks of the city live a totally different life and have abandoned following religious traditions and cannons long ago. For many residents of Mumbai the most important and sainted places are still the churches, temples and ... Open »
Masirah
Even though locals might seem to keep themselves to themselves, they actually don’t mind to communicate with a stranger. Still, there are some taboo topics: religion, laws, private life, etc. You can, for instance, ask something about a person’s family, and it’s pretty ok to ask a woman about her husband and children. But what you really must not do is criticizing the ... Open »
New Delhi
Setting off to the exploration of religious landmarks and sights tourists should choose a proper outfit. The clothes should not be very tight. It should be high necked and rather long to cover legs. The outfit should be rather loose as well. The optimum choice is an outfit in light colors. Footwear is forbidden on the territory of churches and cathedrals that is why visitors ... Open »
Ras al Khaimah
Traditionally, the UAE National Day is celebrated for two days. Local Arabs, and numerous migrants, Europeans, Americans, and Asians living in the city because of work or study, celebrate it with great enthusiasm. The diverse national composition of the UAE and the inhabitants of Ras al-Khaimah can be assessed thanks to the traditional national flags. It is customary to ... Open »
Sharjah
Those who expect to walk a lot around the city have to pay special attention to the outfit. Clothing should be of pastel tones and high-necked; outfit should be moderate even in the hot day. Bathing suits, shorts and short skirts are appropriate only on the beach; to walk around the city it’s better to buy loose and comfortable clothes made of cotton. A number of special ... Open »

Cityguide on traditions, mentality and lifestyle of people in Karachi. Learn the best periods to visit Karachi to discover its soul - authentic festivals, events and celebrations. We will also reveal the interesting habits, attitude towards the world and to tourists in Karachi.