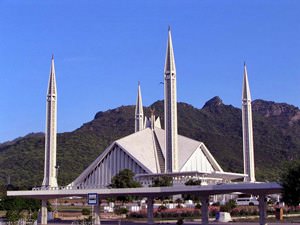 The best way to get acquainted with culture and traditions of Pakistan is to travel to the most famous cities and landmarks of the country. The city of Karachi is considered the cultural capital of the country. The city was founded in the 18th century and until 1959 Karachi was the administrative capital of the country. The majority of landmarks of the city can be seen during a walk on Mcleod Road and Bandar Road streets, which are home to the State Bank, the Royal Court, beautiful Lyari Waterfront, Mohatta Palace and Frere Hall. However, Mazar-e-Quaid (Jinnah Mausoleum) and Masjid-e-Tooba Mosque remain the most famous landmarks of the city. The mausoleum was built in honor of the founder of Pakistan - Mohammed Ali Jinnah. This is the most sacred landmark in the country.
For active traveler - national parks, landscapes and nature of Pakistan
The nature of Pakistan is so diverse that it will surprise even the most experienced traveler. The majestic Himalayas originate here. Snow-capped …
Read further
Several interesting monuments and other places of interest can be found in Hyderabad, first mentions of which belong to the pre-islamic period. Qutb Shahi Fort and an old market, which is located nearby, are beautiful reminders of previous centuries. The so-called historical complex is surrounded by numerous small streets and quarters, which were also built several centuries ago. Another important landmark is located not far away from the city. This is Lake Manchar, the biggest lake in the country and the wintering ground for thousands of birds. One more ancient city that is also worth visiting is called Mohenjo-daro, which was founded more than 4,000 years ago. The city is very popular with tourists, so you will easily find a guide or an excursion that will show you old quarters of Mohenjo-daro. Ruins of an ancient citadel and a palace are among the most famous places of interest here. There is also a large exhibition hall, where visitors can see several collections dedicated to artworks and artifacts found during archaeological excavations. Within several decades the Museum of archaeology has added many precious items to its collection - ancient jewellery, ceramics, weapons and figurines.
The city of Lahore traditionally attracts travelers with its magnificent architecture. Yet during the 16th century the city got many beautiful mosques, palaces, lush gardens and parks. Lahore Fort is the largest architectural complex of the area. This part of the city is a popular excursion destination as there are several big palaces, beautiful gardens and spacious exhibition halls there. Do not forget to see such beautiful places as Badshahi Mosque, magnificent Chauburji Gardens and make an excursion to Aitchison College. Travelers, who are keen on nature reserves, are also recommended to visit Quetta as this city is home to Hazarganji Chiltan National Park, and Pishin Valley is famous for waterfalls and numerous gardens. Copyright www.orangesmile.com
Unique sights of Pakistan from our series 'Extreme places on Earth'
These spots really worth the attention of a real traveler-researcher. …
Read further

Pakistan is one of the oldest countries in the world. In the 3rd-2nd centuries BC, it was a center of the Harappa civilization. Later, these lands were conquered by the Aryans. The formation of the future state was significantly affected by conquests of Alexander the Great. In the 1st-2nd centuries AD, the Kushan Empire was formed. Today, it is officially recognized as a place where Buddhism was generated. 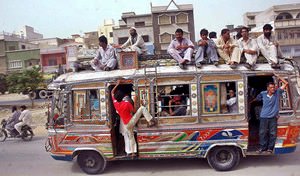 In the 8th century, Islam was disseminated here. In the 13th century, the empire came to the Mongol Empire. The powerful empire had existed for over 500 years and then was separated into several autonomous lands. In the 19th century, Pakistan saw the colonial period. Its entire territory became a part of British India. In the 30s of the last century, the liberation movement was established and succeeded in 1947.
National cuisine of Pakistan - specialties, recipes and restaurants
The cuisine of Pakistan is a unique combination of the best culinary traditions of the East. The history of the country has contributed to an amazing …
Read further
Pakistan is one of the most picturesque and most interesting Asian countries. It attracts travelers not only with its rich historical heritage, but also with unique traditions. Tourists should also pay their attention to food traditions. The brightest components of the Pakistan cuisine are meat dishes. The meat here is cooked on the open fire. 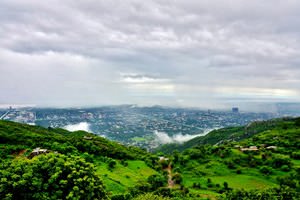 You can taste one of the popular meat dishes called samosa right in the streets. It is cooked and served in small street stalls. Char-grilled meat is rolled in flatbread and served with lettuce sometimes. Those who want to taste something exotic should order mutton with cottage cheese at one of the national restaurants.
National traditions and mentality of people in Pakistan
Despite the fact that Pakistan appeared on the world map only recently, the country has deep historical roots. The mixing of indigenous cultures is …
Read further
Colorful markets of Pakistan will not leave shopping enthusiasts indifferent. One of the most popular national souvenirs is hand-made patterned carpets. Prosperous tourists can buy unique ivory items. In local gift shops, you can buy a very beautiful salt lamp and choose accessories of natural semi-precious stones. There are craft stalls in every city of Pakistan. They sell exclusive leather accessories, hand-made crockery, wooden items and pieces of art. All shopping enthusiasts should remember that it is accustomed to bargain in Pakistan. The bargaining will be relevant everywhere except big supermarkets and shopping malls.

This article about iconic landmarks and sights of Pakistan is protected by the copyright law. You can re-use the content, but only under the condition of placement of an active link to www.orangesmile.com.
Pakistan guide chapters 1 2 3 4 5 6 7 8 9 10 11
Reference information
Map of all parks

National and city parks of Pakistan
♥   National Park 'Ayubia' . On the map

Palaces in Pakistan
♥   Palace 'Derawar Fort' . On the map

Famous and uniques places in Pakistan from our review series 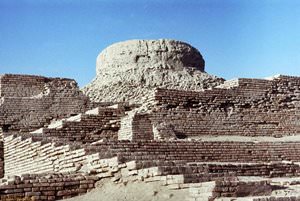 You can visit a unique archaeological area in Pakistan in the Sindh province. These are the ruins of the ancient city of Mohenjo-Daro. This city was founded no later than 2,600 BC. It was one of the oldest cities on the territory of present South Asia. The archaeological area was discovered by researchers in 1920. This ancient city never ceases to amaze scientists with its correct layout. Complex religious and irrigation systems are found on its territory. Residents of Mohenjo-Daro used some of the most advanced technologies for their time in the formation of their city.

You can see the ruins of the so-called "citadel" in the central part of the city. According to the assumptions of archaeologists, it was used for protection during floods. The "Great Bath" is a no less interesting … Read all 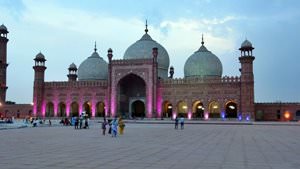 In Lahore you can see the royal Badshahi Mosque. From 1674 it is the second-largest Pakistan mosque. The building is situated on a high platform that was built especially before the mosque. The religious building has the largest inner yard in the world, its length is 527 meters and 159 widths. The minarets high is 62 meters, together all these peculiarities make this mosque magnificent.

A huge building is decorated with three white marble cupolas. Near the main entrance, there is a two-tired 20 meters pavilion. This mosque is quite extraordinary and attracts people from the whole world. There is a small museum devoted to the Islamic relics. Among them, there are some unique values – the green prophet Muhammad’s turban and delicate scarfs, made by his daughter Fatima.

These relics … Read all 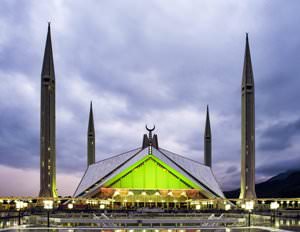 Faisal Mosque is the mosque in Islamabad, Pakistan. It is the largest mosque on the territory of South-Eastern Asia. In the world, it is in the fourth place in the area. This mosque doesn’t look like other Pakistani mosques. A famous Turkish architect Vedat Dalokay didn’t want to make traditional cupolas and created the unusual constructions that resemble a Beduin tent.

Before the building was organized an international competition in which architects from 17 countries submitted 43 proposals. Design of Vedat Dalokay was chosen as the most extraordinary and symbolic. The unusual building looked quite harmonious and unusual. Enter to the mosque you can through the inner yard that is decorated with a small artificial pond and marvellous fountains. The most beautiful marble types, … Read all
All unique sightseeing Pakistan

Sightseeing in popular cities of Pakistan

Lahore
According to local legends, Lahore got its name after the son of god Rama, Lava. Ancient tales say that Rama was the founder of the city. In the eleventh century, this settlement became the capital of the Ghaznavid Empire. The Fort of Lahore was finished a century later. Starting from the 20s of the 16th century and for almost two hundred years, this city belonged to Mongols. During this period, starting from 1584, Lahore was the capital of the Mughal Empire. After that, the Sikh period … Read more

Islamabad
An equally interesting historical site is the archaeological district of ​​Taxila. It was named after the eponymous town, the ruins of which were discovered by researchers in these places. This ancient Buddhist city was founded in the times of Alexander of Macedon. On its territory, there were many unique examples of architecture and sculptures, including a statue of Buddha of impressive size. Visitors of the archaeological region will have the opportunity to see fragments of an ancient … Read more

Karachi
Directly on the territory of the city, there are also interesting religious sites, among which is the temple of Shri Swaminarayan Mandir. This Hindu temple is the largest in the territory of Pakistan. It covers an area of ​​more than 32,000 square meters. This classy temple was built more than one and a half centuries ago. Everyone can visit it and appreciate its luxurious interior. Now the huge temple is a permanent place for holding important religious events. In the vicinity of the … Read more