Sightseeing in Kandy - what to see. Complete travel guide 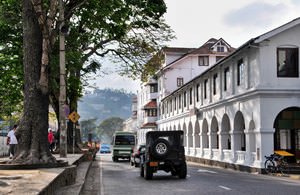 In the heart of Sri Lanka, not far from Colombo, tourists will find the marvelous city of Kandy. The settlement is situated close to the bank of the Mahaweli Ganga River. This city is an ideal destination for an unforgettable vacation thanks to its always pleasant and fresh air. Kandy is truly a cultural capital of the island, and its local people still cherish their historic heritage and Buddhist values. The city’s population tries to maintain the centuries-old traditions and is very sad about the impact of the modern culture on the image of “an honest Kandy resident” that slowly disappears. Despite this fact, the city doesn’t lose its glorious look and attracts many tourists every year.
This city appeared soon after the arrival of the Portuguese explorers in the 14th century. Having reached the southern side of Ceylon, the Portuguese started colonizing the island. Local people were not skilled warriors and their weapons were more primitive than the equipment of Europeans, so they had no chance resisting the invaders. After that, King Vikramabahu took all historical and religious artifacts he had and headed deeper into the island. When he reached impenetrable jungles, the king ordered to build a new town. He strategically chose an area where nature itself could protect the settlement from invaders.
The Portuguese remained rulers on Ceylon for more than two centuries but they couldn’t defeat and conquer the Sinhalese kings. The indigenous people lost their independence only in the 19th century when the British captured the island. The royal dynasty was dethroned and the last king was expelled to India without a permit to return to his land. The British Empire remained the ruler of Ceylon for the next one hundred and fifty years. As a former capital, Kandy completely lost its importance and turned into an agricultural settlement. Local people had to work from dawn to dusk for pennies. Copyright www.orangesmile.com
Sri Dalada Maligawa or the Temple of the Sacred Tooth Relic is the main attraction in Kandy. This is not only an interesting place to visit but also a sacred temple that is very important to all local people. When Buddha died and his body was burned, some fragments remained after cremation. These fragments were divided into 8 parts. All of these parts were sent to different countries where Buddhism was the main religion. A Singhalese princess brought the tooth to Kandy in 311. Nowadays, the precious relic is stored in a chest that is put in several other sacred boxes. Only carefully selected people have the honor to see the tooth. 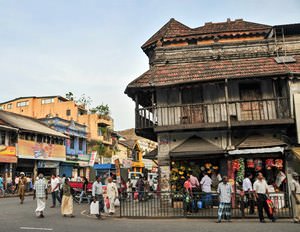 All walls in the temple have paintings that tell about the life of the holy person. Ceilings have carved ornaments, and the doors have silver and ivory elements. There is a statue of Buddha made from a giant crystal on the lower floor of the temple. Near the statue, visitors can see a chest with a sacred emerald figurine. People from all over the world come to this temple and bring various images of Buddha as a gift. In recent years, the number of these gifts has become so big that there is a separate room for them. Everyone is welcome to visit the room and look at the images of Buddha from all parts of the world. The temple itself is incredibly beautiful and gracious, so it is widely recognized as a world miracle.
Do you want to see the largest botanical garden in Asia? This garden is located not far from Kandy. Known as the Royal Botanical Garden, this beautiful place occupies an area of sixty hectares. Needless to say, the garden is home to a great number of various plants. There are typical species of the island such as the orchid and the memorial fig tree planted by Edward VII, the Ceylon ironwood brought by Nikolai II and the Yuri Gagarin’s pine tree. 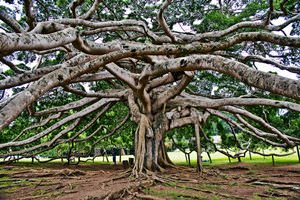 The territory of the Royal Botanical Garden is conventionally divided into several zones, each of which recreates different types of tropics. Obtain a special pass and you will be able to visit the orchid area, take a look at unique shapes of their leaves and different flower colors in a special area for houseplants. The Palm tree grove features different species of palm trees. That being said, the garden is a lot more interesting place. Don’t be surprised to see a flying fox or a curious monkey that might try to steal your belongings.
An elegant fountain meets all visitors to this wonderful garden. This gorgeous British construction is a true pride of the city. As the fountain is made in Rococo style, it has somewhat pompous details. However, this fact only adds charm to the fountain, and so it enchants visitors with its golden cupids placed at the foundation. When you feel tired after a long walk on a hot day, it is so pleasant to sit near the fountain and enjoy its refreshing coolness. 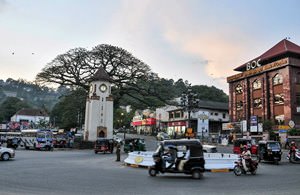 Tourists can get to Kandy from the capital of Sri Lanka, the city of Colombo. There are daily high-speed trains that connect the cities. The journey time is roughly three hours. If you choose to hire a taxi to get to Kandy, the ride will last approximately the same time. Besides the main means of transport, tourists can get to the old city by minivans or buses. Quite often, minivans are the fastest vehicles to reach Kandy.
This guide to iconic landmarks and sights of Kandy is protected by the copyright law. You can re-publish this content with mandatory attribution: direct and active hyperlink to www.orangesmile.com.

City tours, excursions and tickets in Kandy and surroundings

Sights around Kandy from our guide 'Extreme places on Earth' 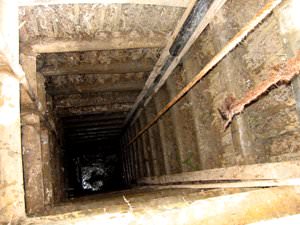 Distance from Kandy center - 68.1 km.
Some of the areas have been deprived of any fortifications, so any wrong move or loud noise may provoke the collapse. Locals believe tunnels of Ratnapura to be a sacred place, that’s why they always bring generous gifts to the gods. Employed workers also take into account advice of astrologers and follow a lot of important rituals, as locals believe that such a respect to the place makes source of gems literally inexhaustible. … Read further 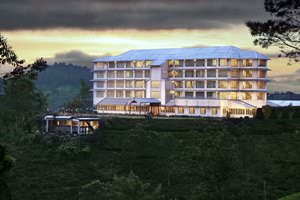 Distance from Kandy center - 41.3 km.
It offers scenic walks, tea tastings, and sports activities to guests as entertainment. A golf center is located next to the hotel. Guests can also indulge in rejuvenating spa treatments every day. The famous Galway's Land National Park and other natural attractions are close to the hotel. Its restaurant is considered one of the main features of the Heritance Tea Factory Hotel. It was opened in the carriage of an old train. It is more like a historical museum dedicated to colonial times. Unique historical exhibits are presented in the restaurant hall. … Read further

Search touristic sites on the map of Kandy

Sightseeing in regions nearby Kandy

Colombo
Colombo is one of the largest ports of the Middle Asia. This city is full of unexpected contrasts and is very good for travellers who seek solitude rest. According to one of versions, the city got its name from Christopher Columbus. Today on the streets of Colombo you can see old buildings located near each other and modern business centers made of glass. The culture of the ... Open »
Madurai
The temple complex occupies an area of nearly two hundred and twenty meters in length and two hundred and sixty meters in width. The height of the Meenakshi Temple is currently fifty-two meters. Fourteen gopurams form the look of the temple complex. Gopurams are towers of a different height. Five towers are erected inside the complex, and the remaining ones stand on the ... Open »
Chennai
The city, first of all is the largest industrial center, which attracts hundreds of business people from all over the world. In India Chennai is called the automobile capital of the country. Besides Indian companies here are located branches of such factories as Mitsubishi, Ford, and Hyundai. The largest factory that produces military equipment is also located here. However, ... Open »
Bangalore
“India’s Silicon Valley” – this name is often used when describing Bangalore. The city got this name because of large number of modern plants located on its territory. However, tourists keep visiting this city not because of industrial development of this region, but because of large number of historical and architectural monuments that can be found here. The Cubbon ... Open »
Male Atoll
North Male is the main atoll of the Maldives. This is where the capital of the republic, Malé, with its priceless attractions, cultural centers and luxury hotels is situated. The atoll comprises of 50 islands, of which only 8 are inhabited. It’s noteworthy that each island has its own unique task: there is the island-capital, the airport island, the poultry farm island and ... Open »
Maldives Island
Hukuru Miskiiy is among the most notable historical sights. The age of mosque is almost a thousand years. This beautiful old building has perfectly preserved to this day. During the tour you can see symbolic drawings carved in stones; those were created by masters in the 13th century. Next to the old mosque there is a cemetery, which also has great historical value. Its ... Open »

All about Kandy, Sri Lanka - sightseeings, attractions, touristic spots, architecture, history, culture and cuisine. Prepare your trip together with OrangeSmile.com - find out the 'must see' things in Kandy, which places to visit, which excursions to take, where the breathtaking views are waiting for you. Planning your trip with this travel guide will help your to get the most out of Kandy in few days.