Nature of Iran - national parks and reserves for active recreation 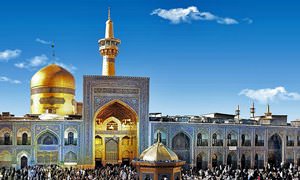 If you are fond of eco-tourism and would rather spend a day backpacking and camping in the wild than enjoying skiing or beach recreation, then you definitely need to learn more about Iran’s national parks when planning a vacation to this country. Iran has a rather peculiar nature. Local vegetation is quite modest, and the climate is dry. Constant attempts to make local soil suitable for agriculture have almost destroyed all steppes in the country. Wild nature was on the verge of destruction at some point, so the country tries to restore it at the moment. Because of this, it was decided to make restricted areas in Iran. There are approximately 80 protected areas in the country. Four of them are particularly interesting for tourists.
Things to do in Iran - active leisure
Fans of active recreation will not feel bored in Iran. The country offers different types of active recreation, and alpine skiing is, perhaps, the …
Read further
The Khar Turan National Park is a giant protected area in Shahrud. The main aim of this national reserve is to protect and restore Iran’s nature. Visitors can see rare flora and fauna in this national park. Khar Turan has a unique ecosystem, so the government protects the area and uses it for research purposes. Numerous tourists visit this part of the country to admire local nature.
The Kolah Ghazi National Park is a popular reserve in the province of Isfahan. The reserve has an area of 47,142 hectares. Local climatic conditions are quite harsh – summer is usually dry, hot, and windy, and winter is mild. However, here, in the reserve, there are as many as 350 species of rare plants. The number of animals is virtually countless. The city of Isfahan is located in the middle of the reserve. It would be a mistake not to mention Chemshe Darvesh spring on the Sufa hillside that has become one of the major landmarks of the reserve. Copyright www.orangesmile.com
What you need to know about Iran prior to visit - advices
1. The conflict between Iran and Iraq, as well as other tensions, made Iran a less popular tourist destination. However, Iran currently is one of the …
Read further
Golestan is the most popular park among tourists. Besides that, this is the largest national park in Iran that is, by the way, a UNESCO Biosphere Reserve. In this park, there are roughly 1,350 species of plants and approximately 302 animal species – this is a half of all fauna species in Iran. The highest point of the park is located at 2,400 meters above sea level. The landscape of Golestan is very diverse – valleys and mountains, forests and lifeless steppes. This park is so huge that is stretches to several climatic zones. This is the reason why visitors can see so many different animal species in the Golestan National Park. There are several popular resort areas not far from the park, namely, Golshan, Gulistan, Abshar, and Golzar. No wonder why there are always so many tourists in this part of the country. 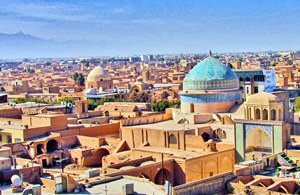 Kevir is a national park that is situated in the Dasht-e Kavir Desert. This area is also home to many animal species including endangered ones. Kevir is situated around a small salt lake that appears when the park’s rivers overflow. This lake is shallow, so it is possible to cross it, but it is not recommended to use a car for that. As the lake is very salty, it can damage car parts. Despite the fact that the park is famous for its desert climate, it has rich flora and fauna.
What to see and what to visit in Iran with children
Sadly, Iran doesn’t have a well-developed infrastructure when it comes to activities for families with small children. Family holidays are generally …
Read further
The Dasht-e Kavir Desert is one of the biggest deserts in Iran, and it is also the most lifeless one. The temperature is very hot in this part of the country, so it is not possible to live here. Storms, which are frequent in the desert, only make the local climate even more complicated. However, there are oases that provide travelers with drinking water. In the central part of the desert, there is a mystical area called the Rig Jenn, which literally means “Dune of the Jinn”. Iranians believe that evil spirits live in this part of the desert, so they try to avoid it. 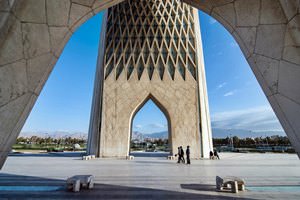 In general, tourists, who are keen on eco-friendly traveling, enjoy exploring nature and national parks, admire pristine nature and wild animals, will be pleased with their vacation in Iran.

This article about nature and national parks of Iran is protected by the copyright law. You can re-use the content, but only under the condition of placement of an active link to www.orangesmile.com.
Iran guide chapters 1 2 3 4 5 6 7 8 9 10 11 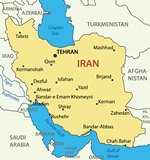