Sightseeing in Dhaka - what to see. Complete travel guide 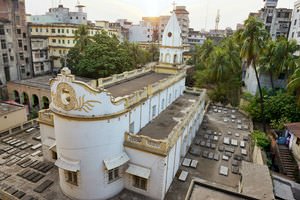 The city of Dhaka is the capital of Bangladesh. This is a multifaceted and picturesque settlement. Dhaka is a real “melting pot” of different nations. You will understand why the city is often called this way if you visit it. Dhaka is an interesting combination of customs and traditions of different nations that have been living for centuries in this region. Nowadays, the capital of Bangladesh is a colorful megalopolis that is always loud and lively. The city’s population grows every year, and Dhaka is the sixth-largest city in the world at the moment.
The first settlement on the territory of modern Dhaka appeared in the 7th century. However, certain historical files assume that there were settlements in this area yet in the 1st century BC. At the beginning of the 7th century, the Buddhist kingdom of Kamarupa existed in this region. According to a legend, the city got its name because of a temple dedicated to goddess Dhakeshwari that was built here. In the 8th century, Dhaka became the capital of the Bengali Kingdom. When a Muslim dynasty established its reign in Dhaka in the 13th – 14th centuries, a new religion, Islam, started spreading quickly in the region.
In the 50s of the 18th century, Dhaka together with other cities became a part of British India. At the beginning of the 20th century, local people participated in the national movement and the rebellion against the British colonizers. The main purpose of the rebels was to make their homeland independent. When India finally achieved its dream of gaining independence, it was divided into two main parts, and Dhaka became the center of one of these parts. The city became the capital of Bangladesh only at the beginning of the 70s of the 20th century. Copyright www.orangesmile.com
Do you want to see the landmark that gave the city its current name? In this case, don’t forget to visit the Dhakeshwari National Temple that is the main architectural and historical landmark of the city. Without a doubt, this is an important part of Bangladesh’s cultural heritage. The temple’s building can be conventionally divided into two parts. The ancient part is made from rough stones. Visitors can see them on the inner premises and underground passages. The new part of the shrine was built two centuries ago, during a large-scale restoration. 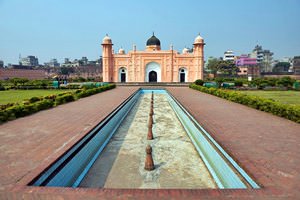 In order to get to the temple, visitors need to go through tall gates. The gates are really tall – in the past, an elephant could easily move through them. A pond in front of the main building underlines the elegant beauty of the temple. In the east part of the gorgeous complex, tourists will find a cemetery – priests and monks of the temple were buried here previously. There are also tombs of saints nearby. Many local people visit this temple to pray and meditate.
Tourists should also visit one more important landmark of Dhaka that simply cannot leave them indifferent. This is a truly marvelous building that never ceases to amaze guests of the city. It is called the Star Mosque. Why does the mosque have this unusual name? You will find the answer to this question once you enter the complex. All inner and outer walls of the building are covered with drawings of stars of different shades and styles. Initially, the mosque had a rectangular shape and three arched entrances. Further restorations added towers on the sides of the building. Three large cupolas form the top of the mosque, with the central one being the biggest. 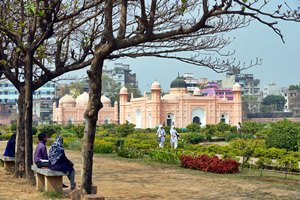 In the 30s of the 20th century, a decorative mosaic made from the finest Chinese porcelain was discovered in the mosque. The examination of the mosaic revealed a crescent and stars. Because of numerous renovations, the precious mosaic was hidden in the hall for prayers under numerous layers of paint and plaster. Nowadays, the gorgeous mosaic beautifully adorns the main façade of the building.
Tourists with small children will find it interesting to visit the local zoo, which is situated sixteen kilometers away from the central part of Dhaka. When taking a stroll in this enchanting place, visitors will find two big lakes that become home for thousands of migratory birds every winter. There is a monkey center with more than two hundred species of these cute animals. Besides monkeys, visitors enjoy visiting a large caged area with fifteen tigers and twelve lions. Finally, all guests of the zoo like a beautiful garden with several thousand butterflies, including the biggest species in the world, the size of which is equal to a man’s palm. In the zoo, it is possible to see such rare animals as the panda, grey African parrot, black bear, and tapir. 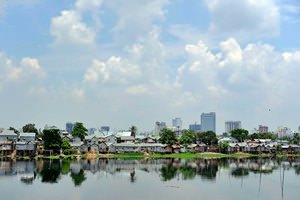 Dhaka has its own airport that accommodates international flights from many countries of the world. The flight will be not short for tourists from many countries, and many passengers need to make a change – unfortunately, not all countries have direct flights to Bangladesh. It is better to think in advance about your transfer from the airport to the city center and book a transfer. In this case, the driver will be waiting for you at the airport. Of course, it is possible to get a taxi – there are usually many taxis waiting nearby. Auto rickshaws have a stop at some distance from the airport.
This guide to iconic landmarks and sights of Dhaka is protected by the copyright law. You can re-publish this content with mandatory attribution: direct and active hyperlink to www.orangesmile.com.

City tours, excursions and tickets in Dhaka and surroundings

Art galleries in Dhaka and around
♥   Art museum 'National Art Gallery (Bangladesh)' Dhaka, 8.5 km from the center. On the map

Sights around Dhaka from our guide 'Extreme places on Earth' 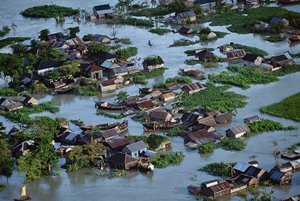 Distance from Dhaka center - 13 km.
This flood became the most destroying and widest for last 100 years. It was caused by the uncontrolled forest exploitation in the Himalayas. For thousands of years there had formed the unique ecosystem that naturally saved Bangladesh’s lower reaches of rivers from the destroying actions of monsoon waters. Soil barriers naturally saved the water, although, when the forest became to exploitation, some barriers were destroyed. Nowadays monsoon rains have plagued the locals and threatened the region every year. … Read further 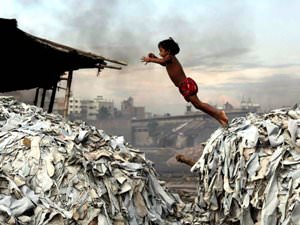 Distance from Dhaka center - 9.6 km.
The increased concentration of chromium in the air and water leads to the development of the chronic diseases of the respiratory system and increases the probability of development of the malignant tumors a thousand times. At present, about 15,000 people work on the farms. Among the workers, there are many women and children who begin work at the age of 11. For the processing of the raw material, the local companies use the solution of hexavalent chromium - the general use of this element has spoiled the ecology of the large industrial city forever. … Read further

Sightseeing in Bangladesh: things to see

Do you want to see a truly glorious and unique architectural landmark? Then don’t forget to visit the city of Dhaka that is home to the Star Mosque (Tara Masjid). Built at the end of the 18th century, the mosque got its name because of the unusual design. The star theme is clearly visible in the outer and inner décor of the building. The design of the Star Mosque features beautiful Chinese ceramics, rare types of marble, and other precious materials. There are thousands of small stars on the cupolas and façade of the mosque. This is definitely one of the most unusual mosques in the world. … Open

Applications for the Christmas market tester job are open until November 28, 2021. This may be a dream job for many as Christmas markets are always very popular in Europe, and visiting them for money is even more appealing. Moreover, this is a wonderful opportunity to forget about the pandemic troubles, travel, and enjoy the holiday mood.

Search touristic sites on the map of Dhaka

Sightseeing in regions nearby Dhaka

Kolkata
Local people enjoy telling various scary legends about Kalighat Kali Temple. According to some of them, there were human sacrifices in this temple in the past. Moreover, some gossips say that Thuggee followers were monks in this temple. They were killing and robbing local people. They did those crimes in attempts to satisfy Kali who was the goddess of death. In fact, Kali as ... Open »
Darjeeling
Tiger Hill has a unique shape that makes it suitable for tourism. Nowadays, there are many trails for trekking in different parts of the mountain. Besides that, tourists can spend many precious moments with their friends and family members in comfortable picnic areas. Finally, there are several viewing platforms that offer breathtaking panoramic views of Darjeeling. It would ... Open »
Bagan
During the period of prosperity of the Pagan Kingdom, almost 4,500 Buddhist stupas, temples, and monasteries appeared in the Bagan plains. Many of them were destroyed, but it is still possible to see more than 3,800 of them. Moreover, some temples are in great condition. No wonder why Bagan is a UNESCO World Heritage Site. Here, tourists can see numerous stupas, the local ... Open »
Mandalay
The Mandalay Palace consists of the main building with a tall gilded spire and several similarly looking wooden buildings on the perimeter. All buildings in the complex feature carved wooden décor, the beauty of which amazes even experienced foreign travelers. There is a museum in the central part of the complex. This museum exhibits the royal throne and bed and provides ... Open »
Lhasa
He ordered to build Potala that had almost one thousand rooms. However, nature damaged the palace – a lightning strike caused a fire that destroyed all wooden parts of the palace. The Potala Palace got its current look in the mid-17th century after extensive restoration. The 5th Dalai Lama, who was the ruler at that time, ordered to restore the building and made it his ... Open »
Bhaktapur
Local people and guests of the city deeply respect the beauty of Durbar Square. This is the reason why you cannot reach it by car or bus. The city’s authorities prohibited any use of vehicles on the square in order to preserve it and not to damage its surface. At the square, you will see multiple temples and palaces. Nge Nyapa Jhya Laaykoo or the Palace of 55 Windows built ... Open »

All about Dhaka, Bangladesh - sightseeings, attractions, touristic spots, architecture, history, culture and cuisine. Prepare your trip together with OrangeSmile.com - find out the 'must see' things in Dhaka, which places to visit, which excursions to take, where the breathtaking views are waiting for you. Planning your trip with this travel guide will help your to get the most out of Dhaka in few days.