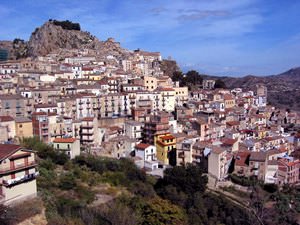 1. To avoid controversy, one should not discuss religious beliefs with Cypriots. People in Cyprus are proud of their faith, be it Islam or Christianity, and religion is a sensitive subject for them. Criticism of beliefs is unacceptable unless a tourist aims to make as many Cypriot enemies as possible. If the interlocutor brings up this subject first, it's better to stay neutral. The same can be said about topics affecting Turkey and the Turkish government.
2. Residents of Cyprus are always very hospitable and friendly, so there is a big chance that new friends will be happy to invite tourists to home. Those invited to the Cypriot house should necessarily bring a treat, usually pastries, as well as a bouquet of flowers, which can be anything other than white lilies. Lilies are used exclusively at funerals, so getting them as a gift will be unpleasant even to a not superstitious person.
3. Receiving a wrapped gift, Cypriots usually do not open it immediately. Do not regard this as disrespect, lack of interest or neglect - these are the rules of etiquette in Cyprus. In turn, a tourist who received a gift from Cypriots should not immediately open it, so as not to seem greedy and impatient.
For active traveler - national parks, landscapes and nature of Cyprus
The beauty of nature of the small island of Cyprus makes the hearts of travelers beat faster. Here they can find waterfalls in the mountains and sandy …
Read further
4. Guests cannot sit at the table until the host invites them. Guests wait for the host to start eating, and only then they begin their meal.
5. If you are invited to somebody's home, you can dress informally but not too showy. Positive comments about the house, garden, furnishings and so on are allowed and welcome, but it's better to refrain from criticism.
6. Getting acquainted with Cypriots, one should shake hands with a smile, without looking away so as not to seem reserved or insincere person. It is important for women to keep in mind that some Muslim men can resolutely refuse to shake their hands.
7. Before leaving, one should say goodbye to each friend separately. Copyright www.orangesmile.com
8. Such clothes and shoes as shorts, swimming trunks, swimsuits, and flip-flops are considered only suitable for the beach in Cyprus. Outside the beach area, one needs to dress more decently, for example, wear regular jeans and a T-shirt, lightweight shoes.
9. It is important to avoid commenting on wives, mothers, sisters, daughters, grandmothers and other female members of the Cypriot family, even if it is a compliment. Cypriots for whom the family circle is in the first place protect women in their families and will in no way tolerate any discussion of their appearance, behavior, skills, and so on.
10. Tourists who decide to visit a mosque should not forget to take off their shoes before entering. Distracting worshipers is unacceptable. It is also forbidden to pass in front of the worshipers.
11. Residents of Cyprus attach great importance to a hierarchy. Age and position in society play an important role, older people should be treated with respect, the same applies to those who are just a step higher in social status. In a mixed group, old people get more attention, presented to others first, served them above all others, and offered the best places.
National traditions and mentality of people in Cyprus
The majority (80%) of the population of Cyprus are Greek Cypriots, most of whom are Orthodox Christians. The other ethnic group of the Republic is the …
Read further
12. When you need to rent a car, be sure to visit the agency personally and choose a car there but not to order it in advance by phone - you will definitely find several cheaper options on site.
13. Cypriots do not like to lose the argument, even if they know that the truth is not on their side. The more people are eyewitnesses to the dispute, the less likely that the interlocutor admits he is wrong. In order to save relationships or simply not to get into trouble, it's better to shunt the conversation on another topic or just finish it and leave.
14. During Ramadan, it is impolite to drink, eat, smoke, and even chew gum in the daytime in public places, because for Muslims it is forbidden. A tourist who ignores this rule will be perceived as a person who does not respect other people's traditions or intentionally tries to offend them.
15. In restaurants, the bill is usually paid by the inviter. However, when a Cypriot is going to pay, a good idea would be to offer to pay the whole bill or just split it. In most cases, the proposal will be rejected, but this gesture of courtesy will not be forgotten.

This collection of travel tips for Cyprus is protected by the copyright law. You can re-use the content, but only under the condition of placement of an active link to www.orangesmile.com.
Cyprus guide chapters 1 2 3 4 5 6 7 8 9 10 11 12

Advices for popular cities of Cyprus

Paphos
1. Street call boxes offer optimum rates for inter city and international calls. The boxes accept special plastic cards. The cards can be bought in any post office or at news stalls and super markets. In case one fails to find any call box in the street, there is a chance to call from any store. However a cost of a call will be significantly higher. 2. The optimum way to pay for goods and services is national currency which should better be changed prior to a journey. A foreign currency may be … Read more

Ayia Napa
1. The best time to visit the resort is in summer. There are several national holidays and festivals during this time of a year. 2. Many parts of the city, the center in particular, are pedestrian zones. Rather than renting a car, we suggest renting a bicycle – this is the most common form of transport. 3. Tips are already included in the total amount of the bill in most large restaurants. As a rule, the amount of tips is no more than 10%. 4. Lunch breaks are quite long in vast … Read more

Limassol
1. In Limassol public transport is represented by the bus network. Buses can travel not only around the resort, but also to neighboring towns. There are several routes to Nicosia, Larnaca and Kurion, so it would be very convenient to travel around the island. 2. Not all landmarks can be reached by public transport, in this case it’s worth to take a taxi. This type of transport is also very popular and isn’t expensive. So, a trip within city will cost travelers about 10-20 euros, depending … Read more

Larnaca
1. The main mean of public transport is a bus. As a rule, all bus stops are located next to major hotel complexes; almost any bus route can bring you to the city center. Buses can also travel to nearby cities and suburban areas. 2. Travelers who expect to devote their holidays to beach entertainment are recommended to visit the island during the period from May to September. Those who expect to spend a lot of time in pedestrian walks and excursions are advised to go to the resort in winter. At … Read more

Nicosia
1. Tour-goers should take into account that part of Nicosia has been governed by Turkey for many years. The two parts of the city are separated by a wall. The border between them is guarded, but this is not an obstacle for tourists. 2. Summer is not the best time for fans of outdoor activities and active tours. At this time of the year, the air temperature in the shade often exceeds +40 °C, which is uncomfortable for walking. 3. Many interesting attractions can be found in the immediate … Read more

Famagusta
1.The main form of public transport is a bus. Anyway, the bus service in the city is irregular. Hikers will enjoy exploring the city on foot. Those planning to visit neighboring areas are recommended to rent a car. 2. Taxi is an alternative to public transport; you could use its services at any time of the day. The fare has to be negotiated in advance; the most expensive taxi service is offered near the hotel. 3. There are hotels of different price categories in the resort. In the city … Read more