Fun and festivities in Cyprus - celebrations, festivals and cultural events 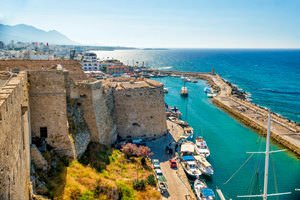 Many public holidays in Cyprus are religious, connected with the two dominant religions of the Republic: with Orthodox Christianity among Cypriot Greeks and Islam in Northern Cyprus. New Year's holidays are celebrated by both the Greek and Turkish population of the island. On November 15, northerners celebrate the proclamation of the Turkish Republic of Northern Cyprus, then, on July 20, it is the Day of Peace and Freedom, during which military parades are held. Many Turkish Cypriots also keep a fast in Ramadan, but fasting is not strict or obligatory since religion is separated from the state.
National cuisine of Cyprus - specialties, recipes and restaurants
The Republic of Cyprus, attracting tourists with its clean beach sand and warm climate is famous for its cuisine, which has mixed and improved the …
Read further
On the evening of December 24, Cypriots begin celebrating Christmas Eve. By this time, Christmas trees are already dressed up (many Cypriots dress them at the very beginning of December), and Saint Basil put sweets in hanging socks for children. From the beginning of December, the whole country glows with festive lights. Families gather for one of the main feasts of the year. This is the time of Christmas carols, visiting churches, delicious food, and waiting for miracles. On the table of every family, there is a special beautifully decorated Christmas cake with nuts and dried fruit coated with sugar icing.
On the night from December 31 to January 1, Cypriots celebrate the New Year. During this time, people drink a lot of strong drinks, and no celebration is complete without a cake with a coin inside. The one who gets it after cutting the cake will be followed by good fortune in the next year. Celebrants watch New Year's TV shows, make wishes when the clock strikes twelve, and from midnight start launching fireworks to mark the coming year. Many go out to celebrate in the streets when night bars and clubs are overcrowded. Copyright www.orangesmile.com
National traditions and mentality of people in Cyprus
The majority (80%) of the population of Cyprus are Greek Cypriots, most of whom are Orthodox Christians. The other ethnic group of the Republic is the …
Read further
In Cyprus, Epiphany is celebrated on January 6. According to legend, the expulsion of evil spirits happens on this day. Cypriots bake and eat honey donuts, as well as throw them on the roofs of their houses in order to appease the evil spirits. This ritual is accompanied by asking to eat the treat and disappear. Some celebrants jump into the cold sea water for a cross thrown there by a priest. Lent begins on Clean Monday also known as Green Monday. It is customarily celebrated outdoors, in the fresh air. Celebrants traditionally eat any food except eggs, meat and dairy products; many people fly kites. 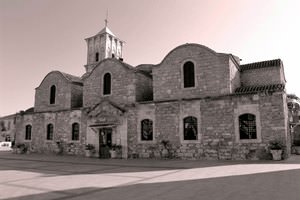 Military parades are held in Cyprus on March 25. This is how Greek Independence Day is marked, which serves as a reminder of the beginning of the 1821 Greek war of independence. On April 1, Cyprus National Day is celebrated in memory of the revolt against the British rule on the island. On this holiday, it is customary to attend churches and have a rest. Good Friday is celebrated two days before Easter Sunday, the next day is Holy Saturday. Greeks love Easter holidays and Easter itself for the beautiful weather and blooming flowers. On Easter days, Cypriots go to churches, bake cakes, and paint chicken eggs.
Cyprus cultural sights. What to see?
Magnificent Cyprus opens its arms to all wishing to discover this region rich in antiquities. Castles, churches, monasteries, archaeological sites, …
Read further
On May 1, Cypriots, like many other nations of the world, celebrate Labor Day recalling the important role of a simple worker in society. The Assumption of the Virgin is celebrated on August 15. Services are held, believers pray to the Virgin Mary in all churches and temples. One of the most important holidays in the country, Cyprus Independence Day, falls on October 1. A military parade is held in the capital in honor of gaining independence from the United Kingdom in 1960. The President lays a wreath at the monument to the first President of Cyprus Makarios III. 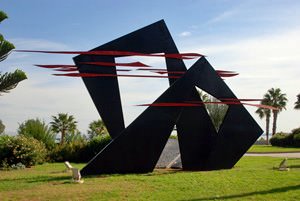 Music festivals are mainly held from the beginning of summer to September. In July, "Power of the Night" heavy metal festival gathers local metal performers and their fans in one place. Every August, Balkan music and jazz are celebrated at "Windcraft Music Fest" in the capital, where ethnic cultures of different nations and American jazz motifs blend together. In July, three-day “Loud Music Festival” takes place in Limassol, where electronic music and rhythm and blues musicians perform. In August, Fengaros Festival in Larnaca attracts performers from all over the world, mainly indie bands. Reggae fans should not ignore Paphos Reggae Sunjam in early August.

This article about national fests and celebrations of Cyprus is protected by the copyright law. You can re-use the content, but only under the condition of placement of an active link to www.orangesmile.com.
Cyprus guide chapters 1 2 3 4 5 6 7 8 9 10 11 12

Attractions and entertainment in top cities of Cyprus

Paphos
Apart from a high class golf course and an excellent rental center of golf equipment the complex offers an upscale restaurant and a bar treating the guests with the most satisfying choice of dishes and drinks. The same popular is the Minthis Hills golf club. It takes a vast territory and will be a perfect place for a family visit. The most buzzing and attractive beach of the resort is the Paphos Municipial offering the clearest water and stunning beach entertaining facilities. The beach is … Read more

Limassol
Those who long dreamed of scuba diving are recommended to visit the Dive In center. Experienced coaches teach classes for beginners; just in a couple of days you would learn the basics of scuba diving. Skilled divers will be able to rent all the necessary equipment, as well as book a trip to the most beautiful places to dive. Bowling fans would like the Center Space Bowling located in the heart of the resort in close proximity to popular beaches. This is a large-scale complex with modern … Read more

Larnaca
The Camel-park suits well for a family vacation. This is a large-scale entertainment center, which includes a real camel farm, a huge number of playgrounds and attractions for kids of all ages, a swimming pool, a cozy restaurant and a huge Bedouin tent, which can accommodate up to 50 people simultaneously. At the heart of the entertainment complex a beautiful model of Noah's Ark is located. There is an extensive yard around it. Here you can see a variety of animals: donkeys, a duck with young … Read more

Nicosia
Petrides Farm Park is extremely popular with families. Everyone is invited to get acquainted with the peculiarities of farm life. The park covers a vast territory, a large part of which is occupied by a real farm. Here they breed chickens, goats, and pigs. Ostriches and ponies are considered the most unusual inhabitants of the farm. Everyone can pet friendly animals and feed them, and young visitors to the park will have the opportunity to ride a pony or a donkey. Besides the farm, the park … Read more

Famagusta
A wide variety of shopping pavilions are situated outside of Salamis Road, where you can buy great clothes, household utensils and interesting gifts. In addition to interesting shops, there are popular nightlife places on Salamis Road. During the day, they work as usual cafes and bars, and in the evening they are ready to offer visitors an interesting entertainment program. For souvenirs travelers prefer to go to the area of ​​the Old Town, as cute souvenir shops can be found there at … Read more

Map of fun in Cyprus