Cultural sightseeing in Cyprus. What to visit - museums, temples, castles and palaces 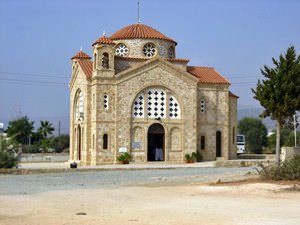 Magnificent Cyprus opens its arms to all wishing to discover this region rich in antiquities. Castles, churches, monasteries, archaeological sites, and museums are sure to captivate curious tourists. Even one short vacation wouldn't be enough to explore all historical sites, but some of them must be visited by everyone. In the southern part of Xylofagou village stands a round 16th-century tower of the same name. Archaeologists discovered it in the middle of the 19th century. It is found that in the Middle Ages the tower served as an observation post. Today, those approaching its foot can enjoy a spectacular view of the sea and surroundings.
National cuisine of Cyprus - specialties, recipes and restaurants
The Republic of Cyprus, attracting tourists with its clean beach sand and warm climate is famous for its cuisine, which has mixed and improved the …
Read further
The famous Paphos Castle built in the 13th century is connected to the harbor by an arched bridge thrown across the moat. Tourists like take pictures against the backdrop of this small two-story building, which has managed to try on different roles throughout its long history: a prison, a fortress, and a warehouse, and nowadays art exhibitions are often held in the castle. Its age-mate, Kolossi Castle in southern Cyprus, was built for military purposes. The building majestically rises to a height of 21 meters, and next to it there is a 14th-century sugar mill lying in the ruins.
Agios Ioannis Lampadistis Church is located in the mountains near Kalopanayiotis Village. Built by Byzantines in the 11th century, it still inspires awe with its austere architecture and magnificent interior. The building itself, along with frescoes and amazingly beautiful icons, is well-preserved thanks to the restoration. From the beginning of the 19th century, the monastery was used as a church. In a museum next to the monastery, you can see ancient icons where small icons and candles can be bought in a shop. In Pedoulas, among the green hills, there is a small building of the Orthodox Archangelos Michael Church with restored frescoes, and next to it is a museum keeping icons from the 12th-19th centuries. Copyright www.orangesmile.com
National traditions and mentality of people in Cyprus
The majority (80%) of the population of Cyprus are Greek Cypriots, most of whom are Orthodox Christians. The other ethnic group of the Republic is the …
Read further
While in Nicosia, one should never ignore the Catholic Church of the Holy Cross. Beautiful life-size figures of saints at the altar, large candelabra, and delightful frescoes will make a strong impression on both believers and non-religious visitors. Its building was erected in the early 20th century on the site of a 17th-century church. Agia Napa is an Orthodox Cathedral in Limassol built in the early 20th century on the site of an 18th-century church. The cathedral with a high ceiling is full of wonderful, masterfully created icons and frescoes that boggle the mind. 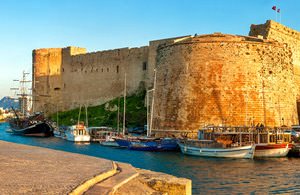 Cyprus has many historical and ethnographic museums reflecting the rich history of the island and the Republic of Cyprus. The Ethnographic Museum of Paphos is interesting because once it served as a house of the outstanding 20th-century archaeologist George Eliades. Today, his family members give a warm welcome to visitors and are willing to tell about each exhibit. The museum stores objects belonging to different eras: amphoras, traditional costumes, ceramics, furniture, tools, and much more. The museum is open from 10:00 am to 5:00 pm on weekdays and Saturdays, and from 11:00 am to 1:00 pm on Sundays.
Things to do in Cyprus - active leisure
The fresh air of the hot island of Cyprus energizes and gives the desire to get as many positive emotions as possible, enjoying active recreation …
Read further
In the picturesque village of Pano Lefkara, you can find the Folk Art Museum. Its small two-story building of the 19th century with a garden once was the home of a well-respected family in the village. At the end of the 80's of the last century, the restored house became a repository of a gorgeous Lefkara lace collection. Exhibits also include antique furniture, jewelry, silverware, traditional clothes. The atmosphere of Cypriot rural life in the 19th-century is perfectly preserved here. The museum is open from 8:30 am to 4:00 pm in winter and from 9:30 am to 5:00 pm in summer.

The Cyprus Classic Motorcycle Museum in Nicosia contains a small but interesting collection of British, American, and Italian motorcycles from the early 20th century to the 80's. The museum presenting exhibits from its owner's private collection must be visited by every biker. The collection also has old photos and movies. Here you can find a cafe and a souvenir shop. Those wishing to get acquainted with the art of local residents should go to Petreon Sculpture Park in Mazotos, which is a large garden full of amazing and unusual sculptures. All figures, many of which reach three meters in height, were created by a sculptor who lived here with his wife until his death.

This article about cultural sites of Cyprus is protected by the copyright law. You can re-use the content, but only under the condition of placement of an active link to www.orangesmile.com.
Cyprus guide chapters 1 2 3 4 5 6 7 8 9 10 11 12

Among the abandoned cities of the world there are many large resorts. Cypriot town of Varosha is among them. Just a few decades ago it was one of the most popular and prosperous resorts on the island. Everything changed in 1974 when the city turned to be occupied by the Turkish army. Local residents were forced from their homes and the resort was strictly forbidden to the visitors. Varosha has been standing empty since then and is being gradually destroyed.

Brave tourists who manage to enter the territory of the closed city have an opportunity to observe old hotels, restaurants and entertainment venues, which the resort was famous for. Many homes and offices have been looted, a terrible mess reigns in homes – all valuables have long been taken away. In 1974 the city's population … Read all

The main mystical attraction of Cyprus is the abandoned Berengaria Hotel. Its opening has taken place over 80 years ago. The luxury hotel has been focused on the wealthiest tourists and has brought considerable income to the owner. After the founder's death, his business was inherited by three sons, but they have failed to establish the work. They often quarreled and became hostages to their own greed, so once brothers turned into bitter enemies. Soon all three died under mysterious circumstances, and the once luxurious hotel was abandoned.

Staff out of there was taken by locals, which became the first witnesses of unexplained phenomena occurring at the hotel. Many of them believe that spirits of dead brothers live in the walls of the hotel even these days. By nightfall, you can see … Read all
All unique sightseeing Cyprus

Famous sites of culture and history of Cyprus in photoset

Culture and monuments in popular cities of Cyprus

Paphos
Earlier on there was a scale castle on this place which protected the city for more than five hundred years. The construction of columns was held in the 13th century. Even though the architectural complex is almost ruined, this significant historical spot attracts curious tourists all over the world. A genuinely unique construction is the ancient Odeon theater which was used as a place for holding significant public events as far back as two thousand years ago. According to researchers the … Read more

Ayia Napa
I you want to get acquainted with the history of the city, an excursion to the local museum will be the best decision. A large of the museum’s exhibition is devoted to a huge collection of prehistoric weapons, which have been found by archaeologists in the vicinity of Ayia Napa. Some artifacts among the tools present there belong to the Bronze Age. Travelers from all over the world come to this museum to see the priceless artifacts exhibited in the museum. There are many other interesting … Read more

Limassol
No less interesting is the Archaeological Museum located a few steps from the city park. It hosts a collection of artifacts that were found in suburban areas of Limassol. Scientists continue to work in such important archaeological regions as Amathus and Kourion, so the museum's collection is regularly updated with new exhibits. Among religious sites, Church of St. Catherine is worth mentioning. This is one of the few Catholic places of worship on the island. The church was built in best … Read more

Larnaca
In 1970, the beautiful legend has been confirmed, as an ancient sarcophagus was discovered on the grounds of temple. Relics sized from it were solemnly transferred to a church; thousands of worshipping pilgrims arrive there nowadays. An interesting monument is the Panagia Angeloktisti Church dating back the Byzantine era. The main decoration of this religious object is a mosaic mural depicting the Holy Virgin. It was transferred to the church immediately after its discovery. Mural dates back to … Read more

Nicosia
Some Muslim shrines have been preserved since the time of Turkish rule in the city, and a great example is Haydarpasha Mosque. Its history dates back to the 14th century when the old building was occupied by a Christian cathedral. In 1571, it was converted into a mosque. During this period, the building got a high minaret, which remains one of the city's highest structures to this day. Over the past hundred years, the mosque has lost its religious significance but was never demolished. At the … Read more

Famagusta
In the Middle Ages, the cathedral was converted into a mosque by Turkish invaders; it has received its current name relatively recently, in 1954. At the entrance to the cathedral there is the most important natural landmark, an ancient fig tree. It’s supposed that it was planted during the construction. The must see sight is the St. Barnabas Monastery. Since the late Middle Ages, it remains one of the most revered holy sites on the island. During the long history, the building has … Read more