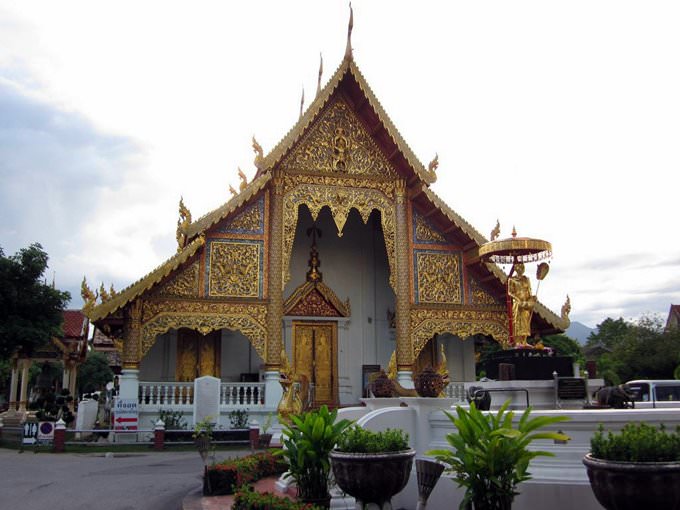 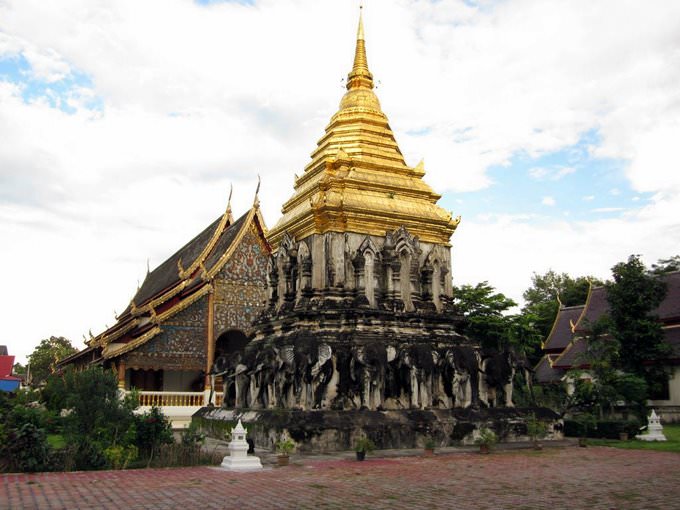 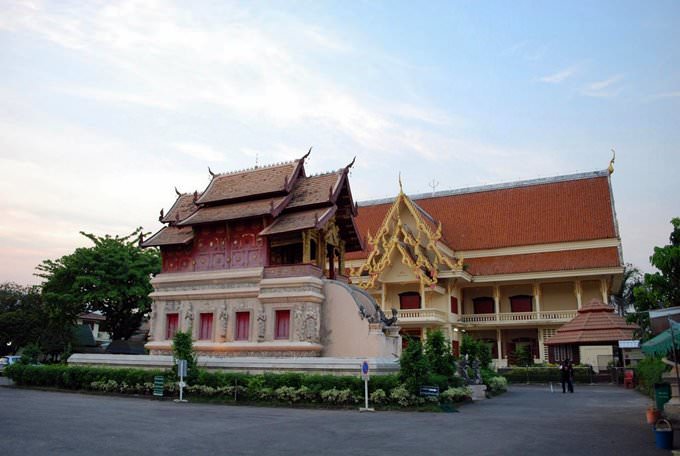 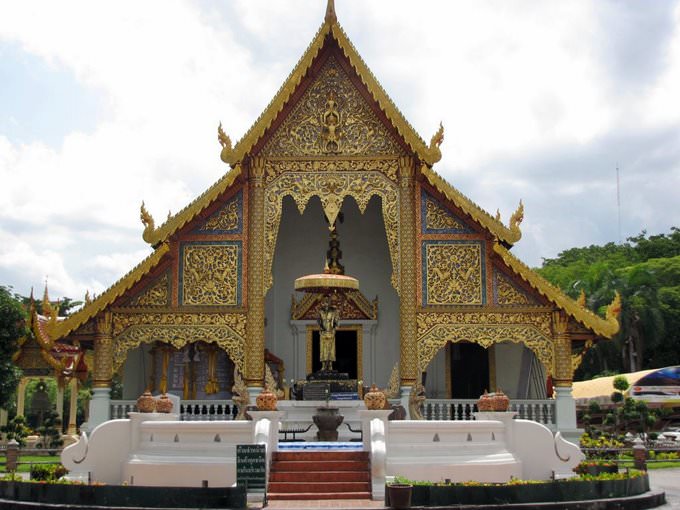 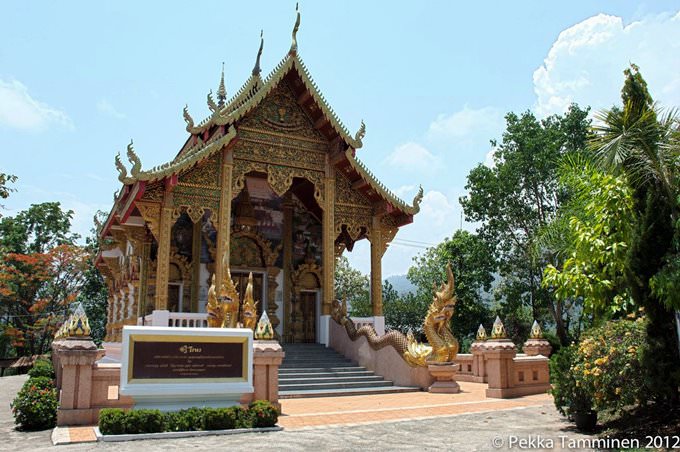 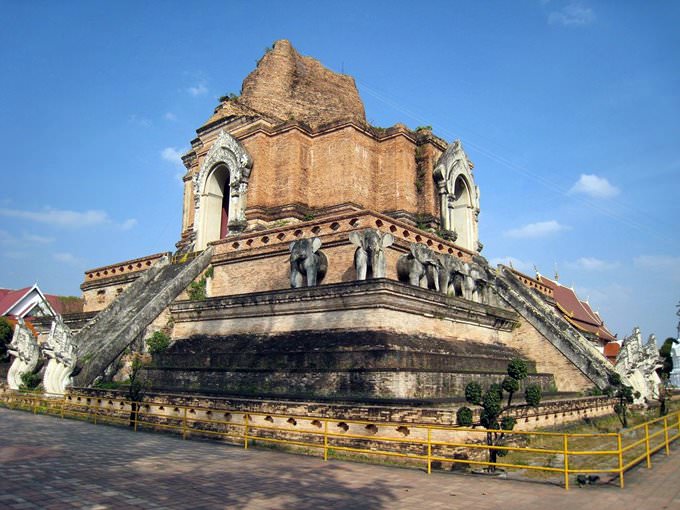 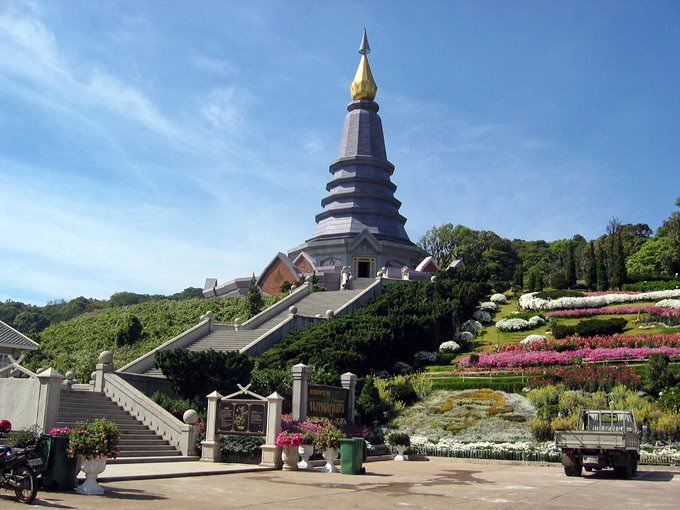 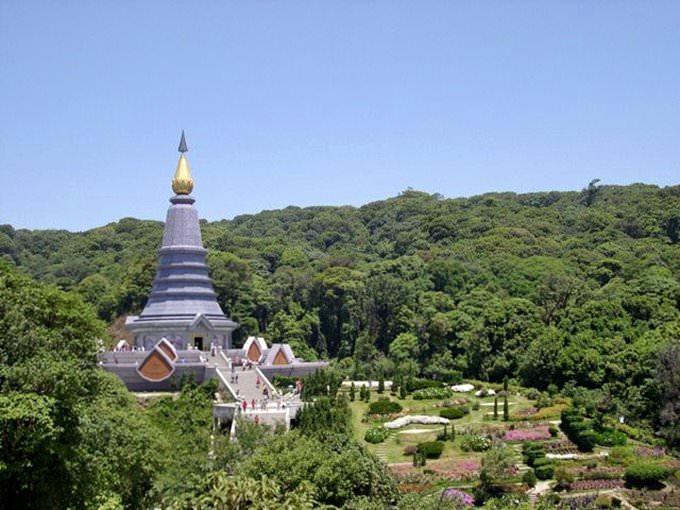 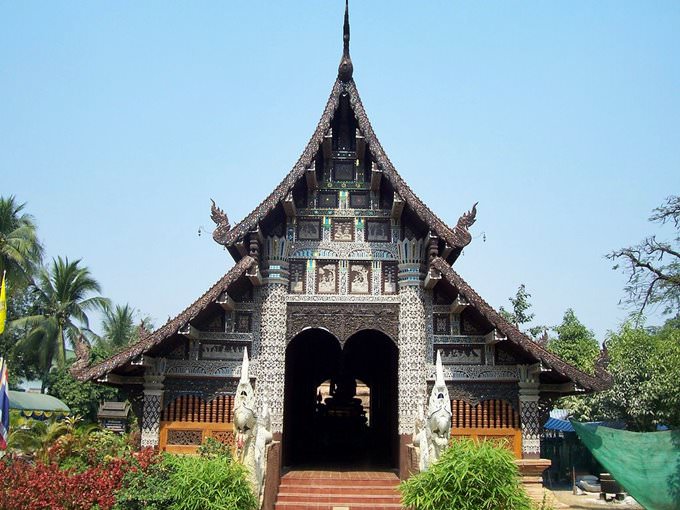 Chapters of the guide to Chiang Mai

Foodies will love the French restaurant Le Coq d'Or. In addition to specialty treats, visitors would be offered a rich selection of fine wines and upscale cognac; drinks are delivered from different regions of France. Despite the fact that the Le Coq d'Or restaurant belongs to elite places, there is always a very pleasant and homelike atmosphere in it. One of the main distinguishing features of the Farang Ses … Open

Traditions and mentality of Chiang Mai

During the festival, local people conduct a lot of interesting rituals; one of the most interesting is related to the launching of small boats resembling lotus flowers. Today, miniature boats are made of dough, whereas many years ago, local residents have made ​​them out of banana leaves. Some coins, sweets and fruits, as well as a small lighted candle are put in the boat; then people gently pull it into the … Open

The Chedi Luang Temple has a very interesting history. It was founded in 1454. Initially, the stupa was 86 m high. Unfortunately, the temple hasn’t been preserved in its original form. In the middle of the 16th century, the temple was damaged by the earthquake, which reduced the height of the stupa to one third. It was restored completely only in 1992. Today, the temple is the highest construction in the … Open

4. It's worth noting that isn’t possible to pay with a credit card in all local stores and restaurants. Going to the market, it’s better to take more notes and coins of small denomination, so it would be easier to pay off. 5. Foreign visitors should be aware that all images of Buddha are considered sacred. For the desecration of a religious symbol severe punishment of imprisonment is provided; you can … Open

In 2006, an ultra-modern entertainment center has opened in Chiang Mai; it offers tourists to enjoy the spectacular laser show. The entertainment center will also be a great place for families with children, as the event held here is very informative and impressive. Mae Sa Valley is a large-scale open air center. On its territory there is the delightful botanical garden, plenty of sports facilities, specially … Open

Among natural attractions Chiang Dao caves are interesting; many beautiful legends are associated with them. According to one, a hermit has lived in a cave for many years; he has created incredible miracles. Near caves there is another temple, Wat Chiang Dao. In order to get to its pagoda, it is necessary to overcome 500 steps. Most of the major attractions are located in the Old Town; you can walk there for hours … Open

Search touristic sights on the map of Chiang Mai

Photogalleries of neighbours of Chiang Mai