Sightseeing in Batumi - what to see. Complete travel guide 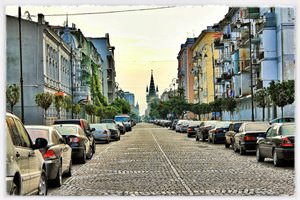 Sunny Batumi, the capital of Adjara, is located on the coast of the Black Sea. This is one of the most beautiful corners of Georgia, which has attracted tourists for many years. Here is a stylish subtropical flora with a lot of magnolias, bay laurel, exquisite cypress, palms and other plants, which for many are exotic. In addition, it is a fairly large-scale city and one of the largest seaports in Georgia. Both locals and numerous tourists are very fond of watching the departure of ships from the embankment, which the townspeople call the "Seaside Park-Boulevard".
Advices to travellers: what you should know while being in Batumi
1. On the streets of Batumi you cannot kiss. Doing this attracts a fine in the size of 50 GEL. The manifestation of feelings in people here is considered a sign of bad manners. 2. …

Open
This part of Batumi is always alive; it seems to be encircling the city with a two-kilometer tape. It is here that the city’s symbol - a dolphin with a palm branch is located. It is dolphins that are the pride of Batumi, because you can see them at the seaside at any time of the year. The beaches here are stony and perfectly suited for those who do not like sand. Residential areas are located near the beaches. They are very attractive, because they are painted in all colors of the rainbow. It is a long tradition of the city - to paint every house in its own color.
The old city is also beautiful and unique; it has remained unchanged for about 150 years. It is very easy to feel the spirit of the past centuries. On each street you can find cozy cafes, where an amazing coffee is prepared, the fragrance of which is imbued with the whole Old Town. In the historical area there are many handicraft shops with products made by hand, tourists enjoy incredible popularity. Here is the main part of historical sites and outstanding architectural masterpieces. Copyright www.orangesmile.com
Cuisine of Batumi for gourmet with top restaurants and cafe
Georgian cuisines are very authentic and original, in Batumi it is represented in full variety. A common misconception is that the basis of the Georgian cuisine is meat. In fact, this is not …

Open
In Batumi surprisingly, two almost opposite architectural styles are combined: Asian and European. There are especially beautiful buildings of the colonial era, whose illumination in the evening looks even more spectacular than at the height of a sunny day. The history of the city dates back to the times of Ancient Greece, when this place was called Kolkhida, and Batumi itself was called Batus. For a long time the city was owned by the Romans, but in the fifth century it became a Georgian territory. Up until the conquest of Turkey, the city was ruled by Ajarian or Abkhazian princes. After the defeat in the Russian-Turkish war, Istanbul had to give these territories to the authority of the Russian Empire. Being a part of the Russian Empire, the city was of great industrial and commercial importance, and the resort here arose much later. 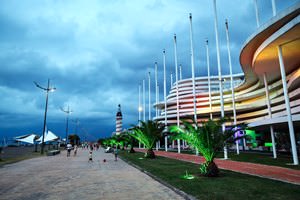 In the surroundings of Batumi, there are several unique archeological districts. In one of them, you can see the ruins of the old fortress Gonio Apsaros. The fortress occupied quite a vast territory of 4.5 hectares. All its preserved fragments are very interesting from the historical point of view. The visitors of attractions have an opportunity to see the fragments of supportive walls and several preserved towers of the fortress. It was not a coincidence that this district attracted an attention of archeologists once. They found here the fragments of constructions of the 3rd-5th centuries.
Excursion over cultural sights of Batumi - 'must visit' points of interest
Batumi is rich in unique sights, which will impress even experienced travelers. Those who do not imagine rest without walks in the picturesque places, will surely like the two-kilometer …

Open
Among nature attractions, the Makhuntseti Waterfall is worth being mentioned. It is located in the immediate surroundings of the city. The waterfall is hidden in incredibly beautiful mountain landscapes. The trip to it will be an unforgettable adventure. This waterfall is also interesting due to fact that you can even swim here in summer. It is believed that its water has healing properties. 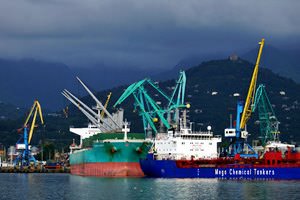 The Batumi Botanical Garden is also a place that is famous beyond the city. Its foundation is associated with Andrey Krasnov, a famous Russian scientist. Exactly he was an initiator of its opening in 1880. It started welcoming guests much later, in 1912. Today, the garden occupies over 110 hectares. On its territory, over 5 000 plant species grow. Some of them are rare cacti, palms, Japanese cherry tree, and eucalypti. In the garden, there are several themed squares dedicated to the fauna of different countries.
Your active city break in Batumi. Attractions, recreation and entertainment - best places to spend your day and night here
Batumi is a magnificent resort town, literally created for a comfortable stay. In addition to sightseeing, the guests of the resort have a lot of opportunities for an interesting …

Open
In the unique stone building, there is the Adjara Archeological Museum opened over a hundred years ago. Now, it is one of the extraordinary museums in the region. It houses precious exhibits of the Stone Age. They were found in the immediate surroundings of the city. The main value of the museum collection is the pieces of ancient coins and jewels. In the museum, there is an interesting shop that attracts many tourists with its unusual souvenirs. Here, you can buy exact copies of archeological exhibits presented in the museum. The copies of old jewels of precious metals are especially popular with visitors.

This guide to iconic landmarks and sights of Batumi is protected by the copyright law. You can re-publish this content with mandatory attribution: direct and active hyperlink to www.orangesmile.com.
Batumi - guide chapters 1 2 3 4 5

City tours, excursions and tickets in Batumi and surroundings

Sights around Batumi from our guide 'Extreme places on Earth' 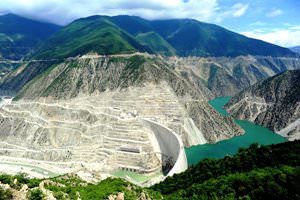 Distance from Batumi center - 55.6 km.
Many tourists visiting this area leave the car in the Vorgebirgsbezirken and walk through the surroundings on foot. At present, Deriner Betonbogendamm is the highest dam in Turkey. One can hardly imagine that it is only a part of the unified huge project, according to which 17 existing power plants on the Soruh river will be built in a few years. … Read further

Travellers, who like mountain rest, will enjoy their visit to the Caucasus Mountains and beautiful Mount Kazbeg (5,030m). The most famous destinations of the region are Kazbegi town, Gudauri (a popular ski resort) and the beautiful Khada Valley. Hospitality is traditional in Georgia, so travelers will feel very welcome. Tsminda Sameba is considered a true gem of Kazbegi. This ancient Georgian church is built on a hilltop, from which one can see stunning views of the mountains and the valley. … Open

Search touristic sites on the map of Batumi

Sightseeing in regions nearby Batumi

Kutaisi
Kutaisi has an airport that serves flights from many countries of the world. However, when planning a vacation in Kutaisi, tourists need to keep in mind that the number of flights to Kutaisi is not big. It is easier to reach Tbilisi first. After that, continue your journey on a train to Kutaisi. The journey time is roughly six hours. Besides trains, there are buses to ... Open »
Trabzon
Altyndere National Park is located approximately within a half-hour drive from the city’s downtown. This is a perfect place for walking and camping. It is worth mentioning that hunting is prohibited in the reserve. This park is also the location of one of the oldest religious sites – Sumela Monastery. The monks, who live in the monastery, are always ready to greet guests ... Open »
Gyumri
After a long day full of adventures in Gyumri, it is particularly pleasant to walk in the central park. This is a comfortable recreation area with many various amusements. The park remains a cool place even on hot days because of tall and old trees. The green Armenian “oasis” was founded in the 20s of the previous century. An interesting fact – there was a cemetery on ... Open »
Adler
At the beginning of the 6th century AD, 1300 years ago, the first Greek colonies were formed on the coast. One of the books, dating back to the beginning of the last century, which describes in more detail the Black Sea coast of the Caucasus, was written by a traveler-geographer, the legendary Swiss Dubois de Montpar. In this book the first name of the city in the local ... Open »
Khosta
The other important distinctive feature of the resort is unique weather conditions that had a great impact on unique flora. Walking along city parks and squares will bring you a lot of positive emotions, as you can see here a lot of exotic plants and flowers. In Hosta, there is a cork oak plantation. Contrary to the skeptics’ opinion, this tree has adapted well to the city. ... Open »
Krasnaya Polyana
The first tourist camp was opened here in the Soviet period, in 1924. It was called Mountain Air. Since that time, Krasnaya Polyana has become one of the centers of the ski tourism. Now, the most expensive road in the world stretching from Krasnaya Polyana to Adler is being built. One kilometer costs the Russian Government 140 million dollars. The sea is only 40 km from ... Open »

All about Batumi, Georgia - sightseeings, attractions, touristic spots, architecture, history, culture and cuisine. Prepare your trip together with OrangeSmile.com - find out the 'must see' things in Batumi, which places to visit, which excursions to take, where the breathtaking views are waiting for you. Planning your trip with this travel guide will help your to get the most out of Batumi in few days.