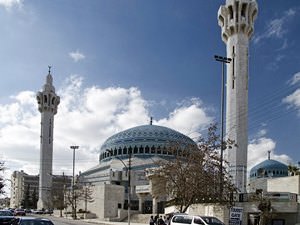 Start your observation of the city's attractions from visiting the ancient Citadel, which is located on one of the highest hills of the city. Here you will find the surviving exquisite Byzantine churches, and Umayyad Palace that never ceases to amaze travelers with its fairy-tale beauty. The facade of the palace is decorated with skillful carving, and the interior of its spacious halls and corridors strikes with luxury. At the foot of the hill is located another sight of antiquity - the Roman amphitheater. The amphitheater is preserved in such a great condition till our days that musicians and artists keep using it for its primal purpose. The venue often becomes the location of concerts and festivals, as well as other cultural events.
Your active city break in Amman. Attractions, recreation and entertainment - best places to spend your day and night here
Amman never ceases to attract fans of outdoor rest. The Jordan Valley remains the best destination for eco-tourists. Here vacationers can walk through picturesque landscapes, get acquainted …

Open
Archaeological excavations never stop in the territory of Amman. You can see the precious findings and discoveries of scientists in Archaeological Museum. There is Jordanian Folklore Museum just next to the amphitheater. The beautiful mansion exhibits an interesting collection of national costumes, household utensils, musical instruments and crafts. The interior of the building is decorated in strict following of all the traditions of past centuries. Jordanian Museum of Popular Traditions is just a few steps away. The main exhibits of the museum are priceless jewelry and costumes, the age of many of which is more than one hundred years.
If the abovementioned Roman amphitheater can accommodate up to six thousand visitors, the Odeon is designed for 600 visitors only. This amphitheater is in perfect condition and remains a constant venue for music concerts. Art lovers will be interested in visiting Gallery of Fine Arts. In numerous halls of the gallery you will find rich collections of ceramics, paintings and sculptures. The majority of the exhibits presented here are the works of contemporary artists of Jordan and the neighboring Muslim countries. Young curious travellers will be more interested in visiting Children’s Museum. Here little visitors can attend interesting excursions and lectures. By the way, all exhibits present in the museum can be not only seen by children, but also touched. Copyright www.orangesmile.com
Advices to travellers: what you should know while being in Amman
1. The locals are very hospitable and are always eager to help visitors. When communicating with the locals, travellers should definitely follow all the rules of the local etiquette. …

Open
The memorial of the martyrs located near Military Museum is an important object of excursions. The memorial was opened in the memory of the victims who had been killed during the uprising of 1916. In the museum visitors can learn about all the important historical events that the country has had to endure over the last hundred years. University of Jordan is simply impossible to ignore. Its territory is also home to several interesting museums. One of them is devoted to biological discoveries, and the other one is about medicine. There are also Folklore Museum and Museum of Archaeology. 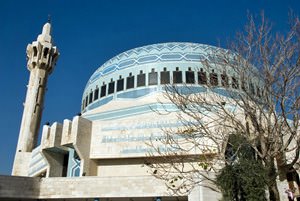 The Royal Automobile Museum is an equally interesting one, which features a collection of King Hussein’s cars. This place is very popular among lovers of retro cars of 1950-1960th. The cars are not the only reason they love this place. It is the atmosphere reigning here, which makes you believe that you went back in time, and it is rather difficult to doubt it. There is also a museum here called the Children’s Museum, where young citizens learn to interact with the outside world through interactive exhibits. Kids also get to try themselves in different professions, which captivate them and teach them to understand other people.
Extraordinary weekend in Amman - unusual places, services and attractions for travel gourmet
…

Open
The sacred sights in Amman also attract particular attention as they are built in the form of palaces. Abu Darwish Mosque is worth anyone’s attention. It is very peculiar, and has long been referred to by the common people simply as “the black and white mosque”. Such a landmark simply cannot be missed because it stands out from the rest. The time of construction of this mosque is attributed to 1961. However, the only nuance you should be aware of is that it is open only to Muslims, while people of other religious faiths can enjoy only the exterior view. 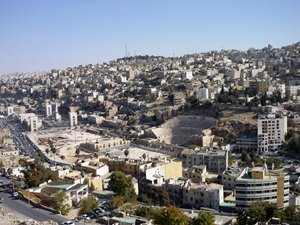 Another mosque majestically towering over the city bears the name of King Hussein bin Talal. It can definitely be mistaken for a palace. The place of worship is as good on the outside as it is on the inside, and it looks beautiful both at night and during the daytime. You can discover an absolutely amazing place if you walk along Ahl al Kahf street and stumble upon a cave with the same name. If translated, it means “The Cave of the Seven Sleepers”. The cave is located on the territory of the mosque, and it will be interesting to know that you do not need to pay any money to visit it. The seven sleepers are considered the patrons of the navigators. A very fascinating story is connected with the cave, and any local will gladly tell it to you to the smallest details. You just need to carefully listen and delve into it, and then of course, go down to the cave to enjoy the extraordinary atmosphere.
Amman design-hotels for stylish travellers
A choice of design hotels in Amman is simply gorgeous, so there would be options for both affluent and budget-conscious travelers. One of the most stylish among the luxury hotels is Grand …

Open
The magnificent castle Qasr al-Abd (meaning “Castle of the Slave”) is interesting from an architectural point of view and attracts attention with its romantic history which you should definitely hear. It is believed that the palace was built from the largest blocks that were used in the Middle East. Lions and eagles, located on the upper part of the palace, immediately draws attention to themselves – thus, the palace cannot be confused with any other. Another interesting palace is the beautifully preserved monuments of early Islam. This is about Qasr Al-Kharanah. The building was constructed in the 8th century, and was considered to be a caravanserai or a place of rest for merchants.

In the section below, you can get one of our excursion, activities or city discovery tours over Amman and surroundings. Our website offers 10-30% lower ticket prices, when compared to the offline purchase on the spot.

This guide to cultural sights Amman is protected by the copyright law. You can re-publish this content with mandatory attribution: direct and active hyperlink to www.orangesmile.com.
Amman - guide chapters 1 2 3 4 5 6 7 8 9 10 11 12 13
Reference information
Map of all art museums

Naturally, the majority of landmarks in Jordan are located in Amman or neighboring areas. Amman Citadel is one of the key landmarks in the city. It is a historic site that was the location of the ancient city of Philadelphia. The Citadel is a fantastic place to see antique history come alive and learn more about the life of people in the Roman Empire period and before Christianity. Even tourists, who are not interested in ruins and antiquity, find the Citadel stunning and breath-taking. … Open

Photogallery of cultural heritage of Amman

Excursions over cultural sights of neighbours of Amman

Jerusalem
Holy Sepulcher Temple is a no less important religious shrine. In fact, this is a complex of six different churches, each of which reflects different traditions in Christianity. Each chapel of the church has its own unique religious artifacts. However, visitors will not find rich decoration or jewelry in the temple. This place attracts pilgrims not by decoration or great ... Open »
Al-Karak
Castle Square is one of the best destinations for a leisure stroll. An ensemble of attractive buildings, the majority of which date back to the 19th century, surrounds this popular square. These are wonderful examples of traditional Ottoman architecture. The city administration, as well as other establishments, is located here. Al-Karak has several important religious ... Open »
Nazareth
The main attractions of Nazareth are religious shrines, among which a special place is occupied by the Basilica of the Annunciation. According to legend, the basilica was built in the very place where Mary received the message from God. It features an unusual architecture and has been the largest Christian church in the Middle East since its construction. This basilica has two ... Open »
Netanya
In Netanya, tour goers will be offered walks in interesting historical places. In the vicinity of the city, they can discover the ruins of the ancient Qaqun Fortress. The exact date of the citadel's construction is still unknown. The first written mention of it dates back to the 12th century. According to one version, the fortress was built by the crusaders to protect the ... Open »
Tel Aviv
The most ambitious scientific and historical center of the city is the Museum Eretz Yisrael, which name translates as the ‘Museum of the Land of Israel.’ The museum was opened in 1953; its walls house a rich collection of exhibits dedicated to the culture and traditions of local people. Its collection of ancient scrolls is considered to be the most valuable ever; ... Open »
Haifa
Next to it there is the Muslim cemetery and a mosque founded in the era of the Ottoman Empire. Among other attractions of the Lower City, the Railroad Museum with a rich and rewarding collection is worth mentioning. One of the most interesting sights is Adar. Its permanent symbol is Technion, the awesome Institute of Technology opened in 1912. There is also the Haifa Museum ... Open »

Culture guide to Amman. Which fascinating sights to visit once you are in Amman: temples, churches, museums, theaters and castles. Recommendations (with addresses, phone numbers and links) on the places 'must visit' in Amman. Plan your own city excursion by using this page info!