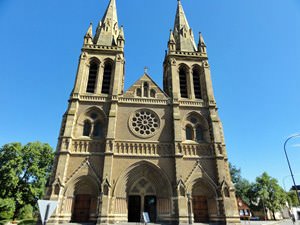 The locals are quite conservative. They are not very open when it comes to innovations. The city is home to several wealthy family dynasties, which members are very respected by the local people. Despite the fact that the indigenous people here adhere to old traditions and do not like to bring any changes in their lives, their lifestyle is quite active. There are always many people on the streets of the city. You can see people in a hurry at any time of a day. Make a walk through a park, and you will see cyclists and those who came there to make a jog. A notable fact – not only young people are actively engaged into sports, but also the elderly ones.
Guide to Adelaide sightseeing - things to see and to visit
This is one of the most beautiful cities of Australia located on the shore. Adelaide is widely known as a large center of wine-making. All suburbs of this city are devoted to vineyards and …

Open
Travellers never cease to be amazed at the easiness of navigating in the city. All streets in Adelaide form a network of rectangles - getting lost in the city is simply impossible. Adelaide is often called "the city of festivals” because of a large number of holidays celebrated in it. Thus, March is the time for the world-famous Arts Festival, on which young artists show their talents to public. Womadelaide is a large music festival that attracts a huge number of music lovers from all over the world. The festival takes place in February. In addition to lives of music bands guests enjoy performances of dancers. The Adelaide’s suburbs are the location of Barossa wine region. Once in two years the locals celebrate a holiday of a young wine.
Many people know Adelaide as a major gastronomic center. The reason for such title is in large choice of restaurants that specialize in various culinary areas. There is also one more unusual institution in Adelaide. You can hardly find anything similar to it in any other city of the country. It is a market of delicacies, which opens every evening at the central square of the city. The unusual market works until late at night. Besides exotic dishes visitors of the market can taste various popular national dishes. Copyright www.orangesmile.com
Family holidays with kids in Adelaide. How to entertain your child, things to show to children.
In the picturesque Australian city, travelers with children will have the opportunity to diversify their vacation with interesting active entertainment. They will be able to visit unique …

Open
The cultural life of Australia is very diverse and unique. If you are planning a trip to Adelaide at the end of February - be sure to visit the Beautiful Birth Festival. This holiday carries an important value for every local family, as far as celebrates the miracle of the birth, motherhood, and upbringing. Here you will be able to share your personal experience and gain a new one. During the event, you will also learn what kind of problems every mother can face and how to overcome them successfully. In short, if you are planning to have a baby in the future, or do not have enough experience to bring up a newborn baby, then definitely you must visit the Beautiful Birth Festival in Adelaide. 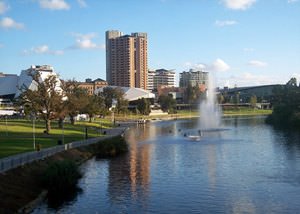 On February 22, there is another interesting event held in the capital of South Australia - Adelaide Fringe Festival of Arts. This is a large-scale and colorful event, which lasts from February 22 until March 16. Within three weeks, the city will be filled with representatives of all possible genres - music, theater, opera, painting, circus, cinema, thematic and educational exhibitions. The whole territory of Adelaide and the suburbs will be used as the main venue for the shows. Adelaide Fringe is one of the best opportunities for amateur artists to gain popularity. Every year, up to forty thousand people from all over the world come here and celebrate the festival's opening ceremony. Moreover, besides bright performances, you will have a chance to attend the subsequent grandiose party until the morning.
Cuisine of Adelaide for gourmet with top restaurants and cafe
Every traveler can find a restaurant to fit own taste in Adelaide. The central district of the city is the location of Jasmin - the restaurant dedicated to Indian cuisine. Among its …

Open
The Christmas carnival in Adelaide is known as the largest Christmas parade in the world. The pre-Christmas period begins long before December 25. For two or three weeks, people start to choose gifts and music is heard from every corner. Already in mid-November in Adelaide, a grand Christmas Parade takes place, which marks the beginning of preparations for the holiday. Locals celebrate Christmas with a picnic, homemade dinner or a barbecue, as far as hot weather allows spending time outside. During Christmas Parade, many spectators gather in the Norwood area. People come to see this festive procession with whole families. Children and adults watch with curiosity how groups of adults and children pass through them, depicting scenes of the Gospel events, heroes of famous books, representatives of ethnic communities in national costumes, pupils of schools, scouts, dance groups and musical orchestras.

This guide to traditions and festivals in Adelaide is protected by the copyright law. You can re-publish this content with mandatory attribution: direct and active hyperlink to www.orangesmile.com.
Adelaide - guide chapters 1 2 3 4 5 6 7 8 9 10 11 12 13 14 15

Cathedrals and basilicas near Adelaide
♥   St Francis Xavier’s Cathedral, Adelaide, 0.5 km from the center. On the map

The desire not to cause others any inconvenience, grows out of Australia’s anxious attitude towards convenience, especially in the domestic sphere. Choosing between beauty and comfort, they will most likely prefer the latter. On the streets of Australian cities, you can often meet people in strict suits and with sneakers on their feet: comfort when driving for them is much more important than the compatibility of styles. The same attitude is displayed in yet another of their well-known feature, their amazing sense of humor. Australians like to joke and they do so with pleasure. A typical Australian will never miss the opportunity to joke in a conversation about a neutral topic. He will also not hesitate to crack a good-natured joke on himself or a converser. However, they do not seek to ridicule people for the sake of it. In the Australian culture, witticisms and jokes are one of the attributes of informal communication. … Open

Colors of Adelaide in photos

Traditions and festivals in cities around Adelaide

Melbourne
Local people are of cheerful disposition, perfect sense of humor and positive attitudes towards life. They are used to high tourist traffic in their city that is why they meet foreign guests rather distantly but welcomingly. When talking to local folks they may seem to be careless and irresponsible as well as light minded. The matter is the passion of local people to epithets ... Open »
Canberra
Locals are very friendly and welcoming. They are distinguished by sparkling sense of humor and friendly attitude towards foreigners. Denial of any authority can be called a distinctive trait of inhabitants of the city. They are willful and value freedom. During your communication with citizens you will also notice that they are quite laconic. Locals are not used to thinking for ... Open »
Tasmania
Tasmania is famous not only due to its beautiful nature and interesting sites, but also because of its unique culture. Like many hundreds of years ago, there are still thriving craft traditions. Hobart is considered the crafts center of the island. There is the large-scale arts center called Salamanca in the city; former is a nonprofit organization situated in the old ... Open »
Sydney
One of the good traditions of local people is barbecue, which is attended by people of all ages. Many even called barbecue ‘the national sport,’ so common and beloved this event is. Another important feature is pithiness. Short summary of thoughts is welcome in the usual small talk, as well as in discussing important business matters. Local merchants can be truly called ... Open »
Brisbane
Local residents are distinguished by a peculiar character. They constantly follow the existing rules of etiquette and are very welcoming and friendly. Thus, the locals will certainly let women go first at the entrance. Owners of shops and restaurants often personally welcome their guests and offer them help. Despite the fact that such behavior is surely quite logical, many ... Open »

Cityguide on traditions, mentality and lifestyle of people in Adelaide. Learn the best periods to visit Adelaide to discover its soul - authentic festivals, events and celebrations. We will also reveal the interesting habits, attitude towards the world and to tourists in Adelaide.