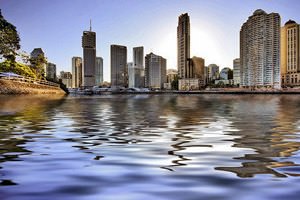 Local residents are distinguished by a peculiar character. They constantly follow the existing rules of etiquette and are very welcoming and friendly. Thus, the locals will certainly let women go first at the entrance. Owners of shops and restaurants often personally welcome their guests and offer them help. Despite the fact that such behavior is surely quite logical, many travelers may find it quite unusual.
Top touristic routes around Brisbane: architectural sightseeing and landmarks
Discovering the architecture of Brisbane from bird's eye view! St John Cathedral, Sir Thomas Brisbane Planetarium, Wheel of Brisbane, Parliament House, all those monuments are defining the image of Brisbane …

Open
The local people are also distinguished by tender and very careful attitude to their city. Without a doubt, they consider it the best place on earth, and no traveler is able to persuade them in the opposite. Feel free to talk on absolutely any subject with the locals. Heated debates about politics, sports and religious customs are quite common here opposite to many countries, where such themes as religion and culture are considered a taboo. The only thing that is recommended to be avoided during a talk is their personal life. All themes about earnings or social status of a person are also considered a sign of bad manners.
During communication a smile simply never leaves the lips of the Australians. They are always ready to joke at any occasion. Such a positive attitude to life is quite contagious. However, some aspects of behavior of the local residents may seem quite strange to visitors. For example, during a conversation they can call people, even almost strangers, only by their first name. If such treatment seems too rough for a traveler and he tries to explain it to the other party, most probably an Australian will express a profound perplexity. You shouldn’t consider such behavior as a disparaging attitude and familiarity. This is also a part of the local culture, which promotes equality in all spheres of life. Copyright www.orangesmile.com
Cultural vacation in Brisbane - fantastic architecture and monuments
Brisbane City Hall, Story Bridge, Suncorp Stadium, Customs House, as well as many others, they all become the world's cultural heritage objects and remain as iconic monuments for Brisbane …

Open
The Australians are very hospitable and always invite new friends to have a dinner. Guests must not forget to bring small gifts for gracious hosts, but here should be also considered a few nuances. If you are accustomed to taking a box of chocolates and a bouquet of flowers for a visit to someone’s home, you will have to change this tradition and bring the owners a few jars of good beer. This drink is an all-time favorite among the local people, so simply no meal is possible without it. However, beer is considered a male drink, so you can also bring a bottle of wine for a lady. 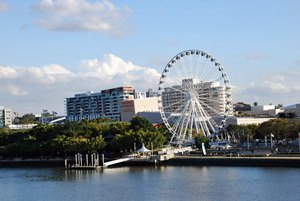 Various outdoor activities are the most favorite pastime of the local people. Rather than watching movies and eating in fashionable restaurants they prefer picnics and barbecues. In Brisbane you will find a large number of various places for outdoor recreation, so travelers always have an opportunity to support local traditions and have enjoyable rest in one of the city’s parks.
Guide to Brisbane sightseeing - things to see and to visit
Brisbane is the third largest city of Australia. This is a modern megalopolis that has retained the atmosphere of a colonial town. Here you will find tangles of coconut palms that border …

Open
Besides recreation in nature, a huge number of interesting festivals is annually held in Brisby (as it is affectionately called by the locals). The most famous, perhaps, can be called Brisbane Festival taking place throughout the month of September. The event is dedicated to art and considered one of the leading festivals of this kind. The program includes music concerts, theater productions, dance and circus performances. Another interesting event is the Woodford Folk Festival that takes place in late December during Christmas celebrations. This is the time of music, theatrical and comedy performances, street dances, mass festivities, performances, fairs, cabaret, debates, children's shows and, of course, fireworks. And all this is scattered all over the city. 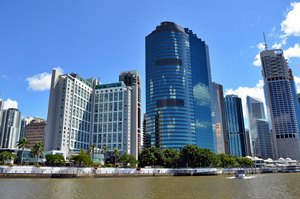 Earth Frequency Festival that falls in the middle of February is another interesting event dedicated to music and art. It is an open-air festival, which means that great fun is guaranteed. Here, namely in Ivory's Rock Conventions and Events, you can enjoy electronic and live music, all kinds of performances, exhibitions of fine arts, fairs, lectures, and workshops. The name of another multi-faceted festival is Bigsound Festival that is held in early September in Fortitude Valley. In addition to music shows, a conference, a children's program, after-parties, master classes, and exhibitions of fine arts are prepared for spectators.
Family holidays with kids in Brisbane. How to entertain your child, things to show to children.
Brisbane attracts tourists with children with an abundance of beautiful parks and entertainment centers. Guests of the city should definitely visit the reserve, Lone Pine Koala Sanctuary. …

Open
Visiting Brisbane in late February or early March, you can witness such an event as Future Music Festival dedicated to indie rock, electronic and dance music. Headliners of the festival are eminent stars who have made a name on the world stage. The same period (basically it falls on the middle or the end of February) is marked by another musical event known as Soundwave. Styles that you can hear range from heavy metal to pop-punk. Needless to say, headliners are always those who have already conquered the world stage. 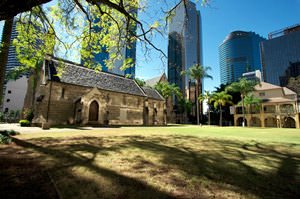 In early March, tourists are waiting for such a gastronomic event as Hot Dub Wine Machine. The festival is held in O'Reilly's Winery. In addition to tasting the best wines, those lucky ones who've decided to attend the event can enjoy a rich musical program and, of course, sampling traditional wine snacks - cheese, baguettes, meat, ham, salads. Positioned as a friendly family festival, it creates comfortable conditions for all comers. Another gastronomic event takes place in early June and is called Caxton Street Seafood and Wine Festival. It is held in Petrie Terrace, and, in addition to its gastronomic program, includes a musical one. And, of course, the good news is that the festival is frequented by world celebrities.
Cuisine of Brisbane for gourmet with top restaurants and cafe
Restaurants of Brisbane will surely please fans of European and Mediterranean cuisines, as well as connoisseurs of exotic dishes. The city is rich in dining facilities that offer delicious …

Open
Fans of picturesque and colorful shows will appreciate Brisbane International Boat Show. Usually, it falls at the end of August, and given that this is the largest event of this kind in the entire Southern Hemisphere, all marine fans are strongly recommended to attend the show. In September, comedians gather in Fortitude Valley to visit Bris Funny Fest - a comedy event, during which you can enjoy stand-ups, sketch shows, and improvised performances. The festival is held in different locations in Brisbane, but most of them take place in Heya Bar. 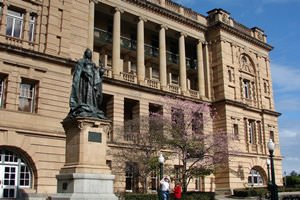 Another interesting event worth a visit is Stradbroke Chamber Music Festival. As you can guess from the name of the festival, it is dedicated to classical music. Its time is the end of July. It takes place in Point Lookout Life Saving Club right on the beach. And this means that besides practicing water sports you can also enjoy the beautiful music here. If you've arrived in Brisbane in the middle of August, you can visit such an event as Anywhere Theater Festival, the venues of which are different locations in the city. The entertainment program includes theatricals, magic shows, circus and dance performances, poetry evenings wherever possible - in bars, cafes, swimming pools - but not in the theater; the program is not limited to this.

This guide to traditions and festivals in Brisbane is protected by the copyright law. You can re-publish this content with mandatory attribution: direct and active hyperlink to www.orangesmile.com.
Brisbane - guide chapters 1 2 3 4 5 6 7 8 9 10 11 12 13 14 15

Cathedrals and basilicas near Brisbane
♥   St Stephen’s Cathedral, Brisbane, 0.7 km from the center. On the map 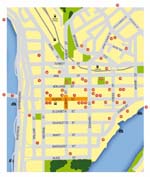 Colors of Brisbane in photos

Traditions and festivals in cities around Brisbane

Sydney
Going for a walk in the city, you will notice that citizens are inclined to a rather laid-back and a little bit careless style of dress. At the same time, going to a prestigious venue or a business meeting they are dressed in the strict and neat attire. Fans of outdoor activities and vibrant entertainment will be interested in visiting Sydney in January, as the most ... Open »
Canberra
For instance, when describing the benefits of a product, you should definitely mention its weak sides. Frankness and honesty are valued above all by indigenous people. Ordinary travelers will also notice this trait when they visit local markets and shops. A seller will never impose a low-quality product to customers and will surely answer all questions honestly. Locals are ... Open »
Melbourne
Actually the city residents are rather responsible and dutiful and their simplicity and ease in attitude towards sufficient matters solution is one of the remarkable ethnic traits of the local folks. The same impressive and remarkable trait of the character of local people is their individualism. Notably this character trait finds its reflection in any sphere of life. No ... Open »
Adelaide
Travellers never cease to be amazed at the easiness of navigating in the city. All streets in Adelaide form a network of rectangles - getting lost in the city is simply impossible. Adelaide is often called "the city of festivals” because of a large number of holidays celebrated in it. Thus, March is the time for the world-famous Arts Festival, on which young artists show ... Open »
Tasmania
Salamanca Center is one of the most attractive places of the region, because you can find very interesting art galleries and studios, in addition to various craft workshops there. The center often holds various cultural events. We can say that every local has a certain talent and successfully implements it in practice. In Tasmania lives a huge amount of skilled craftsmen, ... Open »
Christchurch
Airplane enthusiasts just need to attend the annual Wigram-Classics Airshow in March. Quite large-scale celebrations are held in Christchurch also during the European New Year. It is always celebrated here, even though the island has a hot summer at this time instead of a snowy winter. You can meet dancers and musicians in traditional Maori dress on the city streets on ... Open »

Cityguide on traditions, mentality and lifestyle of people in Brisbane. Learn the best periods to visit Brisbane to discover its soul - authentic festivals, events and celebrations. We will also reveal the interesting habits, attitude towards the world and to tourists in Brisbane.