Sightseeing in Zanzibar Island - what to see. Complete travel guide 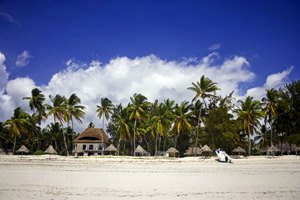 Zanzibar is the picturesque archipelago, the main treasure of which is unique nature and fabulously beautiful beaches. The archipelago includes the island of the same name, which has long attracted attention of curious travelers. Stone Town rich in historical monuments is situated on Zanzibar Island. Several years ago, this unique place attracted only fans of ecotourism. Today Zanzibar features well-developed infrastructure and is able to serve all travelers without exception.
Authentic traditions, festivals and lifestyle of Zanzibar Island inhabitants
Stone town is the centre of life here on Zanzibar, the majority of the local population lives right here. Nationals from all over the globe belong here: Saudis, Indians, Europeans, Chinese, …

Open
There is a luxury holiday complex, vibrant entertainment venues, and beautiful beaches, but the main interest for many tourists is the historical heritage of the island. The main attraction of the archipelago is its capital, which is usually considered a single architectural complex. Stone Town

was founded by the Sultan of Zanzibar in the first half of the 20th century and still survives in its original form.
It’s very convenient to explore the territory on foot. Walking through the winding stone streets, you can see small castles and quaint houses with high turrets built in keeping with the best national traditions. The city has several gorgeous mosques; many historic buildings were converted in restaurants and shops. Copyright www.orangesmile.com
Excursion over cultural sights of Zanzibar Island - 'must visit' points of interest
Even though most people come here to Zanzibar because of the great beach holidays, there is also quite a decent number of cultural sights. So, you definitely should see Anglican Cathedral. …

Open
The first settlement on the territory of present-day capital appeared much earlier, at the beginning of the 18th century; it housed a large complex of associated fortifications. Currently, travelers can see only a small part of thick fortification buildings. The amazing Cathedral of Christ completed in 1874 and the Cathedral of St. Joseph built in the late 19th century have survived in the capital. 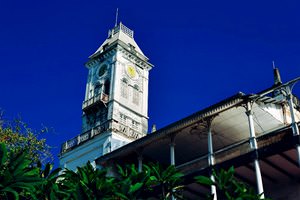 One of the most spectacular architectural attractions in Stone Town is Malindi Mosque featuring the minaret of rare conical shape. The most ambitious architectural complex of the archipelago is the palace of the Queen Fatuma, which is also known under the informal name, the House of Wonders. The former royal residence is incredibly beautiful; it seems that the structure is ageless. It’s worth to visit the National Museum of Zanzibar and appreciate its rich collection of ethnographic and art exhibits, and then pay attention to the historic sites located outside of Stone Town.
Your active city break in Zanzibar Island. Attractions, recreation and entertainment - best places to spend your day and night here
Zanzibar is a great place for an activity holiday. Of course, most of the entertainment is connected with the ocean because Zanzibar is an island. Conditions for kitesurfing are almost …

Open
To the north of the capital there is an important historical place, the ruins of amazing palaces Maruhubi and Mtoni. Far away from them there is the most iconic and unusual attraction of Zanzibar - spice plantations - one of the most visited sites in the archipelago. Since ancient times, the island has being growing dozens of different kinds of spices. Travelers have an opportunity to stroll through the extensive thickets of vanilla and cinnamon, nutmeg and cloves. There are dozens spices of hot peppers, ginger, saffron and turmeric. It’s also necessary to include in the excursion program a visit to one of the local factories. 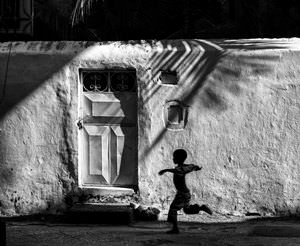 Fans of natural attractions won’t be bored too. It’s certainly worth to visit Caves Mangapwani

. Locals believe that these places have magical properties; it’s simply impossible to describe beauty of that sight in words. Despite the active influence of civilization, reserved Zanzibar Island hasn’t lost its historical grandeur that is perfectly complemented by amazing cultural traditions of the islanders.
Advices to travellers: what you should know while being in Zanzibar Island
1. Zanzibar became a resort center not so long ago. Therefore, there are not many tourists here. The island belongs to Tanzania geographically. The island is quite safe and civilized. It has …

Open
Zanzibar is an ideal place for beach recreation and diving. Travelers will be pleased to find gorgeous beaches with shiny white sand. Fuji Beach is located not far from the country’s capital. It is a comfortable place with several water sports centers. The beach is a great place for all vacationers who want to try waterskiing, snorkeling or take several scuba diving lessons. Fuji is also the starting point of excursions to the Turtle Island. 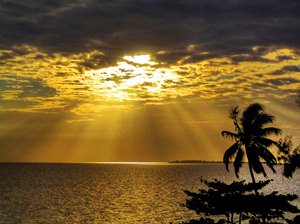 This beach has only one disadvantage – it is very crowded, so travelers who prefer more silent and secluded places are better to choose another beach, Mangapwani. Romantic travelers are simply in love with one more resort in the region, Nungwi, which has become famous for its picturesque coral lagoons. Local beaches are widely recognized as the most beautiful on the whole archipelago. Thanks to their rich underwater world, they are very popular with divers. In the northern part of the archipelago, vacationers will find Kendwa Beach that has another informal name, “the beach of millionaires”. The most luxurious hotels, restaurants, and entertainment centers of the region are located close to that beach. Needless to say, the choice of entertainments is amazing. The beach is well-kept and it is very comfortable and pleasant to stay there.

This guide to iconic landmarks and sights of Zanzibar Island is protected by the copyright law. You can re-publish this content with mandatory attribution: direct and active hyperlink to www.orangesmile.com.
Zanzibar Island - guide chapters 1 2 3 4 5 6 7 8 9 10

City tours, excursions and tickets in Zanzibar Island and surroundings

National and city parks around Zanzibar Island
♥   National Park 'Saadani National Park' , 68.5 km from the center. On the map

Sights around Zanzibar Island from our guide 'Extreme places on Earth' 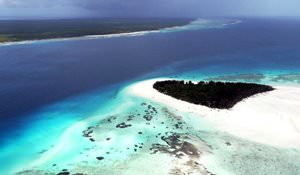 Distance from Zanzibar Island center - 35.1 km.
The divers who wish to investigate the coral gardens located near the island can see more than 600 species of birds, as well as the rare green turtles. During a hike through the island you can meet the tiny songbirds and the exotic insects. For several years Mnemba has been one of the most romantic islands on earth. When you look at them from the bird's eye view, the island outlines are reminiscent of the emerald green heart, which is surrounded by the strip of white sand. … Read further

Sightseeing in Tanzania: things to see 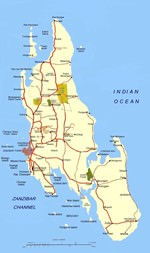 Search touristic sites on the map of Zanzibar Island

Sightseeing in regions nearby Zanzibar Island

Dar es Salaam
After the end of World War II, Dar es Salaam started developing actively. In winter 1961, Tanganyika finally became independent, and Dar es Salaam became its capital. When Tanganyika and the People’s Republic of Zanzibar merged to form a new country, Tanzania, it was decided to make another city the new capital. The process of changing the capital hasn’t finished yet. The ... Open »
Nairobi
More than several hundreds of different reptiles live in the park. The collection is constantly growing because zoologists often find, confiscate, or save various African reptiles. Once, the park’s veterinary doctors had to save an octopus. Visitors can now see it during an excursion in the snake world. The reptiles and amphibians that are safe for people often participate ... Open »
Antananarivo
Performances in the local Hira Gasy Theater occupy a particular place among cultural events of the city. Here best Malaysian artists compete in the art of dance, poetry, and music, making each performance truly unforgettable. Among architectural buildings and historical sights one should mention the ensemble of castles Ambohimanga Rova, the burial vault of Madagascar royal ... Open »
Addis Ababa
By the way, don’t forget to visit the National Museum and the Archeological Museum, and if museums are definitely not among your passions, you will like the excursion to the “Castle of Africa” – one of the largest and richest markets of Addis Ababa is located around this castle. The suburbs of this city are full of recreational zones and unique relic forests. Visitors ... Open »
Victoria
Wildlife lovers should visit the West Coast, where there they will find several secluded bays and beaches. Here you can not only enjoy gentle sea, but also have a picnic in the real tropical nature. Diversify your rest by visiting excursions, the majority of which passes through the capital of the island - Victoria. Here you will find a museum of natural history, as well as ... Open »
Mahe Island
Art lovers will enjoy Craft Village, a kind of artisan village, where products of the best masters of the island are represented. While walking through the capital you should definitely look into the historic museum or stroll through the beautiful Mont Fleuri botanical garden. The garden was founded in the early 20th century by one of the wealthy gentlemen living on the island. ... Open »

All about Zanzibar Island, Tanzania - sightseeings, attractions, touristic spots, architecture, history, culture and cuisine. Prepare your trip together with OrangeSmile.com - find out the 'must see' things in Zanzibar Island, which places to visit, which excursions to take, where the breathtaking views are waiting for you. Planning your trip with this travel guide will help your to get the most out of Zanzibar Island in few days.