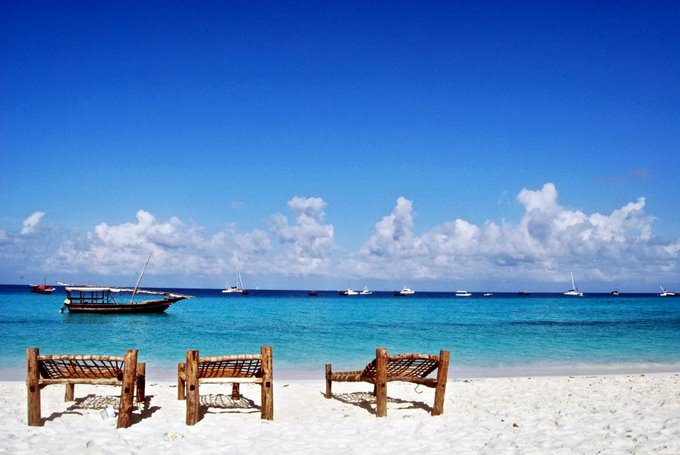 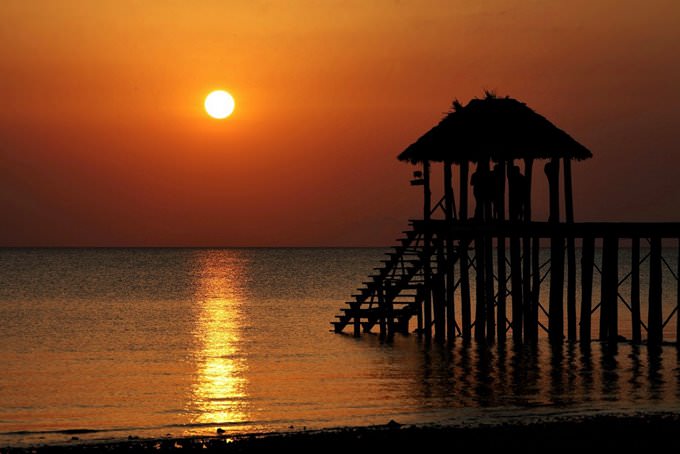 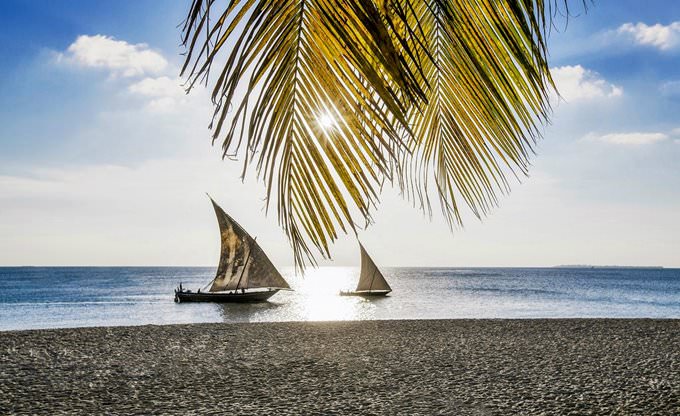 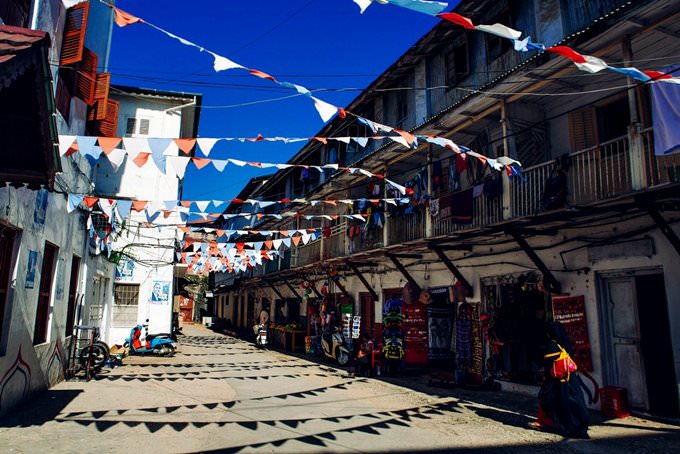 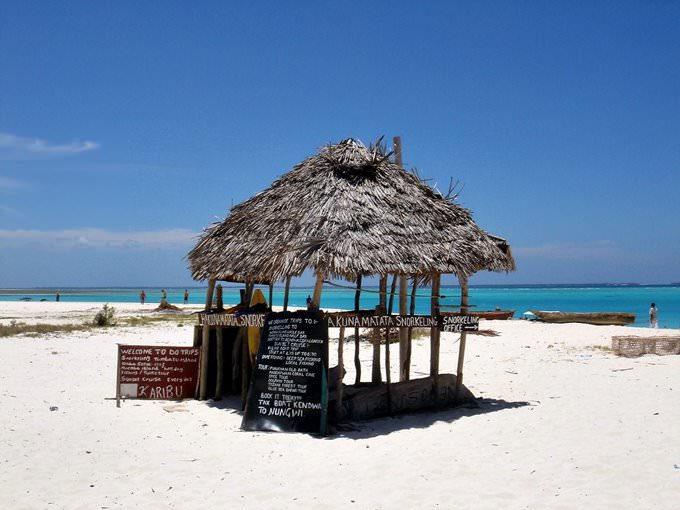 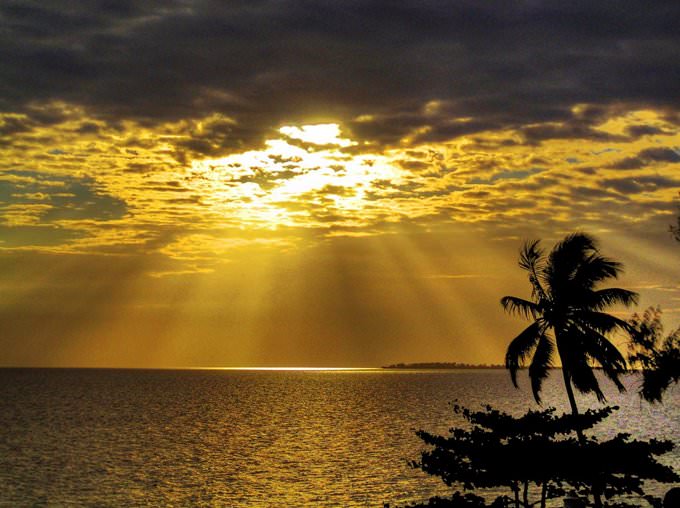 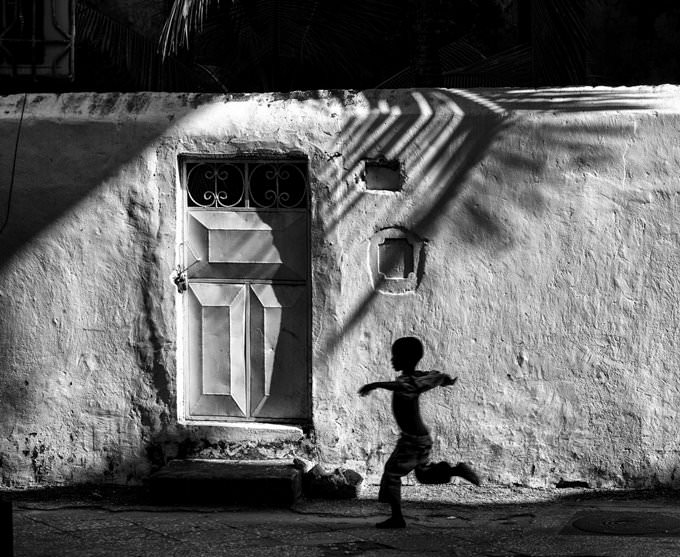 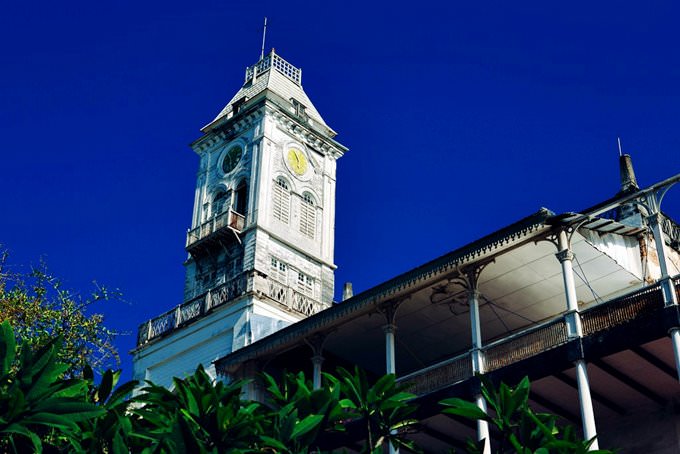 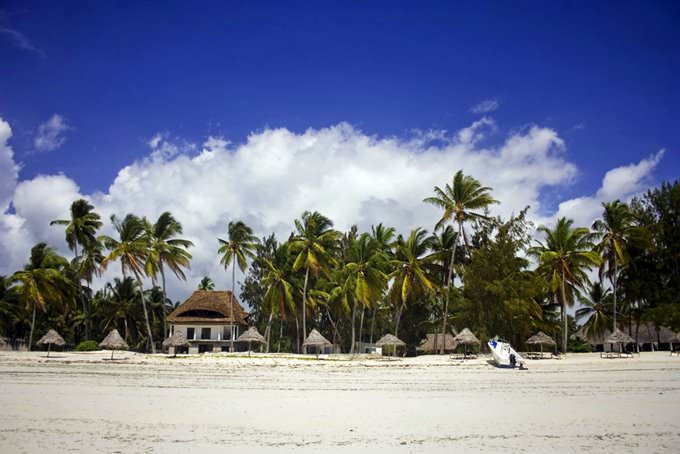 Chapters of the guide to Zanzibar Island

This beach has only one disadvantage – it is very crowded, so travelers who prefer more silent and secluded places are better to choose another beach, Mangapwani. Romantic travelers are simply in love with one more resort in the region, Nungwi, which has become famous for its picturesque coral lagoons. Local beaches are widely recognized as the most beautiful on the whole archipelago. Thanks to their rich … Open

Zanzibar Island for children - what to visit

As for schoolers, offer them going to Changuu Island. It would be rather informative as they will learn interesting facts about the history of slavery. In addition, there is a park of giant turtles there. We would highly recommend big families to visit the island altogether – adults with babies and teenagers. You can give turtles some grass to chew that you will get at the entrance. You definitely have to swim at … Open

Memories of Zanzibar souvenir store is located on the same street. There are interesting publications about Zanzibar, silver jewelry made in traditional techniques, ethnic dishes, bright flip-flops, and discs with African music here. It's not hard to find the store. You should walk to the post office. You will see the Memories of Zanzibar sign in front. It is recommended to visit the Chang market. It is famous for … Open

Travelers who are planning to have vacations in the northern part of the island should pay attention to Nungwi Beach. That’s the complete opposite of quiet Kizimkazi. Active tourists are sure to enjoy this part of coast, as a variety of entertainment here is just huge. The beach has an old lighthouse with an observation deck, a great aquarium and water sports center. In the immediate vicinity of the coast there … Open

8. Theft occurs both in the hotel room and on the street. Therefore, you should not carry large amounts of cash with you. It will be better to put your valuables in the hotel safe. It is better not to go to deserted and remote areas at night. You should also not carry the original documents with you. Make copies and leave the originals in your room. 9. There are no special requirements for clothing here, … Open

Traditions and mentality of Zanzibar Island

Zanzibar Film Festival is a huge annual event. It takes place in Summer in the last week of June and the first one of July. Apart from movie screening and plays, there are forums and conferences concerning place of women in the continent’s art. «Children’s view» is also a part of the event: it includes performances of children music and dance teams. All the activities are usually free, you only have … Open

Search touristic sights on the map of Zanzibar Island

Photogalleries of neighbours of Zanzibar Island