Sightseeing in Nairobi - what to see. Complete travel guide 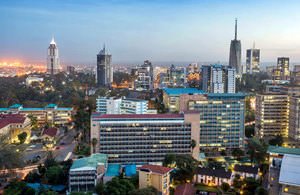 In West Africa, tourists can visit an interesting large city – Nairobi, which is the capital of Kenya. Numerous travelers visit this city every year to participate in fantastic safari, explore the gorgeous historical district, and visit different authentic shops and even charming farms. The latter, surprisingly, are also a landmark of this wonderful settlement. The river, which gave the city its name, only makes this region even more picturesque. Quite often, it is possible to hear how people call Nairobi “the Green City in the Sun”. This nickname has become very popular because the city’s administration takes care of the parks and other green areas in Nairobi.
The territory of modern Nairobi was marshland until the 19th century. No one lived here. In 1899, the first station responsible for the maintenance of the railroad from Uganda appeared in this region. This event marked the foundation of the city of Nairobi. However, a plague epidemic soon emerged in the settlement, so it was necessary to burn all buildings. One year later, it was decided to rebuild the completely ruined town. In 1905, the British protectorate decided to move the country’s capital to another city, changing Mombasa to Nairobi. Naturally, this was a major boost to the development of the city’s infrastructure.
Under the British rule, the city got a municipality status in 1919. However, the continuously expanding territory of Nairobi enraged the indigenous peoples of Maasai and Kikuyu who were the original owners of this territory. After the end of World War II, the Mau Mau rebellion emerged in the country. People succeeded in pursuing their dream, and Kenya finally became an independent country. This event marked the start of another period of development for the capital city. In 1998, terrorists from Al-Qaida bombed the embassy of the United States. This attack claimed the lives of almost two hundred people. Copyright www.orangesmile.com
Start your acquaintance with Nairobi in the National Museum that is open in the capital. This venue exhibits unique historical and anthropological artifacts discovered in Kenya during archaeological excavations. Once, local fishermen got a rare catch – a coelacanth, a rare genus of Latimeria fish. Nowadays, the stuffed fish is exhibited in the museum. The National Museum has other famous exhibits, for example, the skeleton of Turkana Boy, which raised much concern and arguments among the religious communities. 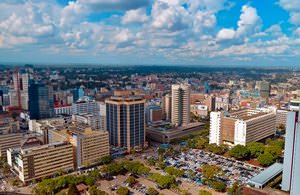 The official opening of the National Museum took place in late September in 1930. Initially, the venue had another name – Coryndon Museum – after Sir Robert Coryndon, the governor of Kenya. Thirty years after the proclamation of the independence the museum received the “national” status. Nowadays, the collection of this museum tells local people and foreign tourists about the history of Kenya and its capital. Check the collection of the museum out to learn more not only about the history of this land but also to see interesting exhibitions of Kenyan art of different periods.
Would to you like try something thrilling? In Nairobi, tourists can visit an interesting park with all kinds of snakes and reptiles. The first visitors saw a live collection of this park in 1961. The main purpose of this venue was to tell local people and tourists about the snakes and reptiles that are indigenous to Africa. The collection includes many venomous species. Besides snakes, there is a Nile crocodile in the park. Without a doubt, the serpentarium with the deadliest snakes is the most popular part of the park. The poison of the snakes that live here can kill a human in minutes. Black mamba and Bitis are among the most popular inhabitants of this serpentarium. 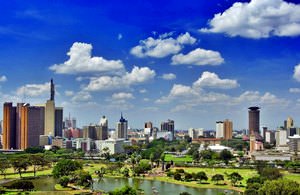 More than several hundreds of different reptiles live in the park. The collection is constantly growing because zoologists often find, confiscate, or save various African reptiles. Once, the park’s veterinary doctors had to save an octopus. Visitors can now see it during an excursion in the snake world. The reptiles and amphibians that are safe for people often participate in various interactive masterclasses and always attract many visitors. Besides all kinds of reptiles, there are many different birds in the park. They often fly above visitors. Everyone is welcome to feed the crocodile with fresh fish. Of course, the park’s staff won’t leave you alone with the dangerous predator.
The Kenyan airport is located twelve kilometers from Nairobi. Many international air carriers from Europe and Asia fly to this airport. That being said, some countries do not have a direct air connection to Nairobi. In this case, travelers need to make a change in Amsterdam, Dubai, or Paris. These are the most comfortable variants. Additionally, passengers can make a stop in Istanbul and Cairo. It doesn’t matter where you decide to make a change, the average time in transit is between ten and twelve hours. Upon arrival in Nairobi, it is possible to reach the city center by taxi or bus.
This guide to iconic landmarks and sights of Nairobi is protected by the copyright law. You can re-publish this content with mandatory attribution: direct and active hyperlink to www.orangesmile.com.

City tours, excursions and tickets in Nairobi and surroundings

Sights around Nairobi from our guide 'Extreme places on Earth' 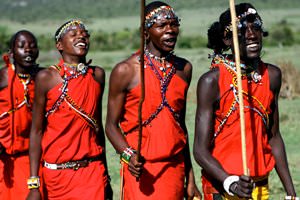 Distance from Nairobi center - 21.8 km.
Though they traditionally dressed in animal skins, today, typical Maasai dress consists of red clothes. Women wear silver jewelry. The savannas, where the Maasai people live, are very extensive and some tribal groups live close to cities. Thus, they have a close contact with the "white people". They often make colourful dance performances in hotels. Some tourists prefer to make personal visits to the villages of the nomadic tribe. Those representatives of the tribe who live in complete isolation in remote areas of the savanna have never seen people of a different skin colour. … Read further

Sightseeing in Kenya: things to see

There are several important archaeological sites in Kenya. The ruins of Gedi, which are hidden deep in a tropical forest, are one of these attractions. Scientists think that this city was founded in the 13th century and had a population of more than 2,500 people. It is still a mystery why citizens of Gedi suddenly left their homes. There are still many ruins of old houses in Gedi, and tourists are welcome to explore them. … Open

Search touristic sites on the map of Nairobi

Sightseeing in regions nearby Nairobi

Zanzibar Island
One of the most spectacular architectural attractions in Stone Town is Malindi Mosque featuring the minaret of rare conical shape. The most ambitious architectural complex of the archipelago is the palace of the Queen Fatuma, which is also known under the informal name, the House of Wonders. The former royal residence is incredibly beautiful; it seems that the structure is ... Open »
Dar es Salaam
The other beach is quite narrow. This is an incredibly beautiful area but it is not very comfortable for beach recreation. There are beautiful forests on the island, and some of them are so dense that it is better not to explore them alone. Sharp rocks block the way from time to time, encouraging tourists to return back. Consider heading to the northern part of the island and ... Open »
Addis Ababa
The majority of tourists, who visit Addis Ababa, visit the central square of the city which is named after the emperor Menelik II. The square is the location of the famous statue of the emperor, who is pictured riding a horse. Here you will also find one of the most beautiful religious buildings – the Church of St. George. Walk or ride just several quarters to the south and ... Open »
Lalibela
Some people believe that the legendary Ark of the Covenant might be stored in the St. Mary of Zion Church. All Christians in Ethiopia visit this church to bow to the relic. Numerous pilgrims also visit the shrine. The church is a complex of two shrines and a chapel with the famous ark. It was built in the 30s of the 17th century. Only foundation stones have left from the ... Open »
Djibouti City
Among the most famous places of interest we should definitely underline the market named Le Marshe Central. Here visitors can buy various goods, including large choice of sea food and exotic fruits. The most beautiful and large-scale building of Djibouti is the President Palace that can be seen in the central part of the city. It looks like a building of the colonial period; ... Open »
Jibla
Jibla was founded in 1066. Ali al-Sulayhi was the sultan of Yemen at that time. He made an order to build a new settlement. When the ruler died – this event happened only one year after the foundation of Jibla – his son Ahmad succeeded him. However, the new ruler couldn’t perform his tasks well because he was paralyzed and completely motionless. His wife, Arwa ... Open »

All about Nairobi, Kenya - sightseeings, attractions, touristic spots, architecture, history, culture and cuisine. Prepare your trip together with OrangeSmile.com - find out the 'must see' things in Nairobi, which places to visit, which excursions to take, where the breathtaking views are waiting for you. Planning your trip with this travel guide will help your to get the most out of Nairobi in few days.