Fun and festivities in Venezuela - celebrations, festivals and cultural events 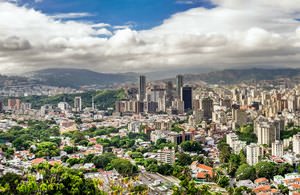 Venezuela's Independence Declaration Day is celebrated in the country on April 19. This is the main national holiday. The Spanish governors were deposed in the spring of 1810. Popular uprisings began all over the country. The Governor was removed from power in the capital on April 19. The liberation movement against the Spanish colonizers began. This date is the most significant in the history of the country for three centuries. Celebrations take place throughout the week in Venezuela. Some people are in a hurry to leave the bustling city for this period. They travel to the Caribbean Sea.
National cuisine of Venezuela - specialties, recipes and restaurants
The culinary traditions of the national Venezuelan cuisine were formed under the influence of Europeans, the indigenous population of Latin America, …
Read further
Carnival is the noisiest and fun holiday in the country. It takes place in February. It is celebrated with a great scale in the capital. Processions are not so crowded in remote regions. The holiday is more like a music festival. Colorful events take place over two days across the country. Everyone dances and has fun. Almost no one works these days. Offices and businesses are closed. The movement of the crowd dressed in incredible costumes on the streets begins in the afternoon. Everyone who wants can join the participants of the carnival. A fun and friendly atmosphere reigns in the cities. Fireworks incredible in their beauty complete the holiday.
The feast of Corpus Christi or Holy Communion is an important event in Venezuela. It is celebrated on a very large scale, despite the fact that it is a religious holiday. It's like a carnival. Costumed processions with solemn prayers and communions are held in all regions simultaneously. Numerous dancers appear on the streets of cities and towns. They are dressed mostly in bright costumes and intimidating masks. Many people dress up as devils. Devilish dances to the sounds of national guitars and drums continue until the morning sometimes. This unusual sight attracts tourists from all countries. It is included in the UNESCO Intangible Cultural Heritage List. Copyright www.orangesmile.com
National traditions and mentality of people in Venezuela
Original traditions and customs of the local population, as well as a special way of life and attitude to life, were formed in the country due to the …
Read further
Simon Bolivar is the national pride of the country. His birthday is a public holiday. Events are held not only in Venezuela. All of Latin America honors the memory of the commander, a fighter for the liberation of the Spanish colonies. The celebrations begin with the raising of the national flag in Caracas. The festive parade takes place in the capital. The government of the country is present at it. Festivities are held in the square named after Bolivar. Schoolchildren come from all over the country to visit the museum dedicated to the heroic life of the commander. People carry a huge number of flowers to his monument on the embankment. This is one of the most favorite holidays in Venezuela. 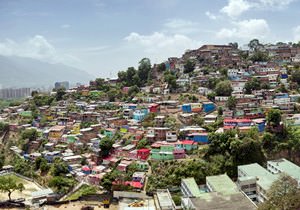 All Souls' Day is an unusual holiday. It does not look like a sad memorial event despite the fact that it honors the memory of the dead. The holiday is celebrated on November 2. No processions are held on these days. Small altars are placed in the house. They are decorated with flowers. Venezuelans visit the graves of the dead and put them in order. The absence of sadness is a characteristic difference in the holiday. Residents of the country sincerely believe that death is inevitable. It is a natural component of human life.
Venezuela cultural sights. What to see?
Any country can surprise foreigners with its sights and objects of historical and cultural heritage. Venezuela is no exception. Despite the fact that …
Read further
The Fair of the Sun (Feria del Sol) is held in the city of Merida. It is located near the peak of Simon Bolivar. It is the highest mountain peak in the country. The festival has an international status. Colorful performances, bullfights, and sports are waiting for guests. The election of the Queen of the Sun is the most striking event. This festival is very similar to a beauty contest. Guests of the festival can take part in the festival or go hiking in the mountains. The world's longest cable car operates in the city. There are many architectural monuments and interesting sights in Merida. No one will be bored here. 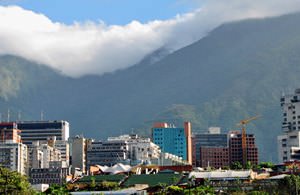 The International Guitar Festival has become one of the most significant events not only in Latin America but also around the world. The guitar is the main national instrument in the country. There is this four-stringed musical instrument of small size in almost every Venezuelan house. Popular tunes are played on it on all holidays. However, not only the Venezuelan national instrument is represented at the festival. The best guitars from all over the world are played in the best halls of Caracas throughout the week. Virtuosos from America and Europe come to Venezuela to participate in this event. Some guitar performances are accompanied by the famous Simon Bolivar Symphony orchestra.
Things to do in Venezuela - active leisure
People who prefer active entertainment and fun that increases the level of adrenaline in the blood in addition to the usual vacation on the beach make …
Read further
The Tattoo Festival in Caracas is an event worthy of attention. Fans of this unusual art form gather here every year. You can see numerous crowds of enthusiasts who are not afraid to cover themselves with tattoos on the streets of the capital for several days. Sometimes this sight is shocking. A Mexican woman who looks like a terrible vampire has been the star of the show for several years. In addition to the fact that there isn't a single inch of her body that isn't tattooed, she has acquired titanium fangs and horns. Not only tattoo fans come to the festival. Daredevils from all over the world visit this festival. Those who are impressed by the festival participants will be able to get an unusual tattoo in one of the pavilions.

This article about national fests and celebrations of Venezuela is protected by the copyright law. You can re-use the content, but only under the condition of placement of an active link to www.orangesmile.com.
Venezuela guide chapters 1 2 3 4 5 6 7 8 9 10 11

Attractions and entertainment in top cities of Venezuela

Isla Margarita
There is no seasonality here. You can ride the board at any time of the year. This makes a holiday on Margarita even more attractive. National Championships of kite-surfing and windsurfing are held annually on the beach of El Yaque. This beach is preferred by professional athletes. You can settle in the village of El Yaque. However, it is worth noting that Porlamar is only 20 minutes from the beach. El Yaque is a party place. There are bars and cafes here. The discos are arranged in the … Read more

Map of fun in Venezuela