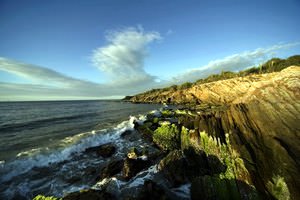 A beautiful and diverse country, Venezuela combines the charm of the Caribbean and outstanding culture of South America. In this country travelers can enjoy a classy beach holiday, enjoy observation of nature landmarks or choose to visit the Venezuelan Amazon jungle to see many exotic animals. Whatever you choose, a vacation in this country will be unforgettable.
What you need to know about Venezuela prior to visit - advices
1. Venezuela has been going through a severe economic crisis in recent years. This has adversely affected absolutely all spheres of life, including …
Read further
Los Llanos is located in an unpopulated part of the country. This is a great place to explore wildlife and see many species of exotic animals. Various birds, anacondas, caimans, capybaras and even jaguars can be seen during a tour. Travellers, who are keen on less adventurous vacations, will enjoy Canaima National Park that is present in the UNESCO World Heritage list. This is mostly a mountain area, some parts of which are covered with rainforests. The reserve is mostly famous for La Gran Sabana (the Great Savannah) and the Angel Falls.
The Angel Falls is always present in the list of the most beautiful waterfalls in the world. With its height of 979 metres, it is known as the highest free-falling waterfall in the world. The single drop of the Angel Falls reaches 807 metres. An interesting fact – the waterfall was discovered relatively not long ago. On the 16th of November, 1933, Jimmie Angel was making a flight on his plane and saw the waterfall. The Angel Falls got its name after the discoverer. Today, travelers are welcome to repeat that flight on a plane from Caracas or Ciudad Bolivar. Copyright www.orangesmile.com
What to see and what to visit in Venezuela with children
If you travel to Venezuela with children you should remember that the country has been going through a severe economic crisis for several years. It is …
Read further
Another site in the UNESCO list, Coro is a great place to see how the country looked like during its colonial past. Located not far away from the capital city of Caracas, Coro is home to almost 600 historic buildings that belong to the colonial era. Travellers, who are more into nature landmarks, should not miss Los Roques – a chain of nearly 40 islands. The islands are a great place to enjoy the Caribbean style rest, explore more than 250 coral reefs and a turtle sanctuary. 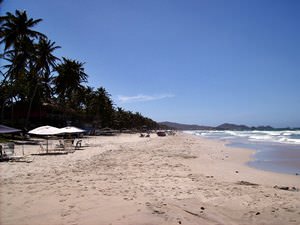 Caracas is the largest city in the country and its main economic centre. For unprepared travelers the city might be quite dangerous, so it’s better to ask a “Caraqueno” to provide you with recommendations. Such areas of the capital as Los Palos Grandes, El Rosal, La Castellana, El Hatillo, Altamira, Las Mercedes, Sebucan, Este de Caracas or Chuao are considered safe for tourists. There are also some districts, visiting which is recommended in the daytime and without valuable items.
Shopping in Venezuela - best shopping places, what to buy?
You can bring a lot of interesting things as gifts or souvenirs from Venezuela. The best souvenirs are those that can be eaten or drunk. Venezuela is …
Read further

Venezuela has a lot of interesting national symbols, one of which is rum. In the country, there are several historical factories that are now welcome tourists. Travelers have an opportunity to watch the process of producing rum, taste the best types and buy gift sets in special stores. 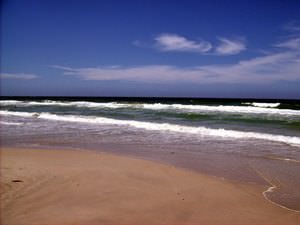 The country has preserved its beautiful craft traditions, so there are many artisanal workshops where lovely clay dolls are made. Another popular national symbol is colorful hammocks that you can buy in gift shops. Lace capes are very popular with representatives of the gentle sex.
When and where to 'hang out' in Venezuela - festivals and celebrations
Venezuela's Independence Declaration Day is celebrated in the country on April 19. This is the main national holiday. The Spanish governors were …
Read further
The most popular national drink in Venezuela is coffee. The country is also notable for the first-class chocolate. Literally in every city and town, there is a special shop where you can buy chocolate and different sweets. Sweet teeth should drop in Coromoto Cafe in Merida where different kinds of exotic ice cream are cooked. Here, you even can taste ice cream with shrimps and garlic.

This article about iconic landmarks and sights of Venezuela is protected by the copyright law. You can re-use the content, but only under the condition of placement of an active link to www.orangesmile.com.
Venezuela guide chapters 1 2 3 4 5 6 7 8 9 10 11

National and city parks of Venezuela
♥   National Park 'Canaima' . On the map

Famous and uniques places in Venezuela from our review series 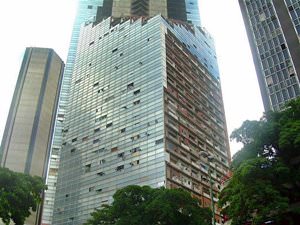 There is a notable unfinished building in the city of Caracas in Venezuela. This is Centro Financiero Confinanzas. It is also known to many travelers under the unofficial name of the Tower of David. Construction of the high-rise building began in 1990. The famous architect Enrique Gomez was the author of its project. David Brillembourg was one of the main investors in the project since construction began. Construction had to stop after his death in 1994.

The high-rise building is one of the three tallest buildings in Venezuela. It was in disrepair until 2007. Poor residents of the city began to settle in it later. So Centro Financiero Confinanzas is often called "vertical slums" today. According to some sources, more than 700 families live in it permanently. Small shops and various … Read all 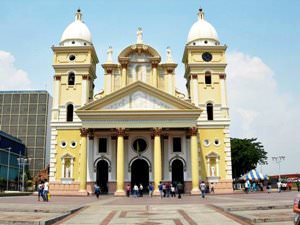 One of the most interesting among the cities of Venezuela is Santa Ana de Coro. Today the population of the old town is about 174 000 people. The settlement is located on the edge of the peninsula Paraguana, on the Caribbean coast. The small port town was founded here in 1527. In a few years, its scale increased tenfold. Every year new constructions were appearing.

Since the founding, one of the main port town issues were pirates who often plundered the place and burned it to the ground. Despite this, the town has been rebuilt each time. Today, it is possible to see a lot of beautiful historic buildings of 18th-19th centuries, which miraculously managed to survive. The port area, where old buildings were preserved, is of particular interest. The main attraction of the town is Zamora … Read all 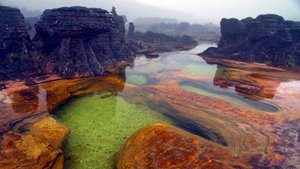 An iconic sight of Venezuela, which is known far beyond the borders of the country, is Roraima mountain. It shoots up for 2 723 meters. The main feature of the mountain is its absolutely flat top occupying an area of ​​about 34 square km. Since ancient times, the locals considered the mountain to be the sacred place. Numerous amazing superstitions and legends are associated with it.

The scenic mountain and its incredibly beautiful foothill areas attract both ordinary tourists and researchers from around the world. First show interest mostly in the incredible scenery that can be captured by photo and video camera. Researchers are attracted by rare endemic plants, which can not be found anywhere else in the world. It’s also worth noting that all travelers have an opportunity to climb … Read all
All unique sightseeing Venezuela

Sightseeing in popular cities of Venezuela

Isla Margarita
Vacationers, who do not want to surf and want to stick to usual swimming and sunbathing, will find El Agua Beach perfectly suitable. The length of this beach is roughly 4 kilometers. This part of the coast is covered with soft golden sand. The beach is also famous for its gorgeous nature. The northern part of the island is the location of one more awesome beach, Caribe. This is a charming place suitable for fans of calm beaches that are almost never crowded. Even in the peak of the tourist … Read more