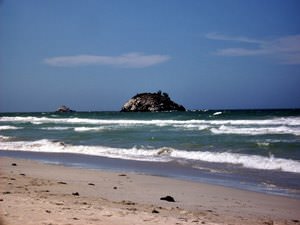 The culinary traditions of the national Venezuelan cuisine were formed under the influence of Europeans, the indigenous population of Latin America, as well as natives of Africa and Asia. It is this mixture of tastes and national preferences of different peoples that made the cuisine of Venezuela very tasty, diverse, and unique in its own way. Meat, potatoes, various legumes, rice, a variety of seafood, fruits, vegetables, spices, and seasonings have become the main ingredients of Venezuelan cuisine. All these components are combined in the most incredible and incomprehensible way in dishes sometimes. However, this is what makes the cuisine of Venezuela so unique and unlike other cuisines of the region and the continent as a whole.
Venezuela sightseeing - top places to visit
A beautiful and diverse country, Venezuela combines the charm of the Caribbean and outstanding culture of South America. In this country travelers can …
Read further
No food consumption is complete in Venezuela without a dish called "Comida Criolla". These are snacks that are an ordinary corn tortilla. It is called "tamale" or "arepa". All sorts of fillings are wrapped in this tortilla. This can be meat, vegetables, fish, or cheese. Sometimes arepas are part of more complex dishes. But often ordinary Venezuelans use arepas tortillas as an edible spoon for liquid dishes, sauces or as bread. They are so popular in the country that there are special shops in Venezuelan cities. They specialize in the production of these tortillas. If the cook is skilled he can make arepas in the form of thin pancakes. Pancakes with various fillings of cheese, meat, and other products are also very popular in Venezuela.
The population of Venezuela is very fond of meat. This is easily confirmed by the meat dishes traditional for this state. "Pabellon – Criollo” is one of the most famous meat dishes of Venezuela. This is a delicious mix of rice, beans, beef, and fried bananas. Ceviche is found in the cuisine of many countries in South America. It is prepared from vegetables, beef with the obligatory addition of rice in Venezuela. Sancocho soup is an appetizing and delicious dish. This is a thick stew of poultry meat. It is served with tortillas and fried cassava. Mondongo is also meat soup. This is a soup of vegetables and tripe. Any person will like meat cooked on coals. It's called "Carne-aspenchada" in Venezuela. Beef is also baked and fried over coals. It turns out a dish called "Parilla-Criollo". Copyright www.orangesmile.com
National traditions and mentality of people in Venezuela
Original traditions and customs of the local population, as well as a special way of life and attitude to life, were formed in the country due to the …
Read further
Venezuela is a country with a sea. This has led to a wide range of seafood and dishes prepared from it, which are found in the local cuisine. Classic Erbido is a fish soup with vegetables and local root vegetables with beef and poultry. Shrimps in the hot sauce are very popular. Avocado stuffed with shrimps or crab meat is also in high demand. It is believed that the best trout on the planet in terms of taste lives in the reservoirs of Venezuela. It is prepared everywhere. In addition, you can find dishes from grouper, sea bass or Dorado. Even piranha is prepared in the local cuisine. 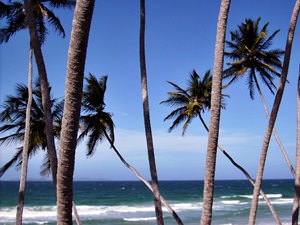 No Venezuelan dessert is complete without fruits and berries growing in the tropics. Strawberry or guava in cream is a favorite Venezuelan dessert. Guasakacha is often served as a dessert. This is a fruit and vegetable salad with avocado. The fruit pie of Quesillo is also very popular. Little kids love the candy of bananas or guava, as well as a dessert called "Dulce de Leche". This is a kind of soft and sweet caramel. Venezuelan cocoa and chocolate are among the best in the world. But they are almost absent in the country. All these goods are exported. But if tourists are lucky enough to find these sweets they should definitely taste them.
Venezuela cultural sights. What to see?
Any country can surprise foreigners with its sights and objects of historical and cultural heritage. Venezuela is no exception. Despite the fact that …
Read further
Juices from tropical fruits are very popular as drinks in Venezuela as in any other country in South America. It is customary to drink coconut juice directly from the fruit. You can refresh yourself with lemonade everywhere. It is prepared with sugar and juices of various fruits. It is called "papelon". Milkshakes are also popular here. They are called "merengada". Milkshakes are prepared on the basis of milk with fruit pulp and ice. Rum is very popular as an alcoholic beverage in the country. This is especially true for dark varieties. Venezuelans also use self-made moonshine made from wheat or rice. Venezuelan strong beer is known all over the world. It is sold everywhere. However, it is very difficult to find good local wine here. 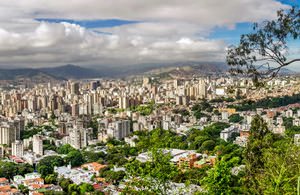 In addition to the cuisine that is considered traditional for Venezuela, local indigenous Indians eat such gifts of nature, from which the ordinary tourist will be shocked. They are very specific. Therefore, only very bold fans of gastronomic experiments can venture to taste them. For example, this is the famous jelly that is made from ants or fried snake meat. Fried cockroaches or larvae of various beetles rich in natural protein are used as treats. Morroko is a very specific dish. This is ground turtle meat. It's very tender. The dish has a special taste. It is fried or used in cooking stews, as a rule.

This article about national cuisine of Venezuela is protected by the copyright law. You can re-use the content, but only under the condition of placement of an active link to www.orangesmile.com.
Venezuela guide chapters 1 2 3 4 5 6 7 8 9 10 11

Cuisine and restaurants in popular cities of Venezuela

Isla Margarita
Chucho is one of the most interesting dishes on the island. This is a kind of layer cake. Layers of plátano and fish alternate in it. If you want to taste the national cuisine, be sure to order this dish. Fish-burgers with fish fillet or minced fish cutlet are a popular fast food on Margarita. Fish is most often fried here. Salad and necessarily avocado paste and olive oil are served as a side dish. You should taste arepa. This is a corn tortilla with a variety of filling options. This … Read more