Cuisine of Taveuni for gourmets. Places for dinner - best restaurants 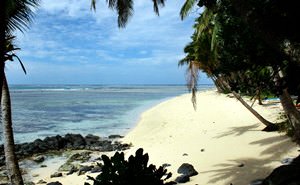 The inhabitants of Taveuni like other Fiji Islands have had a very limited diet for centuries due to their geographical location. Seafood, some types of root vegetables, and fruits form its basis at the present time. Rice, which is one of the most popular side dishes today, as well as Indian spices and curries, entered the cuisine of the indigenous islanders thanks to people from China and India.
Advices to travellers: what you should know while being in Taveuni
1. The temperature is quite comfortable all year round here. It is 28-35°C depending on the season. If you go to Taveuni during the rainy season from December to April, keep in mind that …

Open
You should definitely taste the dishes of the Taveuni aborigines to get acquainted with the culture of the islanders. This is natural, fresh, and delicious food. It is not spicy and with a moderate amount of seasonings. This food is suitable for almost everyone. However, some dishes are quite specific. For example, Balolo is considered a delicacy. This is a dish of sea worms. It's pretty tasty. But not everyone wants to experiment. It is recommended to order a salad of colocasia. It's called rourou. It is served with various dressings. This is a great side dish for fried or baked fish. You should taste fish curry at least once. This dish has long been a national dish. Different types of fish and seafood are used for cooking. It is served traditionally with rice or flatbreads such as Indian roti or chapati.
You should definitely taste Lovo. This is the most popular national dish. Meat, fish, and vegetables are wrapped in banana leaves and baked in a special earthen oven for its cooking. The dish is rich and very flavorful due to the long stew. Often this method of cooking is turned into a colorful show for tourists. You should order something made from local root vegetables related to potatoes: cassava, tapioca or taro. It is customary to cook both main and dessert dishes from them. Copyright www.orangesmile.com
Top hotels in Taveuni for business trip or short vacation
Discerning travellers will not have to look for a suitable place for a stroll for a long time. The choice of hotels on the Taveuni Island is more than worthy. The complex Coconut Grove …

Open
Cassava is one of the interesting desserts. Tapioca pulp is mixed with banana, sugar, and coconut milk. This mass is baked or fried. Vacalolo is another similar dessert. This is a kind of English pudding based on cassava and coconut milk. 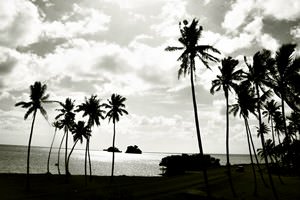 There are not many vegetables on the Islands. But you should pay attention to the local variety of asparagus. It's called a duruka. It is also fried or stewed. Of course, you should also taste the breadfruit dish. More familiar tomatoes, carrots, cucumbers, and potatoes are served in restaurants. But they are not used in local cuisine.
Guide to Taveuni sightseeing - things to see and to visit
Taveuni is rightly considered one of the most picturesque islands in Fiji. Many travellers know it under the unofficial name Soft Coral Capital of the World. The main feature of the island …

Open
You should taste fish and seafood. Fresh seafood cooked over the open fire with a side dish of salad and various sauces is the most delicious food that can be found on the island, perhaps. You should definitely order a Kokoda. This is a local semblance of ceviche. The fish is marinated in lime juice with spices. Incredibly tender and delicious fillet with a citrus flavor is obtained in the end. Of course, you should taste local seafood in any form. It is most delicious on the grill. Different fishes are served here. These are tuna, sardines, marlin, mackerel, and many others. You can taste a new type of fish almost every day. 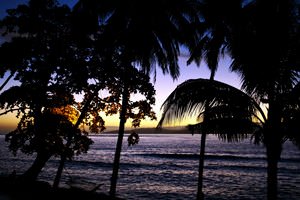 You will be offered fresh juice as the beverages in restaurants and cafes. Mango and pineapple juices are the most common. Young coconut juice is also popular. It is drunk directly from the nut. Of course, there is also coffee and tea in all establishments. But these drinks are quite expensive, especially coffee. You should definitely order kava. This is a specific drink from the Yangon root. It contains substances that have an effect similar to tranquilizers or relaxants. Therefore, be careful when drinking it. The process of kava drinking is especially interesting during special ceremonies that are held for tourists in villages.
Authentic traditions, festivals and lifestyle of Taveuni inhabitants
Indigenous Fijians make up the majority of the Taveuni population. This is a feature of the island, as ethnic Hindus make up almost half of the total population of most other Fiji Islands. …

Open
Alcohol is imported here. Therefore, it is expensive. For example, a wine that costs $6-7 in Australia will cost you 7 times more on Taveuni. You will pay about 40-45 dollars for a bottle here. However, the range of alcoholic beverages is very large in bars. There are local and not so expensive drinks. This is the Meridian Moselle wine, for example. There are Fijian beer Fiji Bitter in shops and cafes. You should taste Old Club Whisky or Bounty Fiji Golden rum from strong spirits. 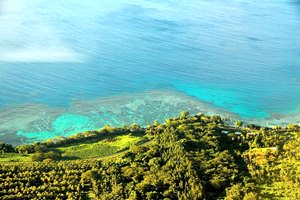 You will find almost no restaurants outside of the hotels here. Restaurant Tramonto is one of the few independent establishments. Delicious pizza and other Italian dishes are served here. A magnificent view of the sea opens from the terrace. It's especially nice to sit here at sunset in the evening. You can visit many restaurants owned by hotels. You only need to call and clarify this point. You should also book a table in advance. For example, local dishes of very high quality are served at Coconut Grove Restaurant. There is a menu for vegans there. But you need to book a table in advance to get to the restaurant if you are not a guest at the hotel.
Excursion over cultural sights of Taveuni - 'must visit' points of interest
Taveuni Island is one of the most interesting islands in the whole archipelago. Numerous both natural and man-made attractions are concentrated on a small area here. Tourists come here to …

Open
European and American cuisine is served at the Salty Fox Bar and Grill. They belong to the Taveuni Dive hotel. Delicious burgers, grilled dishes, and local cuisine are served here. You can enjoy a good range of cocktails and alcoholic beverages at the bar. It is recommended to order a lovo in Kai Time Restaurant & Bar. Other national dishes are also served here. You can also order a burger with French fries at this restaurant.

This guide to cuisine and restauraunt in Taveuni is protected by the copyright law. You can re-publish this content with mandatory attribution: direct and active hyperlink to www.orangesmile.com.
Taveuni - guide chapters 1 2 3 4 5 6 7

City tours, excursions and tickets in Taveuni and surroundings

Searching where to eat - restaurants and cafe on Taveuni map

Travel notes on best cuisine and restaurants of Taveuni (Fiji) on OrangeSmile.com. Famous recipes and traditional dishes and courses in Taveuni restaurants. Where to eat - our recommendations on popular places in Taveuni, where you can taste delicious meal and also spend a good time with your friends.