National traditions of Tanzania. Habits, mentality and the way of living 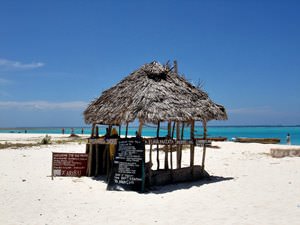 Tanzania is an amazing and paradoxical country if we compare its culture and relations with the rest of the world. On the one hand, its population mainly consists of representatives of indigenous tribes. There are about 120 different tribes on the territory of the state. About 80% of the country's population lives in rural undeveloped regions. On the other hand, Tanzania is the freest and most liberal African country in terms of religion and attitudes towards tourists. Over the centuries, the country was under the yoke of the Arab conquerors. It was an English colony too. About 97% of Zanzibar population are Muslims. More than half of the mainland natives call themselves Christians. About 30% profess Islam and another 12% honor local beliefs.
For active traveler - national parks, landscapes and nature of Tanzania
National parks and reserves are the main wealth of Tanzania. Natural treasures made a country popular among tourists from all over the world. One of …
Read further
Each Tanzanian tribe has its own customs and cultural characteristics associated with the history and religion. In some families, a wife and a husband sit at the table separately. In others, it is not customary for the parents of the husband to gather at the same table with his wife. Don’t pay extra attention to women in the families of Tanzanian Muslims, even out of politeness. This can be misinterpreted by local residents and even perceived as an insult. On the contrary, Christians consider compliments to be the best gratitude for a hospitality. Among those who adhere to traditional African religions, the cult of ancestors and the veneration of the forces of nature have a great importance.
A number of adherents of local beliefs is rapidly declining in Tanzania. Pagan religions can be met only in tribes in areas that are far from major cities. Most of these tribes have extended families and allow polygamous marriages. People are engaged in hunting, gathering, farming, and craft. Tribes speak isolated languages. The common language of communication in Tanzania is Swahili. English is also used in large cities. That's an influence of English colonizers. English is the second main language in this country. On Zanzibar, most of the residents also speak Arabic fluently. Copyright www.orangesmile.com
Best visiting periods - the climate of Tanzania
The climate is quite diverse in Tanzania. The further the region is from the Indian Sea, the drier the weather is. The higher the region is above sea …
Read further
The family in Tanzania is the main value. Therefore, it’s treated with a seriousness and respect to all traditions and rites. It is customary to have many children. On average, there are about 4 children in each family. Women are usually called after the first child in the family. A special attention is paid to the first-born kid. Traditions of the feast are quite unusual in Tanzanian families. Locals gather food from common plates and eat by fingers. Hands must be washed before and after meals. The right hand is considered clean, and the left hand is dirty. Therefore, you can only use your right hand. Tanzanians eat in families. They sit on mats on the floor. Food is served on small tables. Only the right hand is used to exchange gifts or handshakes in Tanzania, as this indicates the person's pure intentions. 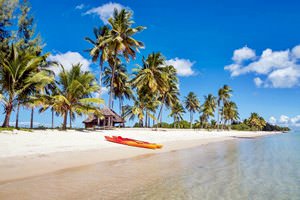 Tanzania has a rather unhurried way of life. The motto of local residents is 'Hakuna Matata', which means 'no problem'. Tanzanians used to do everything slowly, so don’t wait for an immediate service in the local restaurant or hotel. Even after a note, the locals smile and continue to do everything at their usual pace. The standard of living in Tanzania is very low. Therefore, locals will be very happy with a tip, which is 1-2 dollars for a service. Travelers with the fair skin should be prepared for an increased attention, especially from children. Despite their hospitality and cordiality, Tanzanians like to play a trick on guests of this country. They can prompt an incorrect direction or treat them with an extremely exotic dish.

This article about national traditions in Tanzania is protected by the copyright law. You can re-use the content, but only under the condition of placement of an active link to www.orangesmile.com.
Tanzania guide chapters 1 2 3 4 5 6 7 8 9 10 11 12 13

Cathedrals and basilicas in Tanzania
♥   St. Kilian Cathedral, Mbinga. On the map

♥   Abbey of Our Lady Help of Christians, Mtwara. On the map

♥   Cathedral of St. Joseph, Njombe. On the map

♥   Kihesa Cathedral of the Sacred Heart, Iringa. On the map

♥   Cathedral of St. Patrick, Morogoro. On the map

♥   Metropolitan Cathedral of St. Joseph, Dar-es-Salaam. On the map

Famous sites of Tanzania in pictures

Unique traditions in cities of Tanzania

Zanzibar Island
Locals are highly serious concerning marriage, and men usually have a role model among their ancestors at this point. So, a man should ask them for a piece of advice before making such an essential step. Then, they can discuss their family only if a master of the house gives permission. Women are given a firstborn’s name in traditional families. Besides, people take food with their hands from one big bowl sitting on mats. There is also one more interesting tradition – to chew clove shoots … Read more