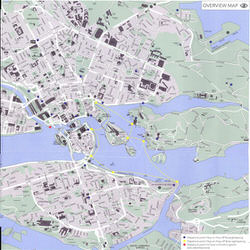 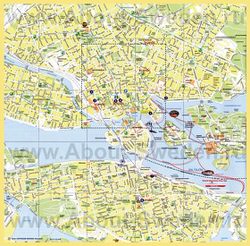 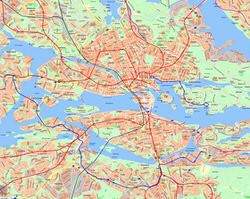 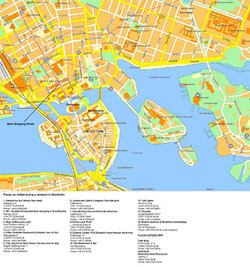 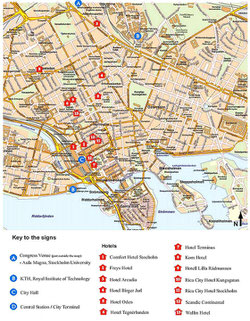 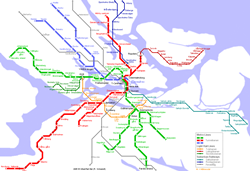 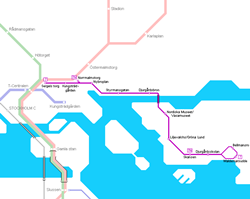 Interactive maps of hiking and biking routes around Stockholm

1. You can zoom in/out using your mouse wheel, as well as move the map of Stockholm with your mouse.
2. This interactive map presents two modes: 'Biking Routes' and 'Hiking Routes'. Use the '+' button on the map to switch between them.

This Stockholm map has two modes: 'Railway Network' and 'Landscape & Rural Map'. Use the '+' button on the map to navigate.

Our guide to Stockholm

The historic Lydmar Hotel is also well-known to fans of event tourism. Interesting cultural events take place virtually every month at this wonderful hotel. The release of the new album by Madonna, MDNA, took place at the hotel. Lydmar Hotel often hosts unusual celebrations, for example, an exhibition dedicated to 70th anniversary of Mohammed Ali. During the exhibition, a collection of unique photographs of the great … Open

Weekend in Stockholm in original style

While enjoying a vacation in Stockholm, do not limit yourself to the observation of standard landmarks, the detailed description of which you can easily find in any tour guide. If in childhood you were impressed by Karlsson-on-the-roof book, it’s high time to repeat the adventures of Karlsson and Lillebror and make a walk on the roofs. There is even a company, Upplev Mer, which organizes such excursions for … Open

Festivals and events in Stockholm

February is the month of design and beauty in Stockholm. Of course, long walks on the street in February are not possible, due to the short light day and severe windy weather. The best choice is to attend two major events in the world of Scandinavian design. The first event is the Stockholm Furniture Fair, which is the largest and most famous Scandinavian interior exhibition-fair. Here are exhibited the furniture, … Open

Hotel Hansson is also perfectly suitable for a romantic holiday. It is open in a fully restored building that dates back to the 18th century. Clients of the hotel will have an opportunity to pick one of the charming guest rooms on the top floor. Rooms of this category have an amazing peculiarity – the mansard type ceiling. The building was reconstructed, but such original elements as large windows and wooden beams … Open

In the center of Stockholm, there are no high-rise buildings, but you can observe the city, on the open observation platforms. The viewing platform of Stockholm, located at the highest altitude - 155 meters. With Kaknastornet, you can see the islands of the Stockholm archipelago. The viewing platform of the Kaknastornet TV tower is made from glass, but you also can also go up to the open air: here you will find a … Open

5. Tourists, who plan to save on accommodation, are recommended to choose a room in a private guest house. The rates in all hotels in Stockholm are quite high and directly dependent on the number of "stars". 6. Public transport is best way to travel in the city. By the way, this method is also the most economical one. Anyone can buy a special city pass, which gives the right to enjoy price … Open