National traditions of Singapore. Habits, mentality and the way of living 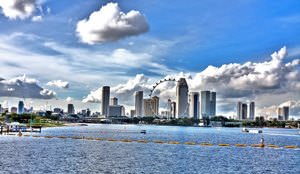 For the majority of tourists, the first impression of the small island is largely based on the local residents' friendly attitude to foreigners. It seems as if the Singaporeans know the secret of exceptional tolerance and respect for everyone and everything around. The island state is inhabited by more than fifty ethnic groups. What helps Muslims, Christians, Hindus, Buddhists and dozens of representatives of other religions live in peace and prosperity? A reverential attitude towards different cultures of the country has been instilled when Singapore gained independence. Today, after fifty years, the result is clearly visible - all the locals adhere to the generally accepted rules.
Singapore sightseeing - top places to visit
This small city-state managed to reach an incredible level of development. Without any natural resources, Singapore has become a modern metropolis, …
Read further
When Singaporean Muslims are visiting mosques, all the neighboring areas are quiet - everybody understands: it's their time for prayer. Christian temples coexist with Taoist monasteries. Their parishioners live in mutual understanding and respect for other people's customs. The government has long settled all land laws and other issues and equalized the rights of different faiths. There are certain neighbourship rules In Singapore. They are based on the ritual of acquaintance derived from the Malays, which is conducted according to the customs of their ancestors. Usually, it is a complicated and incomprehensible complex of rites strictly observed by the older generation. Young people often meet each other according to European traditions, confining themselves to a usual handshake.
In order to avoid misunderstandings at the first acquaintance with a Singaporean, it's worth to try echoing gestures of your interlocutor. To prevent shocking neighbors, in private houses or apartments it is forbidden to walk naked. However, incidents connected with communicating or visiting cultural and religious sites are easily mitigated by traditional Asian goodwill and restraint. Everyone who is invited over to a Singaporean should observe the custom of gift giving - it may be a small souvenir from a foreign country. Singaporeans respect the world cultures and are willing to get acquainted with the traditions of other nations. It is preferable to present a traditional authentic souvenir brought with a certain purpose. Copyright www.orangesmile.com
National cuisine of Singapore - specialties, recipes and restaurants
Singapore has absorbed all the Asian centuries-old traditions of the culinary culture. The national cuisine of the island state organically combines …
Read further
When you give a gift, you should hold it with both hands. Souvenirs are usually packed in the red or yellow paper. According to local belief, these shades bring luck. Red is one of the symbols of the country. Having received an invitation to any kind of celebration, it is recommended to include a red piece of clothing in your image. Thus, for men, it may be a tie or a scarf. There is no need to give flowers. In Singapore, each flower has its own meaning, which may be strikingly different and not always correspond to the given occasion depending on the religious traditions. In response to the gift presented by the visitor, the Singaporean will certainly give him/her a national trinket, after which decide for himself that the exchange of courtesies went well. In Singapore, it is customary to take off shoes at home or when visiting religious buildings, which is very important. 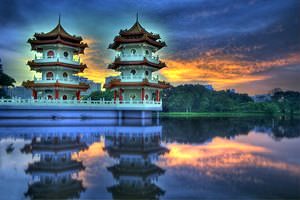 In public transport and on the street, locals move slowly and talk in a low voice. If you see a loud-mouthed passer-by, this is most likely a tourist. Singaporeans choose quite restrained clothes. For visiting shops, restaurants, walks around the city, men prefer to wear suits, and women - dresses. Official events require a mandatory dress code. Local people eat with bamboo sticks, while a set of cutlery habitual for the inhabitants of the western hemisphere is always present. Regardless of what type of cutlery a Singaporean prefers, he/she always uses only the right hand. This custom comes from the religious tradition of the Malays who consider the right hand a blessed hand, and the left one - unclean.
Singapore cultural sights. What to see?
Lying on several islands, the largest of which gave the country its name, Singapore is in the top ten Asian countries in terms of the number of …
Read further
Young Singaporeans pay tribute to the traditions of their ancestors without thinking about the history of the habit. Leaving food on a plate is by no means acceptable - it is considered an insult. Therefore, one should soberly assess their capabilities and order those dishes that can be eaten without any problems. On the streets of Singapore is almost impossible to meet a sad man. The habit of keeping smiling eyes is firmly rooted in the mentality of the small country's inhabitants. A distinctive feature of the Singapore culture is national holidays and celebrations, which are necessarily accompanied by colorful parades. Virtually all residents of the country take part in the festive processions. The program of most local holidays also includes enchanting shows, performances, and fairs.

This article about national traditions in Singapore is protected by the copyright law. You can re-use the content, but only under the condition of placement of an active link to www.orangesmile.com.
Singapore guide chapters 1 2 3 4 5 6 7 8 9 10 11 12

Cathedrals and basilicas in Singapore
♥   Cathedral of the Good Shepherd, Singapore. On the map

Famous sites of Singapore in pictures

Unique traditions in cities of Singapore

Singapore City
The streets of the city are distinguished by amazing clarity. The locals are very concerned about order and encourage visitors to respect the local traditions. Rubbish should be disposed only into special boxes. The person who breaks this rule may also need to pay a large fine. One more peculiarity of the city is the restriction to take food in non-designated areas. This rule sounds quite strange, but eating in this city is allowed in specially designated areas only. These are the peculiarities … Read more